92% of Alpine glaciers could disappear by the end of this century, researchers say 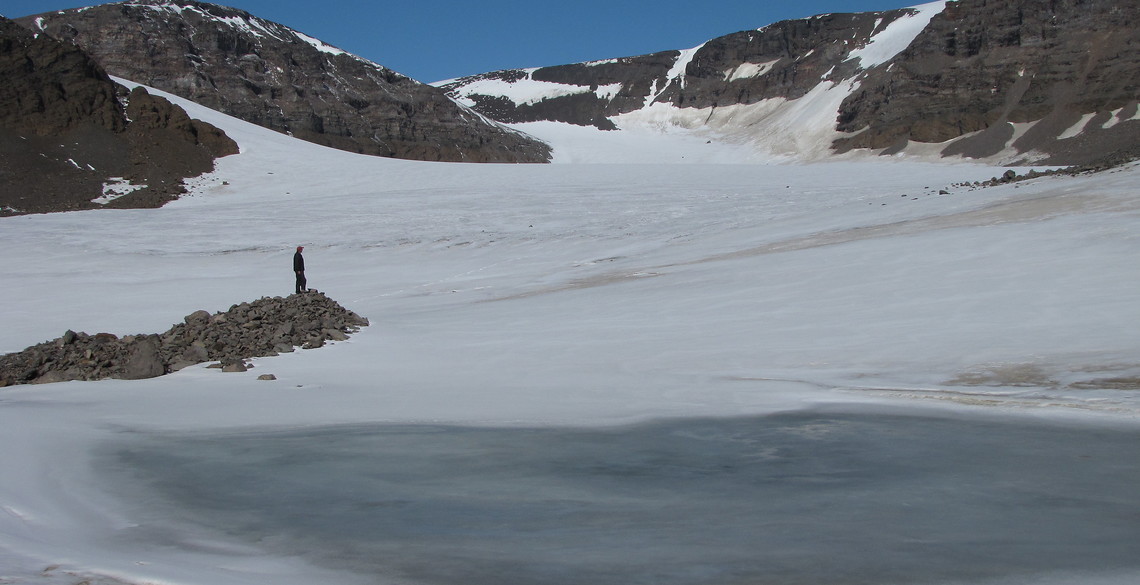 Climate change could result in the loss of up to 92% of glaciers in the Alps by the end of this century according to new research findings.

Led by researchers at Aberystwyth University, the European Union-funded ‘CHANGE’ project has modelled the Environmental Equilibrium Line Altitude of valley glaciers across the European Alps in order to make more accurate predictions of their likely response to climate change.

The mountain range’s 4,000 glaciers include popular skiing destinations such as the famous Klein Matterhorn in Zermatt, Switzerland, the Hintertux Glacier in Austria and La Grand Motte Glacier in Tignes, France. The findings suggest those popular ski resorts’ glaciers would be all but gone by the turn of the next century. There will also be knock-on effects for water storage, run-off and Alpine eco-systems.

In a paper published in the journal Climate Dynamics, the research team outlines its use of glaciological field techniques and numerical modelling of Environmental Equilibrium Line Altitudes (ELAs). The findings show that Alpine glacial response to climate change will be rapid and highly variable – information that is crucial for evidence-based policymaking.

The results cover the entire European Alps region, and are based on 200 years of climate records and forecasts covering 1901 to 2100. The research indicates that climate change will result in the loss of up to 92% of Alpine glaciers by the end of this century.

Professor Neil Glasser from Aberystwyth University, is the project’s coordinator.

Professor Glasser commented: “Climate change is a global issue, it affects us all, and one of its most immediate impacts is on glaciers and ice sheets. Glaciers are the ‘Canary in the Mine’ for climate change: their retreat is so fast.

“There will be bigger changes to come from climate change, but this dramatic disappearance of glaciers from the Alps is one of the most immediate and visible effects. These glaciers influence everything from ecosystems to human populations. One of the biggest impacts on the local population in the Alps is on water resources and the change in melt and run-off. That will have implications for drinking water, crops, irrigation, sanitation and hydro power.

“The findings from the CHANGE project also provide insights relevant to similar mountain glaciers globally. The results contribute to a better understanding of how glaciers in the European Alps are responding to a changing climate. If, as we expect, we see these patterns replicated on a global basis, the retreat of mountain glaciers will have significant implications for sea level rise.”

Dr Manja Žebre, the first author of the academic paper in the journal Climate Dynamics, added:
“Plans are being devised to apply the modelling approach used in this research project to other mountain glaciers across the globe such as the Andes, the Himalayas and the Rockies. Extending the research to these greater ranges will provide a more comprehensive picture of the likely impact of climate change on mountain glaciers globally.”

The team developed a new approach to simulate likely changes in the future Environmental Equilibrium Line Altitudes – the altitude at which accumulation and ablation are equal on a glacier and so can be thought of as balanced. They started by analysing the Randolph Glacier Inventory to locate and identify individual Alpine glaciers. They put these into a geographic information system and applied different climate change scenarios to forecast the impact of climate change on the ELA of all the Alpine glaciers.

Renato R. Colucci from the Italian National Research Council, who led the Italian team on the project added: "The Equilibrium Line Altitude is projected to exceed the maximum elevation of 69% of all the alpine glaciers even in the most optimistic scenario of greenhouse emission mitigation, and by 2050 almost if not all the glaciers below 3500 metres in the Alps will be very likely already melted. This is the first study to investigate the environmental Equilibrium Line Altitude of the entire Alps over such a long period and provides a good basis to better understand regional differences in glacier response to a changing climate."

As part of the wider CHANGE project, the research team also conducted fieldwork in the Italian Alps, including using drones, to inspect the bedrock and to map glacier change. Professor Glasser added:

“Until their disappearance, glaciers will continue to contribute to the hydrology of their individual basins, but in more varied ways. Most are likely to contribute more to run-off in the short term but, over time, the run-off will decline. Others will sharply decline in run-off and some may already have passed their peak run-off.”

The academic paper in Climate Dynamics is available here