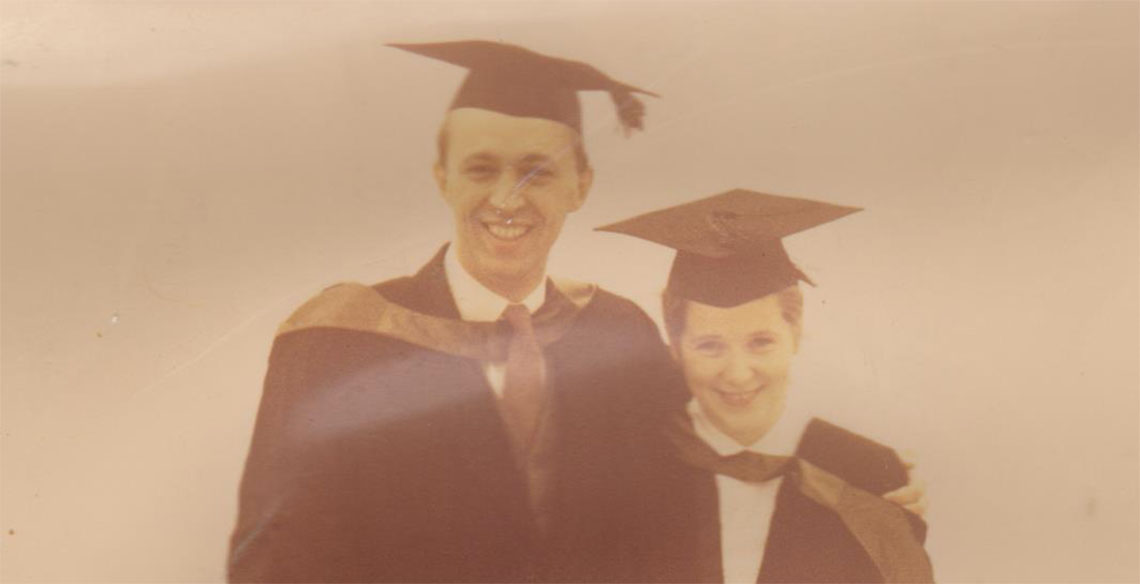 John and Annabel at Annabel’s Graduation in Aber, 1960. John was acting as marshal at the ceremony in the old King’s Hall.

On 12th August 1961, John Rodda and Annabel Edwards were married in the charming 15th century parish church of Knowle in Warwickshire. They first met in the South Practical Room in what was then the Department of Geography and Anthropology on the old foundry site in Alexandra Road. John had recently graduated and was working on his PhD and demonstrating. Annabel was in the undergraduate practical class. Annabel graduated in 1960. John completed his doctorate the same year with a ground-breaking statistically designed experiment deploying rain gauges up the Ystwyth Valley. He proved that the time-honoured dictum “rainfall increases with altitude” was only part of the story: aspect and exposure also play a part.

It was an opportune time in the development of Hydrology in the UK, as parliament debated the implications of recent research that suggested that planting forests in reservoir catchments was wasting valuable water resources in evapotranspiration. John gained employment as a research fellow on catchment studies in the Hydraulics Research Station near Wallingford, which soon saw the creation of the separate government-sponsored Institute of Hydrology. Annabel and John set up their life-long home in Brightwell-cum-Sotwell nearby.

John’s years in Aber proved valuable in identifying the catchments of the Upper Wye and Severn, the latter recently afforested, as the ideal location for the first experiment to test the theory. The research at Pumlumon gained international acclaim. John continued his rainfall studies, developing the pit gauge – the most accurate yet and widely tested on Plynlimon and in Oxfordshire – which proved that standard gauges underestimate rainfall by around 8% and more.

In 1969, John and Annabel moved to Geneva as John took up a post in the Secretariat of the World Meteorological Organisation. It would prove the first of many sojourns in Geneva, culminating in John’s appointment as Director of Hydrology and Water Resources for the WMO from 1988 till his retirement in 1995. In the intervening years when back home, John became Assistant Director of the Institute, and worked at the Department of Environment in Whitehall and the Water Data Unit in Reading.

One of John’s longest associations was with the International Association of Hydrological Sciences throughout key years in the development of the scientific discipline, commencing in 1967 and peaking as President from 1995 to 2001. John edited the Hydrological Sciences Journal and brought the IAHS Press to Wallingford.

Aber awarded him the DSc degree in 1979. The IAHS awarded him the International Hydrology Prize in 2004. Back in Aber, John was elected Honorary Professor in our Department in the early 1990s and continued to give lectures in the third year Global Water Resources course until 2009. John also initiated a series of conferences on “Celtic Hydrology”, the second of which was hosted in Aber in 2000. John has co-authored and edited a number of books, including World Water Resources at the Beginning of the Twenty-first Century (2004) and Progress in Modern Hydrology (2015). He has also been a visiting professor at a number of British and European Universities.

Annabel started her career teaching Geography in the Holt School in Wokingham, moving to Didcot Girls’ School as Head of Geography and she later became Head of Sixth Form and member of the Senior Management Team  In 1988 she left teaching to accompany John to Geneva. There, she became Consultant to the UN Non-governmental Liaison Service, for whom she published Women and the Environment to coincide with the 1992 Rio Earth Summit. In 1994, she published Women in the Humid Tropics for UNESCO’s International Hydrological Programme. At the same time, between 1990 and 1995, Annabel served as Programme Officer for the International Federation of University Women.

Annabel and John have two sons and four grandchildren.

We congratulate them both on reaching this milestone and wish them many happy returns of the day. 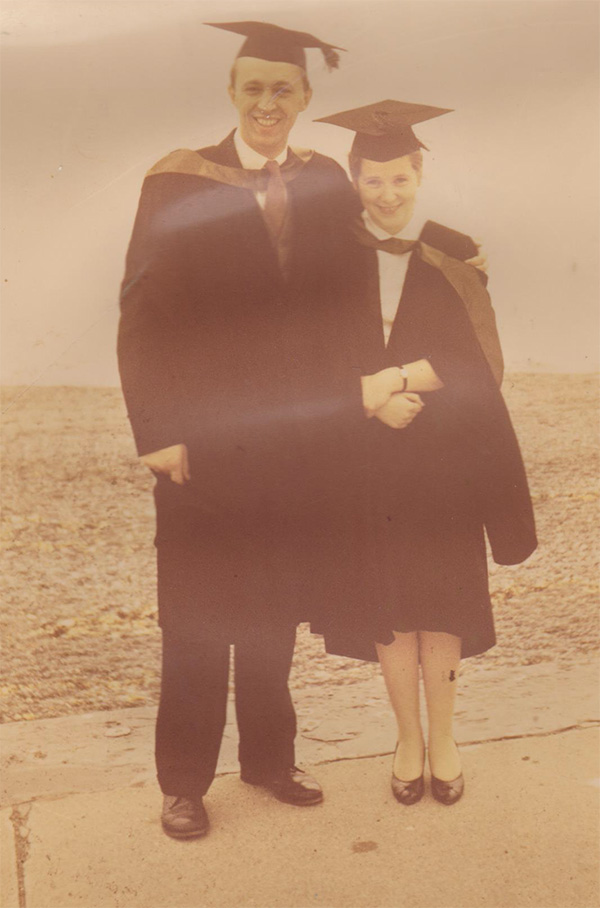 John and Annabel at Annabel’s Graduation in Aber, 1960. John was acting as marshal at the ceremony in the old King’s Hall. 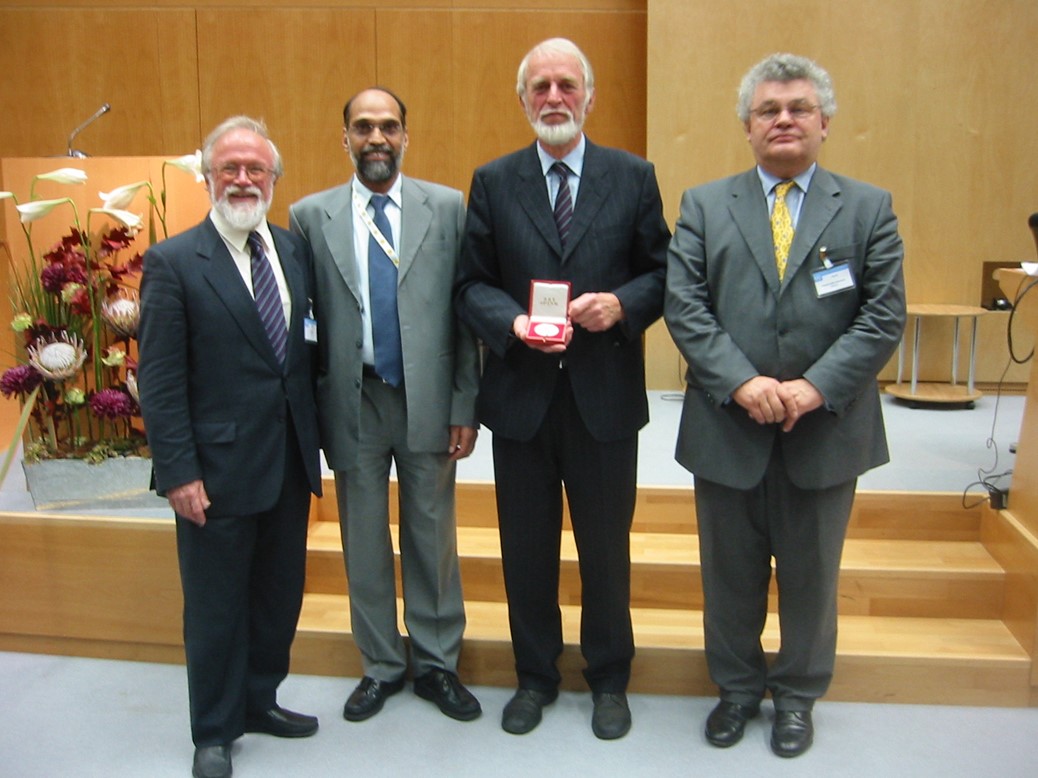