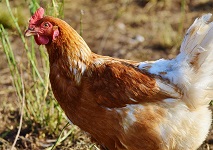 Research carried out at IBERS is developing solutions for Campylobacter infection, the most common cause of bacterial food poisoning for UK consumers.

Chicken is a major source of animal protein. The UK poultry market is worth around £2.5 billion with about 900 million broiler chickens processed annually. However, Campylobacter is part of the natural micro-ﬂora of the chicken gut. Whilst it does not aﬀect the health of the chicken, it results in severe gastroenteritis in humans, characterised by severe abdominal pain, cramping, diarrhoea, vomiting and fever. In 1% of cases, patients also develop reactive arthritis, and more rarely can develop Guillain-Barre Syndrome, a severe neurological paralysis that can last for up to a year. In the UK Campylobacter is responsible for more than 100 deaths per annum.

Campylobacter is excreted in the faeces of chicken, and so the skin and feathers of the bird are often heavily contaminated. In addition, the caeca, (part of the gut of the bird and the major reservoir for the bacteria), are often damaged during the slaughter process. A European Food Safety Authority study showed over 80% of raw chicken meat sold to consumers in the UK is contaminated with Campylobacter.

Bacteriophage are naturally occurring viruses that infect bacteria. In collaboration with researchers at the University of Cambridge, we have characterised the genomes of several phage that infect Campylobacter to determine their suitability as control agents, and to identify novel treatments such as phage lysins that target Campylobacter. In projects with industrial partners including Natural Feeds and Fertilizers (co-funded by a Knowledge Economy Skills Scholarship), and 2 Sisters Food Group Ltd, Moy Park Ltd, Wynnstay Group Plc, InQpharm, Eminate and Castell Howell Foods Ltd, (co-funded by the Innovate UK), we have undertaken feeding studies. These use novel antimicrobial compounds to reduce survival of Campylobacter in the chicken gut and next-generation genomic sequencing techniques to document the changes that occur in the gut microﬂora in response to these feeds.

Campylobacter is killed by cooking, and attention to hygiene in the kitchen to prevent cross-contamination via food preparation equipment goes a long way to reducing the risks to consumers. However in the longer term reducing overall levels of Campylobacter in the chicken gut itself, together with improvements in abattoir processing procedures, are needed to avoid unpleasant and potentially dangerous illness.

The Microbial Genomics Laboratory are: 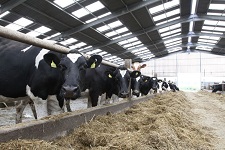 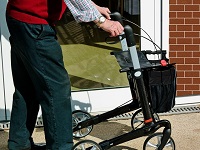 After co-authoring a systematic review of studies into the eﬀectiveness of exercise interventions to improve balance in older adults, Dr Marco Arkesteijn has received European funding to develop the free online course.
Many elderly people notice that their balance has deteriorated and worry about falling over. Falls can have a major impact on the individual, who may break a hip for example, and require hospitalisation. Falls have been estimated to cost the NHS in the UK more than £2.3billion per year. Concern about falling is also psychologically very disabling, manifesting itself in a reduced willingness to stay active, with knock on eﬀects in terms of physical and emotional wellbeing. This can lead to frailty, which is increasingly recognized as an important aspect to consider in the health care management of a patient.
There is clear evidence from a number of studies that simple balance exercises improve stability in older adults. Loss of balance is not an inevitable consequence of ageing. Nor is frailty, which can be prevented with healthy diet and being active. This course aims to both improve the recognition of frailty in older adults and to provide practical advice on how to prevent its onset.
The course, aimed at health care professionals and the general public, runs over ﬁve weeks and covers topics such as the diﬀerence between normal ageing and frailty, assessing frailty and how it can be prevented by diet and physical activity. 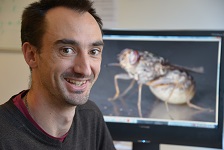 Tsetse ﬂies occur in sub-Saharan Africa and their bites transmit the parasites that cause sleeping sickness in humans and nagana in cattle.

After humans are is bitten by an infected tsetse, they develop fevers, headaches and joint pain. If left untreated, neurological symptoms develop and the condition is fatal. The time course of the infection varies from weeks to months in the acute form of the disease, to several years in the chronic form.

No vaccines or prophylactic drugs exist to prevent sleeping sickness, and diagnosis and treatment of the disease is diﬃcult. Consequently, trapping and killing tsetse is the only means to prevent infection, and can provide an important component of disease control. Recently developed tsetse control devices consist of a blue fabric panel to which the ﬂies are attracted; these are impregnated with an insecticide that kills the ﬂies when they land. In IBERS we are investigating the physiological mechanisms underlying tsetse attraction to engineer more attractive fabrics that will enhance the eﬃcacy of control devices.

Cotton dyed with ‘phthalogen blue’ has historically been found to be extremely eﬀective as a visual bait, but the dye cannot be used on modern synthetic fabrics that are cheaper and last longer in the ﬁeld. However, it has become apparent that simply choosing a blue fabric that looks identical to phthalogen blue from the human point of view does not result in high attractiveness to tsetse, because they perceive colours diﬀerently. Flies have ﬁve types of photoreceptor in their eye. We have mathematically modelled the responses of these photoreceptors to fabrics of diﬀerent colours, and have used these calculated photoreceptor responses to statistically predict tsetse attraction to diﬀerent fabrics in ﬁeld tests. Eﬀectively, we have taken a ﬂy’s eye view to evaluate colour. Our models show that a tsetse’s photoreceptors contribute in diﬀerent ways to attraction. When light reﬂected from a fabric excites some photoreceptors it makes the fabric more attractive, but when it excites others it makes the fabric less attractive. The key to engineering more attractive fabrics, then, is to ensure that they reﬂect light in a way that maximises excitation of the positively contributing photoreceptors, and minimises excitation of the negatively contributing ones. This can be achieved by adapting the colour engineering techniques already used to match paint and fabric colours to the human eye, and we think that it has considerable potential to enhance tsetse control devices.