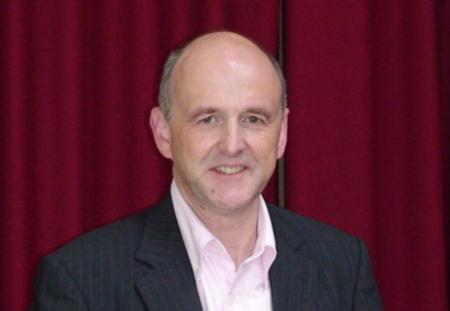 Mike attended St Benedict’s School in Ealing, London and went on to receive his BA in Politics and International Studies from Keele University, his MA in Political Theory, Political Sociology and US Government and his PhD from Essex University. He joined the academic staff at Aberystwyth University in 1974, when he was appointed to the then-Politics Department as a Lecturer in American Government and Politics.

Mike’s reputation as a leading researcher in his field is immense. His published work enjoyed acclaim right from the beginning of his academic career: his PhD thesis on the transformation of the US Senate was published by Yale University Press and shortlisted for the American Political Science Association’s Woodrow Wilson Award for 1981. His research focussed primarily on US politics, including presidential politics, constitutional theory, foreign policy and the history of ideas. His book on The British Presidency: Tony Blair and the Politics of Public Leadership applied insights developed from years of studying American politics to a different context and his most recent book, Political Leadership: Themes, Contexts and Critiques,was published by Oxford University Press in 2013 and is very highly regarded.

Mike’s university service was not limited to the contributions of his research and teaching, as substantial as those have been. In the mid-1980s he was sub-dean of the Faculty. When the University went through some institutional reconfiguration in the late 1980s, he joined the newly expanded Department of International Politics after it was merged with the Politics Department. Since the 1990s he served in a variety of leadership roles in International Politics, including Director of Graduate Studies and Director of Research, and most recently Acting Head and then Head of Department.

Colleagues and students will remember Mike as a committed teacher, a dedicated researcher and a very kind and thoughtful man. Many generations of students found in Mike a sympathetic ear and a willingness to listen to their problems and offer moral and practical support.  Mike was a quiet man with a keen intellect and a dry sense of humour. He will be greatly missed.