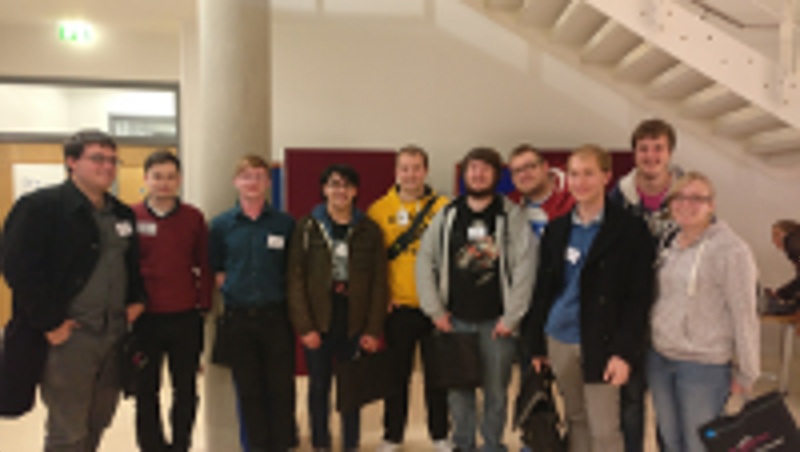 On Saturday 5th November, eight Aber Maths Society members, including undergraduates, a postgraduate and an alumnus travelled to the University of Warwick for the IMA’s Autumn Early Career Mathematicians' (ECM) conference, where they were joined by two Aberystwyth alumni now studying at Warwick and Surrey.

The conference featured topical talks on areas such as brain-inspired computing, the challenge of big data and the ethical issues raised by such data. Representatives from both the nuclear and video game industries attended and gave an insider’s view, in addition to going into detail about the expected future of these industries. Researchers also presented their work on interesting areas such as Evolutionary Game Theory.

The trip was a great success and enjoyed by all who attended. The next ECM conference is scheduled for March 2017 in Manchester and is expected to feature a focus on the mathematics behind technology. The Maths Society will be attending, and many of its members are looking forward to the event.

Institute of Mathematics and its Applications (IMA)