Staff and Student Awards for Mathematics 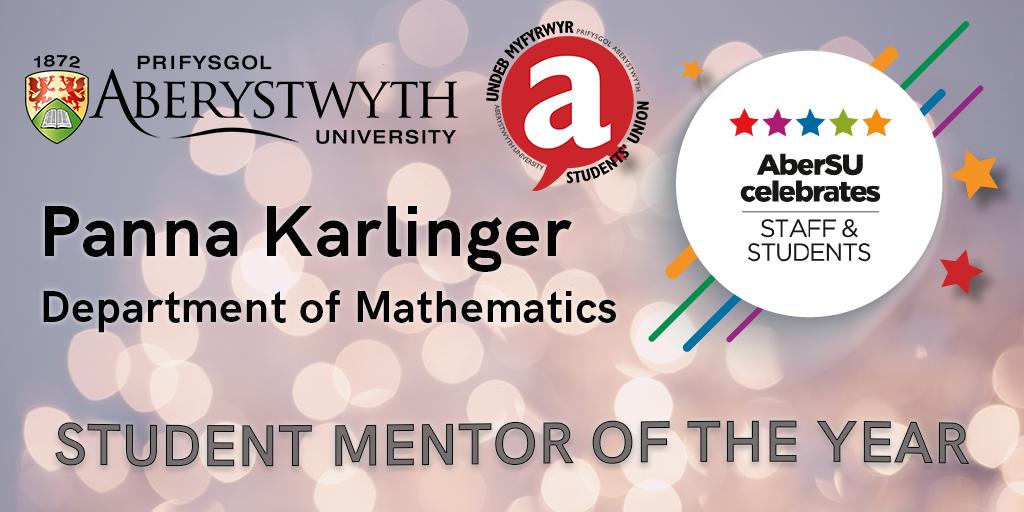 Mathematics student Panna Karlinger was awarded Student Mentor of the Year at the Aberystwyth Students’ Union Staff and Student Awards 2019. Panna is in the final year of a joint degree in Mathematics and Education, and was also nominated for Academic Representative of the Year thanks to her work on the Student-Staff Consultative Committee in the department.

The Leading Equality Award was won by Mathematics lecturer Adam Vellender for his work in making content accessible to students with visual impairment.

Hosted by Aberystwyth Students Union with the support of the University, this year’s ceremony took place in the Great Hall at Aberystwyth Arts Centre on Tuesday 2nd April 2019.

Now in their eighth year, this year’s awards attracted 280 nominations in 15 categories, with all awards nominated, decided and presented by Aberystwyth University students.