Prizes for outstanding achievement in Mathematics 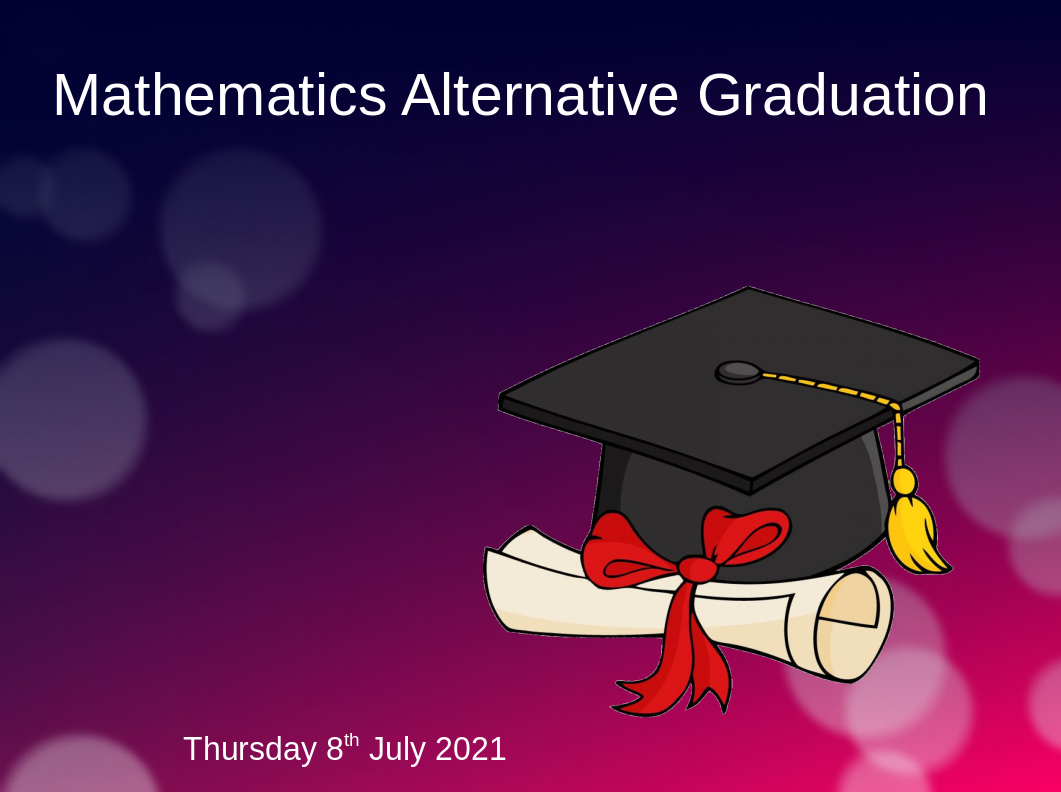 Every year the department awards prizes, thanks to donations and bequests from previous staff and students, to students who have excelled in their Mathematics studies over the previous year.

Several finalists have been awarded prizes this year. And the winners are:

The Pennington Prize for Pure Mathematics, in memory of Prof. Barry Pennington, Head of Pure Mathematics 1961-1968. This prize is awarded for outstanding performance by a final year student. This year's winners are Adrian Wisnios, Hywel Normington, Aleksandra Dacko, Caryl Jones and Stanley Gough.

The O.L. Davies Prize for Statistics, in memory of Prof. Owen Davies, Head of Statistics 1968-1975. This prize is awarded for the best performance in statistics by an undergraduate student, and this year's winner is Sian Turner.

The Clive Pollard Prize for Mathematics named for a former student who graduated in Pure Mathematics in 1972. It is awarded to mathematics students who have shown the greatest improvement in their part 2 academic work. The winners are Jack Zsigo, Lauren Connolly, and Erwan Jones.

Adrian Wisnios and Hywel Normington also receive prizes from the Institute of Mathematics and its Applications (ima.org.uk) for the best overall performance.

Congratulations to all of our graduates and particularly to the prize winners.

Prizes have also been awarded to non-finalists; we hope to congratulate these students in person when they return in September.

Last, but by no means least, the Mike Jones Memorial Prize is awarded jointly by the Mathematics and Physics departments by bequest from the estate of a former student who died in 2009. This year's winner is Helen McDougall.

We look forward to welcoming back our undergraduate students and congratulate these prize winners.