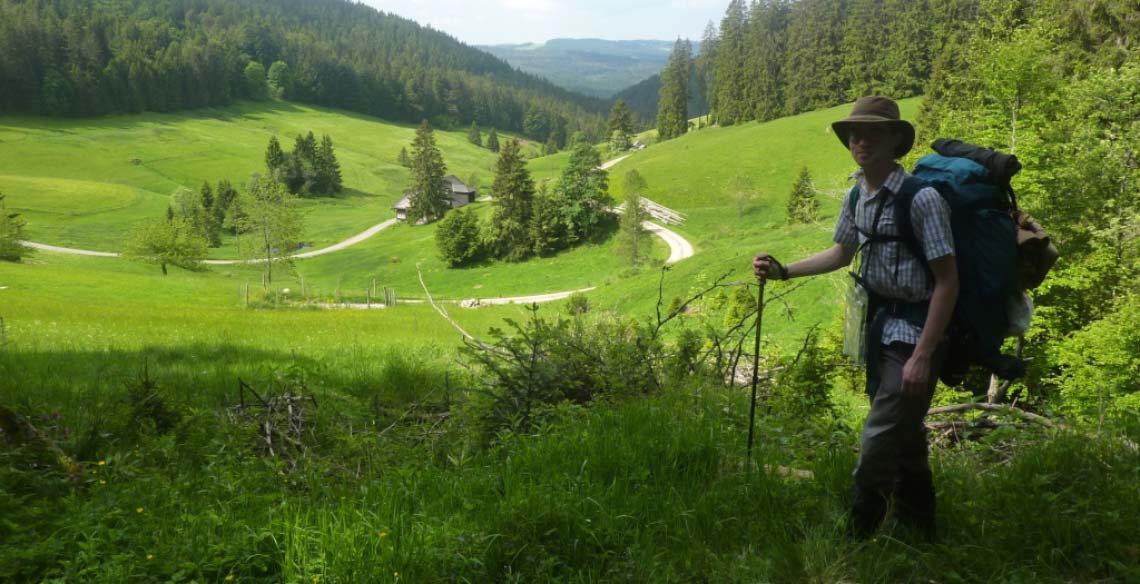 My name is Bryn Thomas and I am in my second year of studying German and Spanish at Aberystwyth.

I initially chose to pursue the Modern German Studies degree scheme but decided that two languages were better than one, and took up Spanish with no previous knowledge of the language (you can study French, German, Italian and Spanish at advanced or beginners’ level). The decision to study at Aberystwyth was primarily based upon positive reviews from people already there, top-quality accommodation and the superior experience I had there compared to other universities on open days. It is a very safe place to live and you could easily never leave! Also, the stunningly beautiful location was perfect for my favourite pastimes of cycling and walking (if you’re a hills fanatic!) and was pretty much a deal-maker. The Department was especially appealing due to its small size, meaning getting to know students and staff was quick and easy, and small class sizes make for a better learning environment. The lecturers are very well versed in their fields and know how to make you grasp difficult concepts, even if you yourself think all hope is lost! As for my year abroad, I hope to continue studying at the Universities of Oviedo and Salzburg, where by studying the languages in their native regions, I hope to be able reach beyond the ‘just able to get by’ level of the bumbling tourist and be proficient enough to reach near-fluency and begin to feel assimilated into both countries’ cultures.