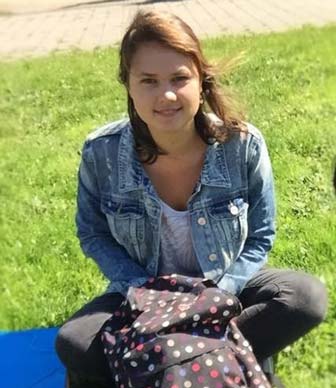 I chose to study in Aberystwyth after I came to see the University on an open day and really liked it. Compared to the other universities that I was considering, the Modern Languages Department at Aberystwyth University is quite small, however, I liked the fact that the staff had the time to talk individually with students and I got all of my questions answered. Also, I was awarded an excellence scholarship when I chose Aberystwyth, which helped my studies greatly. I like living here as the town’s size is perfect for me and it has everything that I need; it is a student town and has a great atmosphere. There are many activities organised by the University, and, apart from that, Aberystwyth is a beautiful place with many interesting things to see.

I definitely wanted to study Spanish as I had been interested in it since school. I enjoyed studying the language, but I was also interested in Spanish culture. Initially I wanted to combine Spanish with Education, however after visiting the University I decided to take up another language, which was French. I came to the conclusion that learning and studying a different language would be more beneficial for me and that I could apply for a PGCE course if I wanted to go into teaching. As the University allows you to study languages from beginners’ level I decided that this worked perfectly for me.

During my year abroad I spent a semester doing a French language course in a university in Poitiers, and a semester as an Erasmus student in Cádiz in Spain. It was definitely a great time and it was worth it. My priority was to improve my Spanish and French so I focused on that. However, I also spent a fantastic year living in two different countries, which was an amazing experience. I had an opportunity to see how their university systems work, I met many great people and I discovered many new aspects of French and Spanish culture. The year spent abroad was definitely valuable for me as, when I came back to Aberystwyth to finish my degree, I had more confidence and was richer in experiences.

After graduating I intend to go back to Spain to work for a year as an English language assistant in a school, in order to gain more experience and keep improving my Spanish. Later I would like to continue studying, and apply for a master’s degree in teaching.