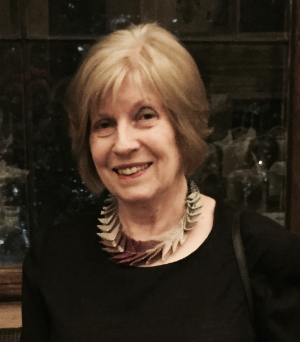 Mary Morgan graduated from Aber with a degree in Geography and International Politics in 1967. Since then she has worked in a variety of roles including with the Committee of Vice-Chancellors and Principals (now Universities UK) and as Director of Public Information at the House of Lords.

One of my most memorable experiences involved participation in the “War Games” which had been introduced by Professor (now Sir) Laurence Martin, who was the Woodrow Wilson Professor of International Politics at Aber from 1964-67. (The name “War Games” has now been brought up to date to reflect modern diplomacy and students now attend “Crisis Games”.)

About twenty 1st, 2nd and 3rd year students from the department, along with our Professor and five lecturers went to Gregynog Hall for three days where we were pitched in to an “international situation”. Ours revolved around Cyprus and we were each assigned a position in the key countries: UK, France, Cyprus, US, Russia, China etc. I was in the British team (Foreign Secretary, I seem to remember); we also had the Leader of the Opposition in our team. By dinner time on the first day, we had gone native to the extent that we didn’t sit with our erstwhile enemies at dinner! Our lecturers chaired plenary sessions and in between added actions to news desks to be taken account of by the negotiating teams.

Of course it was great fun: I remember our team was strolling around the beautiful grounds having completed our rounds of diplomacy and negotiation when we came upon a group on a bench; we attempted to join them, only to be sent away because they were the Security Council of the UN meeting to hammer out a resolution!

I am formally retired now but I spent most of my career working with and in parliament, so although not immediately apparent to me, years later I realised how much I had learned about negotiation, seeing positions from different angles and knowing when and how to compromise.

At Aber I also read Constitutional Law which gave me a grounding and familiarity with the principles and language of our parliamentary democracy and the rule of law. Although my Aber experience is so long ago now that I can’t really offer much meaningful advice to a current student, in the context of 2016/17, it disturbs me that there is so much ignorance about our constitutional arrangements, so I’d recommend including this in your studies!