Belarus: opposition pressure continues inside and outside the country – will it work? 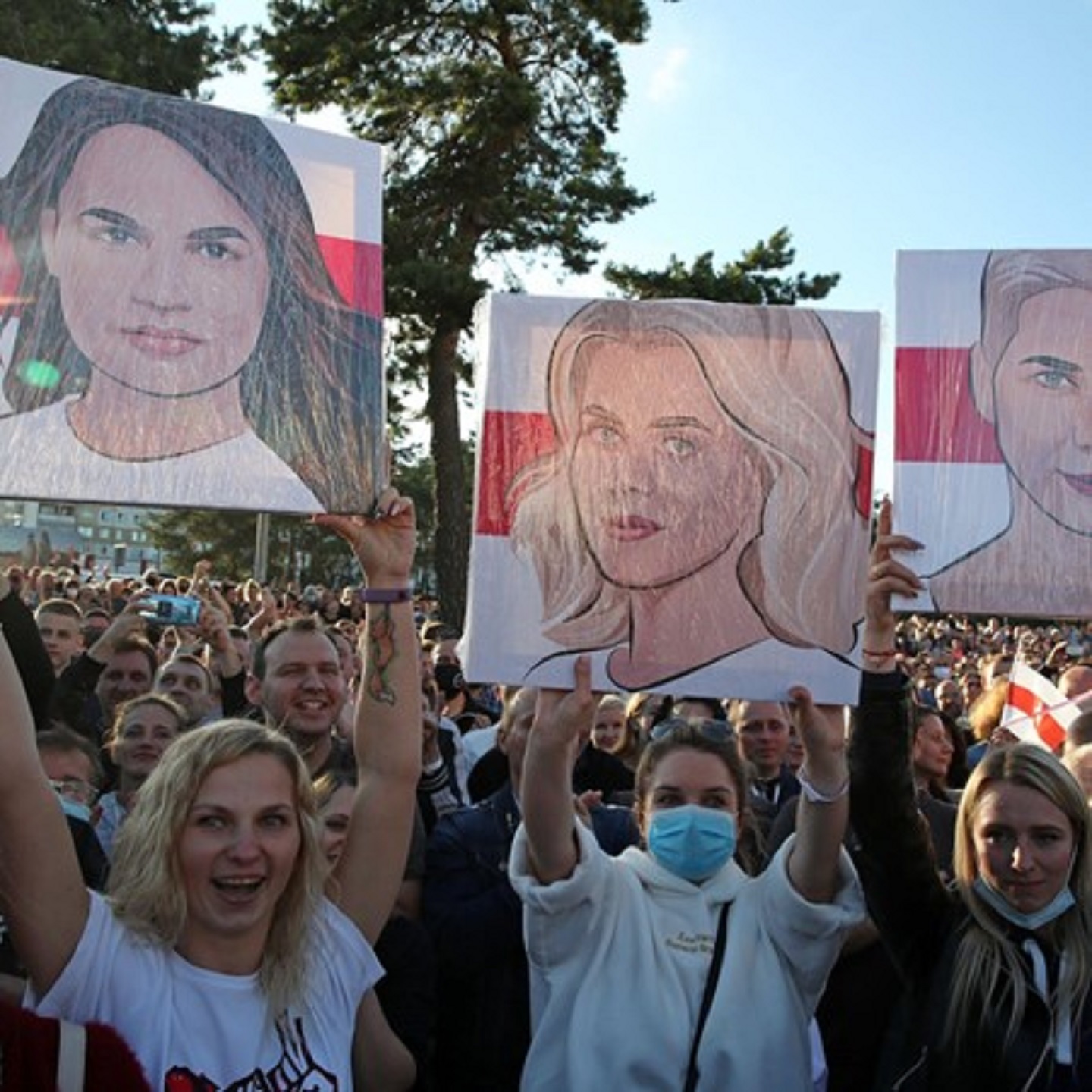 Writing in The Conversation, Dr Jenny Mathers from the Department of International Politics discuss opposition pressure in Belarus after the re-election of Alexander Lukashenko with Russian military intervention being the ultimate guarantor of Lukashenko’s grip on power.

Six months on from the disputed re-election of Alexander Lukashenko as president, the opposition in Belarus shows no signs of giving up on its demands. Protesters are calling for Lukashenko to resign, for an end to the regime’s use of violence against its own citizens, and for the release of political prisoners.

The odds are undeniably stacked against them. The leaders of the opposition are dispersed. Some, such as Maria Kolesnikova are imprisoned. Svetlana Tikhanovsksaya, who is widely regarded as the actual winner of what many believe was a rigged presidential election in August 2020, fled Belarus after she was threatened by the regime.

In a recent interview, Tikhanovskaya has indicated that the path to political change in Belarus will be a long and difficult one, but she outlined the opposition’s strategy of putting both internal and external pressure on Lukashenko and those who support him.

Tikhanovskaya herself is leading the campaign to encourage external pressure on Belarus, playing a vital role in keeping the country’s political woes on the international agenda and pressing world leaders for tougher measures against the regime.

This effort is paying off. In December the EU imposed a third round of economic sanctions against key individuals and companies in Belarus, while in February the Biden administration expanded the list of senior officials in the country who are no longer welcome in the United States.

Keeping up the pressure

Tikhanovskaya also heads a “Coordination Council”, effectively a government in waiting. This body is drafting a new constitution and keeps in regular, frequent contact with key groups and individuals in Belarus to ensure that the opposition in exile does not become detached from the people who are keeping up the pressure on Lukashenko from within.

This internal pressure is most visible in the daily protests in towns and cities across Belarus, which have continued despite harsh crackdowns by the security services. In fact, research by the Centre for East European and International Studies in Berlin indicates that many of the protesters – and especially younger people – have been motivated to support the opposition precisely because of the harsh response by the regime.

These protests are remarkable for their peacefulness and good humour, as well as for their creativity. They have evolved from mass outpourings onto the streets to “creative guerrilla warfare”: actions that are smaller in scale and easy to disperse. Flash mobs appear to stand silently and clap or to sing. Small groups walk through their own neighbourhoods chanting demands for change. The red and white Belarussian flag that has become the symbol of the opposition is displayed widely – and even painted on the snow.

Spontaneous, grassroots acts of protest are supported by longstanding Belarussian non-governmental organisations and have, in turn, given them a new sense of purpose. Viasna (“Spring”) was founded in 1996 during another period of mass protests against Lukashenko. It documents human rights abuses, using its website to profile hundreds of current and former political prisoners of the regime.

Similarly, the Belarussian Association of Journalists dates from 1995. It monitors violations of freedom of expression and freedom of the media across the country and highlights the arrest and prosecution of journalists for covering the current wave of protests.

An important component of the opposition’s strategy for achieving real, lasting change in Belarus is to appeal to those who are keeping Lukashenko in power. These are the officials who work in structures of the state, especially law enforcement. The regime relies heavily on the use of violence, detention and arrest by the police and security forces, as well as on the courts to deliver convictions and prison sentences.

So far the security forces on the ground display undiminished enthusiasm for brutally suppressing the protests. There are, however, now signs of some breaking of ranks, especially among more senior civil servants.

BYPOL (or Belarus Police) Initiative is composed of former law enforcement officials from Belarus who gather and disseminate evidence of the human rights abuses carried out by agents of the regime. The members of BYPOL are all in exile, but they remain in contact with their former colleagues in Belarus, who supply detailed evidence. This includes video recordings of the treatment of protesters held in detention that are uploaded onto the group’s YouTube channel.

It is impossible to know how far sympathy for the opposition extends within the ranks of Belarussian security forces. Tikhanovskaya and her colleagues in the Coordination Council are hopeful that they can exploit existing splits in law enforcement agencies and persuade more officials to work for the opposition.

Even if the opposition achieves this, it is likely to face yet another, even more daunting obstacle in the shape of Russia. As long as Lukashenko is secure in his position, Vladimir Putin seems content to limit Russia’s involvement to rhetorical and financial support. But all that could change if the opposition succeeds in undermining the foundations keeping Lukashenko in power. Putin has indicated that he is prepared to send forces to Belarus under the terms of the Collective Security Treaty Organization the two states are members of.

The prospect of a Russian military intervention is the ultimate guarantor of Lukashenko’s grip on power. It also explains the intensity of Tikhanovskaya’s efforts to keep Belarus at the centre of world attention. The opposition in Belarus will need to have powerful friends if it is to persuade Lukashenko to go – and Russia to allow that to happen.