Women have served in armed forces for decades, but the military is still a man’s world 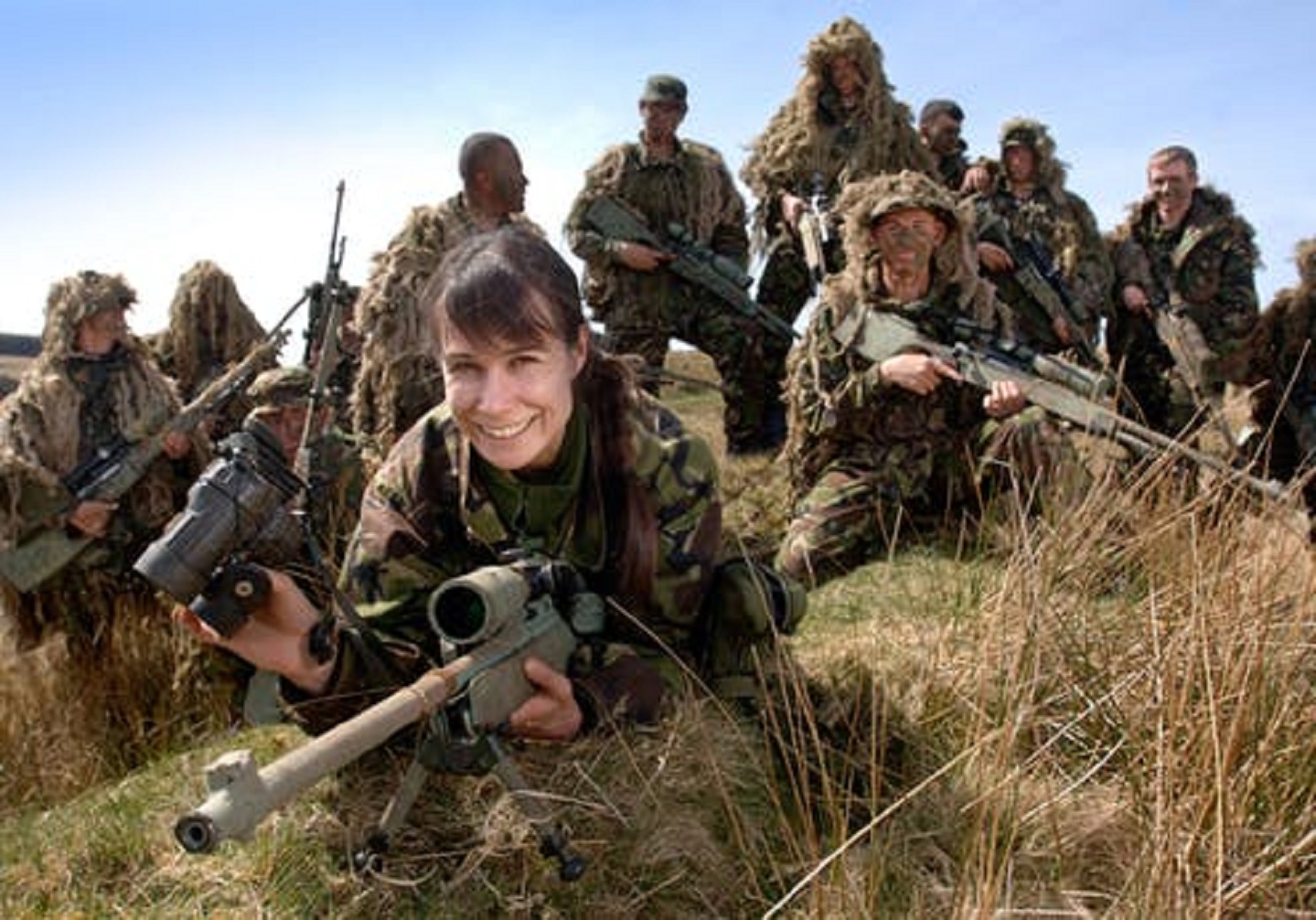 Writing in The Conversation, Dr Jenny Mathers from the Department of International Politics discuss women in the armed forces and the long road ahead before a level playing field is achieved for Britain’s women soldiers

Women have served in Britain’s armed forces for more than a century, in every war since the first world war. They currently comprise about 11% of regular forces, and since 2018 have been able to apply for all military roles.

But a recent report from the House of Commons Defence Committee has found that the Ministry of Defence is still unable to provide women soldiers with uniforms and equipment that fit them properly – among a host of other difficulties.

The report is the outcome of an inquiry that took evidence from both veterans and currently serving military women as well as civilian experts. Although it praises the defence ministry for recent progress, it makes clear that there is a long way to go before a level playing field is achieved for Britain’s women soldiers.

The report details the many challenges women soldiers face at every stage of their military careers – from poorly fitting body-armour and the unavailability of menstrual products to bullying, harassment and sexual assault from their male peers and commanders. The willingness of some officers to ignore or cover up the physical and emotional abuse of women in their units means that the chain of command all too often supports perpetrators instead of the soldiers who are brave enough to make complaints.

Members of the committee punctuated their report with expressions of shock and surprise at their discoveries, but these problems are neither recent developments nor unique to the UK armed forces. Research into the experiences of women soldiers globally has been underway since at least the 1980s and reveals a great deal of consistency both over time and across national boundaries.

In the US, the recruitment of women was an essential component of the shift from the draft to an all-volunteer force in the 1970s. However, generations of women soldiers, from the first wave of mass recruitments during the Vietnam War to women who served in Iraq, have faced relentless hostility from their male comrades in arms.

In a 2011 case, a US judge ruled that the US Department of Defense could not be held accountable for the extent and severity of sexual harassment and physical abuse in the military because rape is an “occupational hazard” for women in the armed forces.

Researchers have identified a dominant “warrior culture” among many male soldiers in the Canadian armed forces, especially those in combat arms. Adherence to this way of thinking equates women with weakness, an excess of emotion and the need to be protected. By extension, the acceptance of women into the military implies the undermining of the institution, explaining why Canada’s women soldiers continue to be resented, marginalised and subjected to harassment and abuse by their male counterparts more than 20 years after they were first permitted to serve in combat roles.

Despite Sweden’s reputation for promoting gender equality, an in-depth study of Swedish women officers found that many were subjected to intimidation, harassment and threats from male officers. Even in Israel, where women are subject to conscription, they do not serve on an equal basis to men. Women serve for shorter periods than men, both in active service and in the reserves, and are concentrated in administration despite the recent opening of some combat roles to women.

Why do militaries find it so difficult to tolerate the presence of women, even as they seek to recruit more of them?

The UK committee report rightly identifies the prevailing culture and attitudes within the forces, as well as failures of leadership, for the extent and persistence of the problems. It recommends a long list of specific, common-sense measures to address them, such as providing suitable uniforms and equipment for all women service personnel, removing the chain of command from complaints of sexual harassment or assault, and funding more specialist services for women veterans.

But while institutional cultures and attitudes can be changed and leadership improved, there is a more fundamental factor that prevents militaries from truly welcoming women into the ranks.

The association of war, militaries and soldiers with men and certain types of masculinity as “normal” or “natural” is deeply rooted in social attitudes. This connection has been traced back to ancient Greece and ideas of men as citizen-warriors while women remain in the private sphere of the home and family. This means that women who seek to become soldiers can always be found wanting, despite extensive studies demonstrating that women can perform in roles across the military.

Women and femininity do not “fit” the military in the same way that men and masculinity do, leaving them permanent outsiders. This lack of “fit” with the model British soldier is also experienced by LGBT soldiers and those from black and ethnic minority communities.

This creates a particular problem for the UK armed forces, which needs to draw on the skills and abilities from the widest possible pool of talent, as it wrestles with the challenge of developing a new institutional identity.

The commons defence committee deserves praise for its thorough inquiry and report. The solutions it proposes would improve the professional lives of women soldiers and perhaps also lead to an increase in the number of women recruited into the services.

Research has demonstrated that male soldiers who have professional interactions with their female counterparts are more likely to develop positive attitudes towards women in the military. Such findings provide hope that the British military will not always be a man’s world.