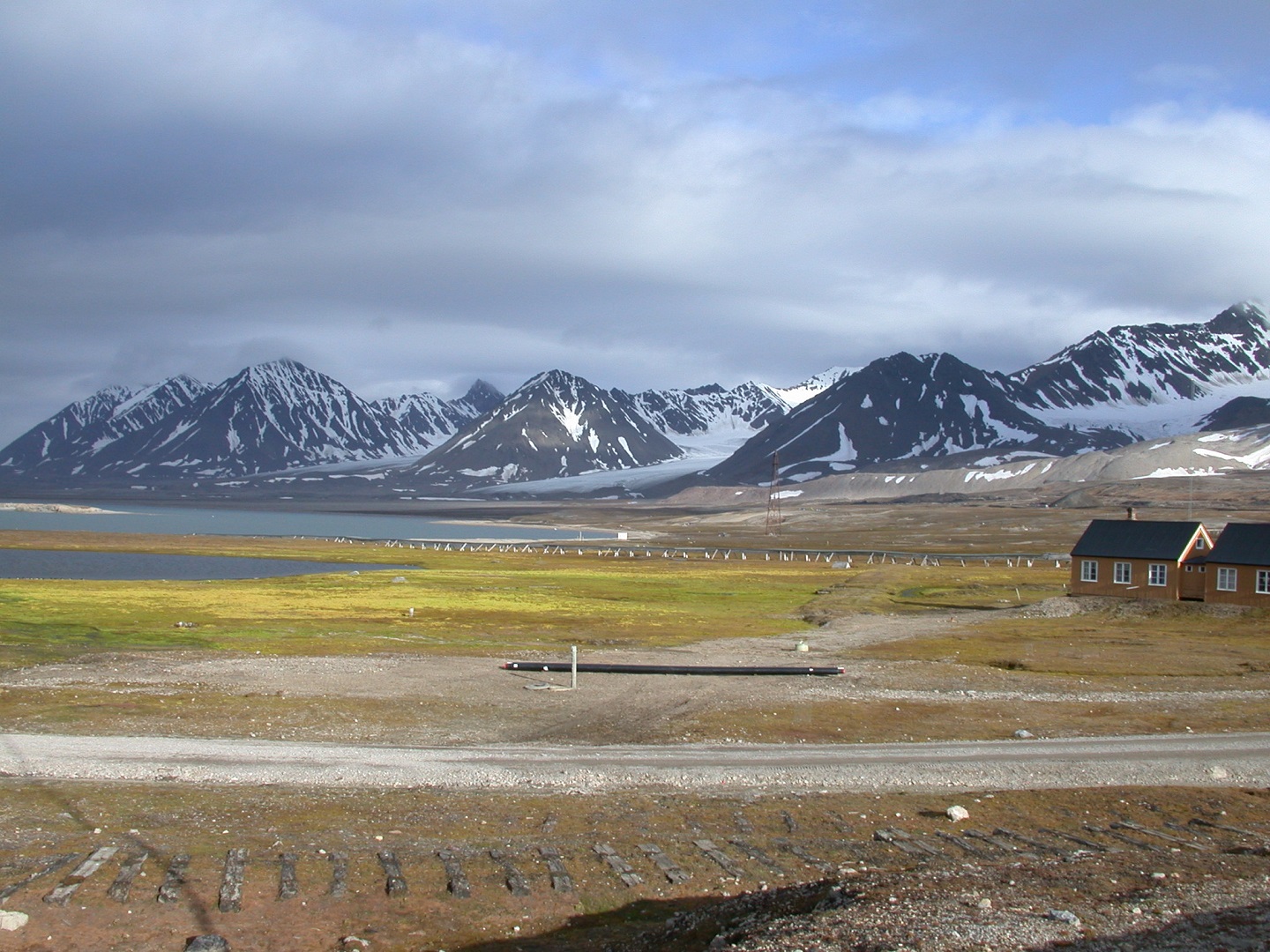 Permafrost, or permanently frozen land, covers around nine million square miles. The majority of Arctic permafrost dates up to around one million years ago and typically the deeper its level, the older a period it originates from.

In addition to microbes, it has housed a diverse range of chemical compounds over millennia whether through natural processes, accidents or deliberate storage. However, up to two thirds of the Arctic's near-surface permafrost could be lost by 2100 due to climate change - the area is warming at as much as three times the average global rate.

Thawing permafrost has widely been seen as a contributor to greenhouse gas emissions as massive stores of Arctic soil carbon are released to the atmosphere as carbon dioxide and methane, as well as causing abrupt changes to the landscape. However, the research found the implications of Arctic change are much more widespread and less understood – with potential for the release of nuclear waste and radiation, unknown viruses and other chemicals of concern.

This has implications for the potential release of radioactive material as the legacies of the cold war thaw in a warming Arctic. Between 1955 and 1990, the Soviet Union conducted 130 nuclear weapons tests in the atmosphere and near surface ocean of the Novaya Zemlya archipelago off the coast of north-west Russia. The tests used 224 separate explosive devices, releasing around 265 megatons of nuclear energy. More than 100 decommissioned nuclear submarines were scuttled in the nearby Kara and Barents seas.

While the Russian government has since launched a strategic clean-up plan, the review notes that the area has tested highly for the radioactive substances caesium and plutonium, between undersea sediment, vegetation and ice sheets.

The United States' Camp Century nuclear-powered under-ice research facility in Greenland also produced considerable nuclear and diesel waste. When it was decommissioned in 1967, waste was left in the accumulating ice, which faces a longer term threat from changes to the Greenland Ice Sheet. The 1968 Thule bomber crash in the same country also dispersed huge amounts of plutonium on the Greenland ice sheet.

“Changes in the Arctic’s climate and ecology will influence every part of the planet as it feeds carbon back to the atmosphere and raises sea levels. This review identifies how other risks can arise from the warming Arctic. It has long been a deep-freezer for a range of harmful things, not just greenhouse gases. We need to understand more about the fate of these harmful microbes and pollutants and nuclear materials to properly understand the threats they may pose.

“These are new implications in addition to what we knew what would happen if permafrost continued to melt. It is imperative demonstrable action is taken at next month’s COP26 summit as these findings should concern anybody. As well as fulfilling the targets of the Paris Agreement and reducing the increase in the global climate temperature to 1.5 Celsius, there needs to be a strong and immediate commitment to funding research in this area. What should worry us is how much we have still yet to learn about the Arctic, how important it is to all of our futures and why it is worth protecting.”

Deep permafrost of more than three metres is one of the few environments on Earth that has not been exposed to modern antibiotics. More than 100 diverse microorganisms in Siberian deep permafrost have been found to be antibiotic resistant. As permafrost thaws, there is potential for these bacteria to mix with meltwater and create new antibiotic-resistant strains.

Climate change increases the risk of these being exposed through so-called abrupt thaw, where the layers of permafrost are exposed suddenly and haphazardly, increasing the opportunity for the release of multiple years of species simultaneously.

Another risk concerns by-products of fossil fuels, which have been introduced into permafrost environments since the beginning of the Industrial Revolution. The Arctic also contained natural metal deposits, including arsenic, mercury and nickel, which have been mined for decades and have caused huge contamination from waste material across tens of millions of hectares.

High concentration pollutants and chemicals previously stored within permafrost, including DDT, are at risk of re-permeating the atmosphere as it melts. Increased water flows mean it can disperse widely, damaging animal and bird species as well as entering the human food chain. While existing risk assessments suggest the potential for human consumption of these chemicals with exposure and time, the risk is likely underestimated.

There is also greater scope for transportation of pollutant, viruses and bacteria. More than 1,000 settlements, whether resource extraction, military and scientific projects, have been created on permafrost during the last 70 years. That, coupled with the local populace, increases the likelihood of accidental contact or release.

Despite the findings of today’s report, it says the risks from emergent microorganisms and chemicals within permafrost are poorly understood and largely unquantified. It says that further in-depth research in the area is vital to gain further insight into the risks and to develop mitigation strategies.

“It’s important to understand the secondary and tertiary impacts of these large-scale Earth changes such as permafrost thaw. While some of the hazards associated with the thaw of up to a million years of material have been captured, we are a long way from being able to model and predict exactly when and where they will happen. This research is critical.”

Dr Edwards’ research work is supported by the Natural Environment Research Council, which is part of UK Research and Innovation.

The Institute of Biological, Environmental and Rural Sciences (IBERS)