BBC Licence fee – could it be the end of public service broadcasting in the UK? 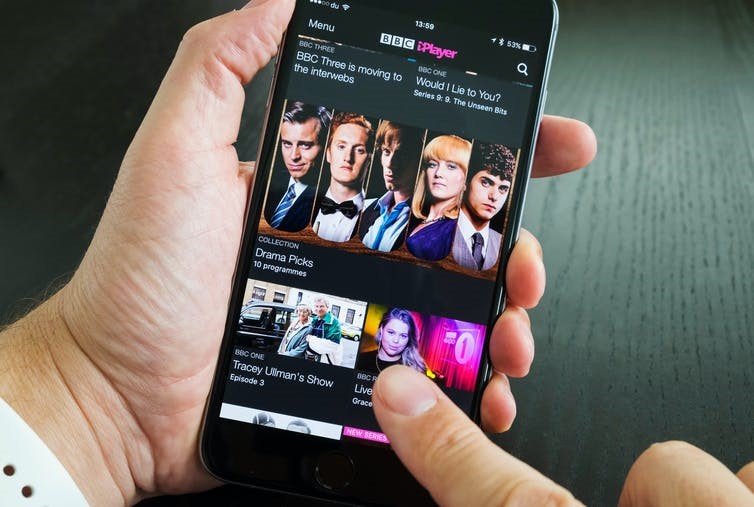 Writing in The Conversation, Dr Jamie Medhurst (Reader in Film, Television and Media) responds to the recent announcement of the two year freeze on the BBC’s licence fee before it could be abolished altogether, and whether it could mean the end of public service broadcasting:

UK culture secretary, Nadine Dorries, recently announced that the BBC’s licence fee is to be frozen for two years and that a new funding mechanism for the corporation will follow after 2027. This statement created shockwaves within the media industry and beyond. Many accused the government’s move of being sheer cultural vandalism and the destruction of a global brand.

The announcement was followed by a statement in the House of Commons, during which there was, perhaps, a change of tack as Dorries stated: “It is not a policy; we are announcing a debate and a discussion”, suggesting that no decision had been made on abolishing the licence fee.

Many have seen the announcement as a political knee-jerk reaction, a diversionary tactic even, in the current political climate where the prime minister appears to be fighting for his political career. This comes following a spate of revelations concerning Conservative Party parties during lockdown.

But the licence fee announcement needs to be seen as part of a wider legacy in which the government has questioned the relevance of the whole idea of Public Service Broadcasting (PSB) and its role in the 21st century.

At the end of 2020, then culture secretary, Oliver Dowden, asked whether or not PSB was “fit for purpose” and whether we still needed public service broadcasters at all. In October 2019, his predecessor, Nicky Morgan, hinted that the licence fee would be replaced with a Netflix-style subscription charge.

We can go back even further to a pre-multi-channel age when Margaret Thatcher’s government established a committee to consider the future funding of the BBC. Alternative funding models were debated – advertising being one of Thatcher’s preferred option in place of the licence fee – but all were ultimately dismissed as unworkable and unfeasible.

The alternative models of funding – subscription (how do you put radio stations behind a paywall?), advertising (not good given the competition for dwindling advertising revenue), a direct government grant (how many broadcasters would bite the hand that feeds them?) – are all problematic.

So in many ways, this latest announcement follows in a long line of attempts to rattle the BBC’s cages by governments who may feel under threat or who feel that the corporation needs radical reform.

The impact on the BBC

The BBC isn’t perfect – even its most ardent supporters would, I’m sure, agree. However, freezing and then withdrawing the licence fee will have a number of implications.

There will inevitably be an impact on the range of services that the BBC can offer as a public service broadcaster. The “assured source of funding” that was established in the early days of the BBC under Lord Reith, has allowed it to take risks, to provide access to all, importantly including minority audiences. The BBC’s director-general, Tim Davie has said in response to a question on the possible culling of channels, that everything is on the agenda – nothing can be ruled out.

With an estimated loss of close to £300m, what the BBC can offer will suffer. High-end quality drama, factual programming, news and current affairs – with local journalism undoubtedly suffering. The BBC’s provision for children and young people could also be hit. Its CBeebies and CBBC channels provide popular, original British content. The broadcaster’s educational Bitesize content is also a much relied upon resource for teachers, school-age children and their parents.

And it’s not only the in-house produced content that would suffer, but commissioned programmes and series from the independent production sector would also face cuts, thereby jeopardising one of the UK’s key sectors, the creative industries.

In my small corner of the world, the licence fee announcement also has implications for Welsh and Welsh-language (and Gaelic) broadcasting. The BBC will be the sole funder of the Welsh-language television channel, S4C, when the Department of Digital, Culture, Media and Sport (DCMS) grant is ended. Although the government announced that it was providing an additional £7.5m for the channel, that needs to be balanced with the £300m loss to the BBC. The BBC also provides the only Welsh-language radio service, Radio Cymru. These services could not be run on commercial lines, underlining the importance of PSB in Wales.

In a wider political context too, this latest announcement has fuelled the debate over devolving broadcasting powers to Wales.

In December 2021, the Welsh Labour Government and Plaid Cymru announced a new Co-operation Agreement, which outlined a number of policy commitments over the next three years. Among the policies the Welsh government proposes is a new shadow Broadcasting and Communications Authority, which would draw up plans for the devolution of broadcasting and communications powers. What remains unclear, however, is what devolving broadcasting would entail - and it could be quite a battle as the UK government would need to agree to any demands coming from Wales.

In the light of Dorries’ statement on the licence fee, the First Minister of Wales suggested that the announcement strengthened the argument for the devolution of broadcasting powers – currently residing in the DCMS – to the Senedd (Welsh parliament).

Some may argue that this is a storm in a teacup. Others might say that on current form, the BBC licence fee may outlast the current culture minister. However if, as expected, the licence fee is frozen at current levels and is subsequently replaced by a different system, we can be sure that the broadcasting ecology of the UK will change radically and that this could herald the end of public service broadcasting as we know it.