Origins of space weather to be explored by Aberystwyth academic 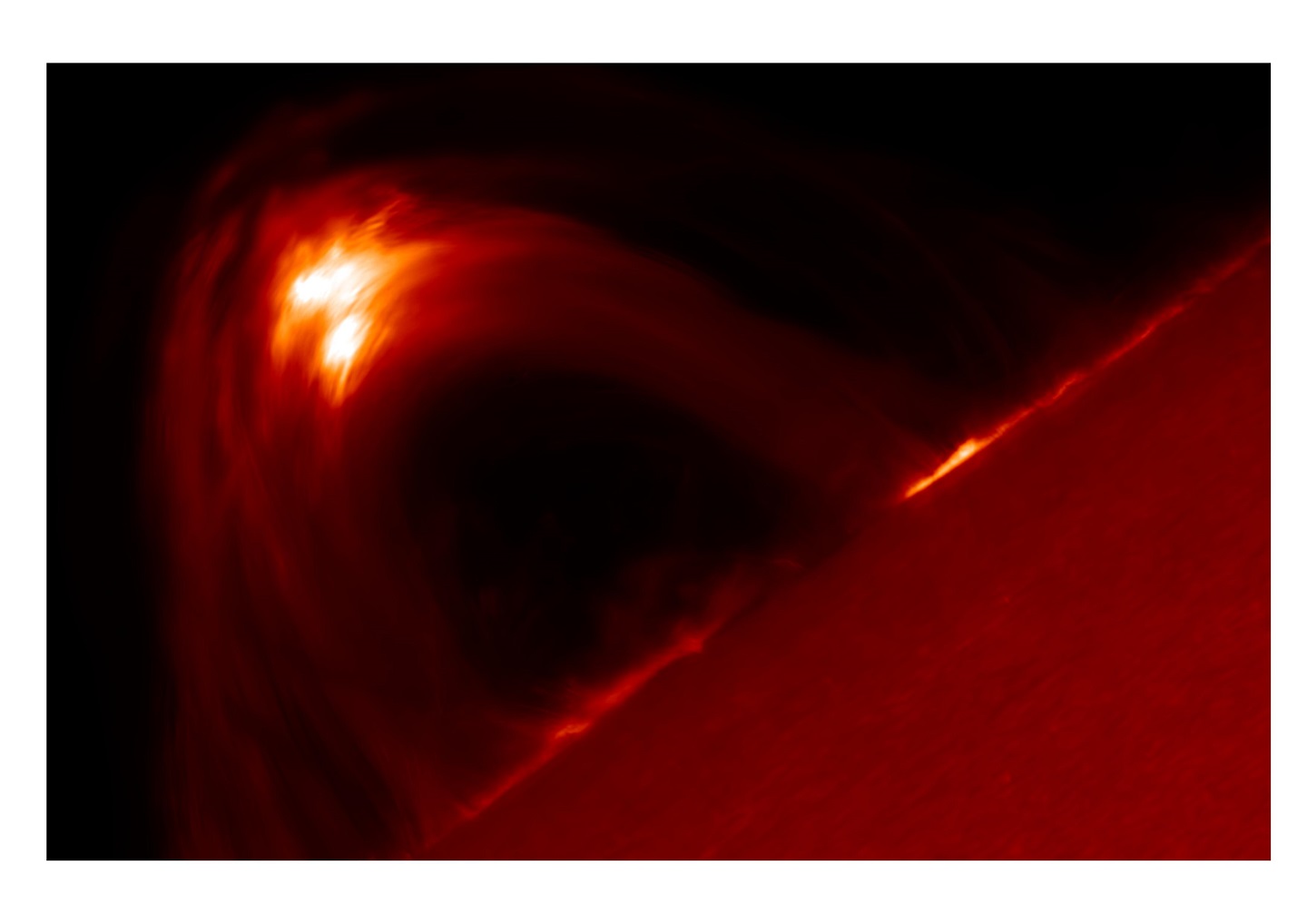 The Sun’s magnetic field, one of the most mysterious and important phenomena of modern astrophysics, is to be explored by an Aberystwyth University academic in a £400,000 project using the world’s most powerful solar telescope.

Dr David Kuridze, Research Fellow at the Department of Physics, will measure the magnetic field at the outer limits of the Sun. This area is what controls highly disruptive solar flares, eruptions or coronal loops, the bright magnetic curves that appear as arcs forming above the Sun’s surface.

The energy produced by this field in so-called coronal mass ejections during particularly serious bouts of space weather can cause massive levels of disruption. In 1989, six million people in Quebec were left without power because of the effects of a solar storm.

Freak space weather events can also disrupt satellite and radio communications, GPS, and can cause radiation poisoning in humans, especially those who are in space.

However, predicting space weather is extremely difficult because it requires detailed measurement of the solar atmosphere and its magnetic field. The outer atmosphere of the Sun fills a huge amount of space but gives off very little light and has a very weak magnetic field (comparable to a fridge magnet).

Dr Kuridze has been awarded observing time on the Daniel K. Inouye Solar Telescope (DKIST) in Hawaii. It is the most powerful solar telescope in the world and boasts a four-metre diameter, more than twice the size of the diameter of more conventional hardware. This means DKIST can collect seven times more sunlight than any other solar telescope.

Once the data has been collected and processed, Dr Kuridze will then analyse it to find out the magnetic field strength in the solar atmosphere that causes freakish space weather events, how much energy it contains and how it is generated and dissipated. This data can then be used to build further tools for measuring the magnetic field.

Dr David Kuridze from Aberystwyth University said: “It is ever present above us but there is still so much we do not know about the Sun. Space weather is just one of these areas and is such a vital one to explore because the economic consequences of severe events are enormous.

“Large solar storms and violent disturbances in the near-Earth environment pose huge risks for society and our anthroposphere. It is vital that its negative impact is reduced through accurate prediction.

“The data that we will be able to tap into thanks to the power of the Daniel K. Inouye Solar Telescope means we will have insight like never before into the causes of space weather events. This project directly addresses the huge gap in our knowledge of our nearest star.”

Dr Kuridze’s work builds on decades of research expertise at Aberystwyth University on the Sun and is the second project currently underway at the University that is exploring space weather. The University’s Department of Physics is also working with other universities to develop a solar storm early warning system for the UK Met Office.

The research is funded by a £400,000 grant from the Science and Technology Facilities Council.