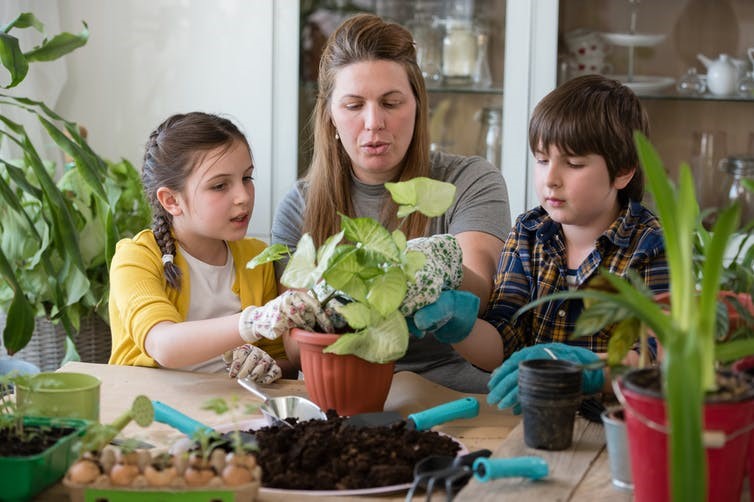 Writing in The Conversation, Prysor Mason Davies, Senior Lecturer in the School of Education discusses how the widely-used term 'learning loss' unfairly stigmatises a generation of school pupils, and argues that in fact the pandemic was a period of learning for all involved in education:

The term “learning loss” – referring to what pupils are judged to have failed to learn as a result of the pandemic lockdowns – has been used widely in the media as well as in government documents.

However, labelling a generation of school pupils as having suffered “learning loss” is likely to affect their self-esteem and self-belief. They will leave the education system thinking they are not good enough and that they are, somehow, academically damaged. In the light of their pandemic experiences, it seems inappropriate to stigmatise them for their futures.

What’s more, our research shows that the pandemic was a period of learning for all involved in education. It was certainly not a period where learning did not take place. With this in mind, I would suggest that “learning loss” should be known as “curricular loss”, to emphasise that what pupils may have missed out on is specific learning set in the school curriculum.

Our investigation of educational lockdown experiences in Wales has shown that pupils, parents and teachers have learned much during the pandemic. Pupils aged from 5-18 years, along with their parents, their school teachers and leaders from a range of schools in mid-Wales, provided us with information on their experience of educational provision and learning during lockdown.

Due to the extended period at home, children learned many new skills that they may not have had the time for before lockdown. Some learned wood chopping or bread making. Others developed new musical skills in piano playing and composing, or took part in gardening and cooking activities. One gained a drone-flying licence. Others developed entrepreneurial skills. One parent told us about their child:

He set up a fudge-making business. Did the costings, sourced and purchased the ingredients, completed a level two online food hygiene course (at his own cost). Found local retailers who were happy to sell on his behalf for a small commission.

Of course, the financial difficulties and time constraints faced by many families prevented access to some of these activities. However, children also gained significant learning through taking family walks, increasing their knowledge about their local areas and habitats, or by taking part in home improvements, such as wall building and plant growing.

Pupils learned about themselves, their aptitude towards academic work and the independence required to work effectively. They appreciated the ability to work at their own pace and told us that “learning independently became more natural”.

Teachers and some parents’ views supported this. One teacher told us:

Students who were distinctly middle of the class did extremely well. I contacted numerous parents to tell them their child was doing very well indeed. Perhaps it was the lack of distractions or the fact they were made to be more independent or parental supports, but some children really thrived under the new working conditions.

For some, although not all, this period became a time to learn about their abilities and the requirements for learning. This self-awareness and realisation was a vital part of independent learning.

Lockdown with their children proved to be a time of learning for parents, too. They appreciated the opportunity to return to learning new knowledge and methods whilst supporting their children. One teacher said:

The feedback we received […] was that parents were enjoying learning again […]. They enjoyed having the opportunity to re-learn things that they had learnt in a school and filling their knowledge as much as the pupils did.

Parents and teachers learned of the benefits of a closer relationship. The pandemic may have begun to break down barriers – which helped some pupils get access to resources. As one teacher explained:

Resources and tools have also been a big part of it. We have some pupils who didn’t have the technology at home. But we were able to sort those through the school. For example, I have one child and the family kept saying we’re okay we’re okay. And you found the more you spoke with parents the more you seemed to find that there were problems, but they were reluctant to reveal these. It was easier talking by telephone for many parents. And if you could develop that relationship with parents, they would become more open.

Teachers expressed how they had learned more about their pupils’ home environments and had increased empathy for their home situation.

There was undoubtedly curricular loss during the pandemic, and our report also shows that many faced significant challenges and diverse ranges of experience. However, there are clear signs that learning continued. Informal, unseen aspects of learning should not be ignored, dismissed or forgotten.