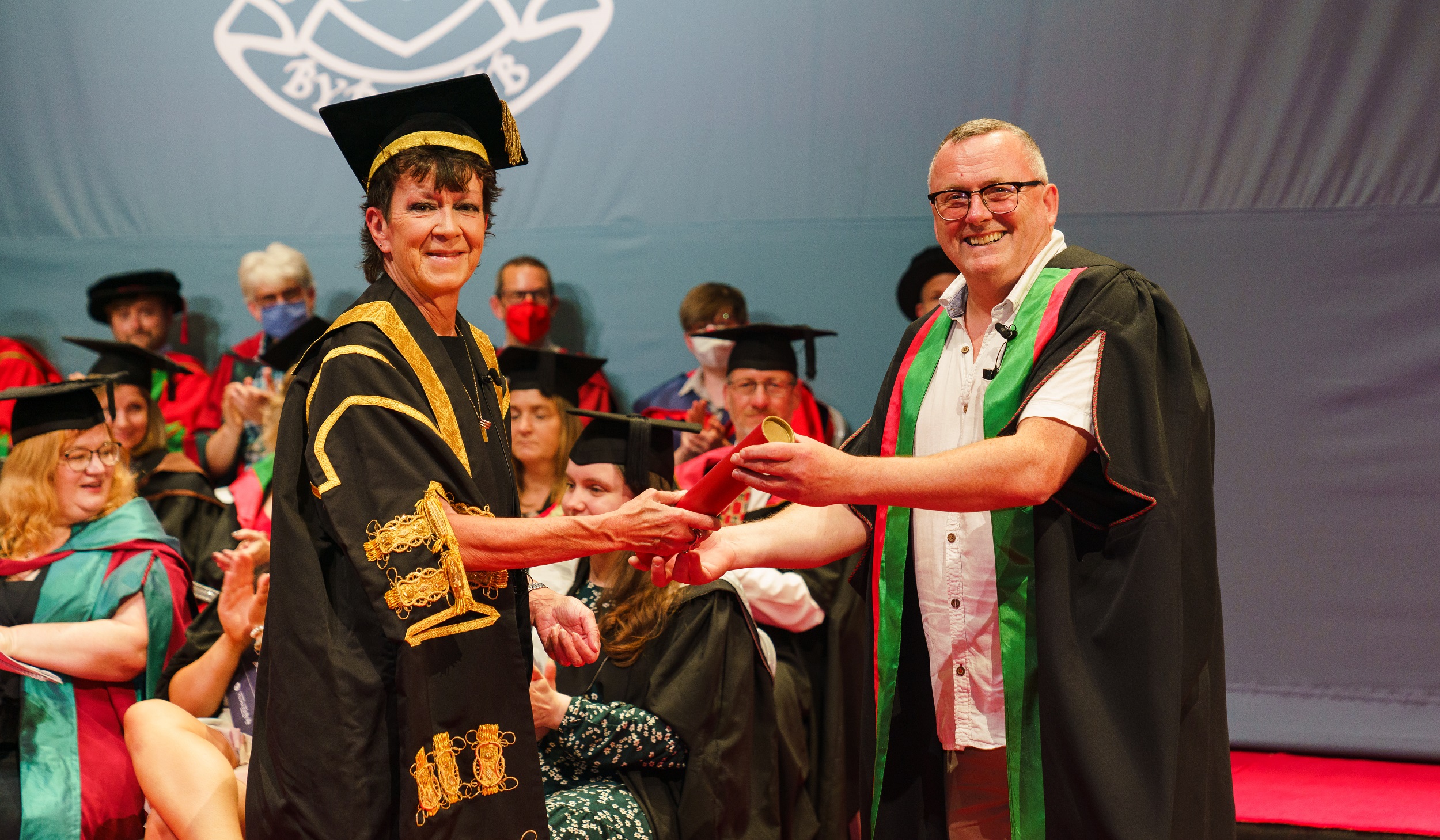 The comedy writer and illustrator behind the popular cartoon strip and BBC radio comedy series, Clare in the Community, has been awarded an Honorary Fellowship of Aberystwyth University.

Harry Venning, who graduated with a degree in History from Aberystwyth in 1980, was a weekly contributor to The Guardian with the Clare in the Community strip.

His work has also appeared in publications including The Mail On Sunday, Sunday Telegraph, Independent, Sunday Times, The Stage and Radio Times and in a great many books.

Together with David Ramsden he wrote twelve series’ of the highly successful sitcom Clare in the Community, which starred Sally Philipps and was broadcast on BBC Radio 4 from 2004-19.

An accredited lecturer for The Arts Society, he presents on the history of cartoons, sitcom writing and BBC radio comedy.

He has won several awards including UK Cartoon Art Trust Strip Cartoonist Of The Year and The Sony Radio Comedy Award.

He is an ambassador for the Social Workers Union.

Harry Venning was presented as Honorary Fellow by Dr Louise Marshall, Head of the Department of English and Creative Writing on Tuesday 12 July 2022.

Deputy Chair of Council, Pro Vice-Chancellor, prospective graduates and supporters.  It is an honour and a privilege to present Harry Venning as a Fellow of Aberystwyth University.

Harry Venning graduated from Aberystwyth in 1980 with a degree in History, not the obvious subject given where his career has subsequently taken him, but it just goes to show the unrivalled adaptability of a degree from Aberystwyth.

As a comedy writer, illustrator, and cartoonist Harry became a household name for his weekly contributions to The Guardian in the form of the cartoon strip Clare in the Community. If you have not had the pleasure of reading Clare’s exploits (where have you been for the past 26 years?) allow me to give you a flavour of Harry’s brand of humour with one of my favourites. Clare and her partner Brian are sat together in a pub, Clare looks up from her copy of the Guardian,

There is a pause during which Brian looks awkwardly conflicted.

“Brian?” she urges him irritated by his silence, his response comes hesitantly,

Described by the Sunday Times as ‘the Rottweiler of the caring professions’, from her first appearance in the national press in 1996 the eponymous Clare Barker has amused readers with her unique take on the world and her somewhat unorthodox approach to social work.

Together with David Ramsden, Harry adapted Clare’s adventures from the page to the airwaves in 2004 creating a long-running sitcom for Radio 4 starring Sally Philipps in the titular role (all episodes are available for download through BBC Sounds).

Of course, Clare is not Harry’s only creation – Hamlet, the perennially out of work thespian pig has appeared in The Stage for almost twenty years and Harry’s work regularly appears in national and international publications including the Independent, Sunday Times, Sunday Telegraph, and the Radio Times.

As well as his extensive success entertaining the public with his insightfully wry wit Harry works tirelessly educating and supporting aspiring future creatives. He is an accredited lecturer for The Arts Society, he presents on the history of cartoons, sitcom writing, and BBC radio comedy, he also tours schools, theatres, art centres and festivals with his cartoon workshop ‘Release Your Inner Cartoonist’. He has won several awards for his work including the ‘UK Cartoon Art Trust: Strip Cartoonist of The Year’ and the Sony Radio Comedy Award.

In 2021 Harry’s outstanding contribution to the well-being of the nation’s social workers was recognised in his appointment as Ambassador for the British Association of Social Workers, Social Workers Union.

So, Harry is certainly no stranger to public recognition of his contributions such as that we mark here today, although I have noted a persistent strand of self-deprecating humility in his acceptance of such awards. It is this characteristic humbleness that leads me to close this presentation today by borrowing unashamedly, albeit with a slight amendment, Harry’s own words – penned in a cartoon to mark his 2021 BASW award: many congratulations Harry and “Honestly! [We don’t] hand these out to any Tom, Dick or Harry!”

Deputy Chair of Council, it is my absolute pleasure to present Harry Venning to you as a Fellow of Aberystwyth University. 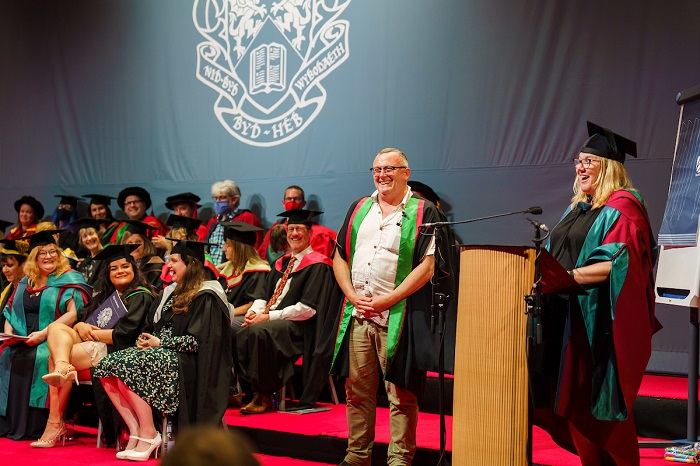