Over one hundred thousand tonnes of microbes could escape from melting glaciers, scientists warn 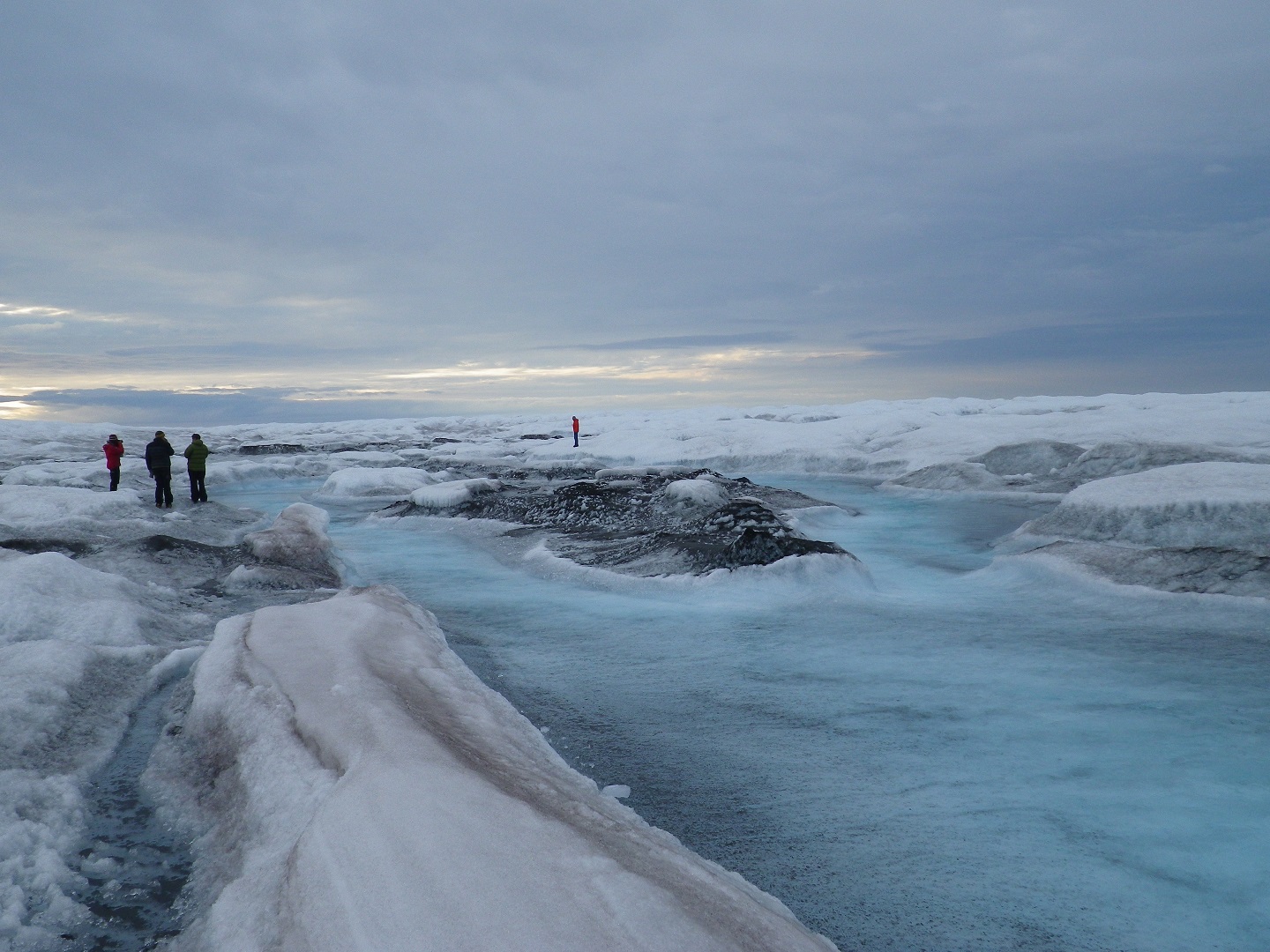 Some of the research team on the western edge of the Greenland Ice Sheet.

More than a hundred thousand tonnes of microbes, including potentially harmful and beneficial ones, could be released as the world’s glaciers melt, scientists from Aberystwyth University have warned.

After examining surface meltwaters from eight glaciers across Europe and North America, and two sites in western Greenland, the academics estimate that even with only moderate warming, these microbes will be released to downstream ecosystems.

Assuming a climate scenario where there is a moderate rise in carbon emissions, the study predicts that more than a hundred thousand tonnes of microbes will be released into the wider environment. That would be equivalent to an average of 0.65 million tonnes per year of cellular carbon, which includes microbes, being delivered into rivers, lakes, fjords and oceans across the northern hemisphere over the next 80 years.

Estimates suggest that Earth's glaciers have been losing around a trillion tonnes of ice per year since the early 1990s, mainly driven by further melting of their surfaces.

Scientists believe the impact of further glacial melting, including the discharge of microbes into downstream environments, may be significant.

“Over the coming decades, the forecast 'peak water' from Earth's mountain glaciers means we need to improve our understanding of the state and fate of ecosystems on the surface of glaciers. With a better grasp of that picture, we could better predict the effects of climate change on glacial surfaces and catchment biogeochemistry.”

“These important findings build on much of our previous research here in Aberystwyth. The number of microbes released depends closely on how quickly the glaciers melt, and therefore how much we continue to warm the planet. But the mass of microbes released is vast even with moderate warming.  While these microbes fertilize downstream environments, some of them might be harmful as well.”

The Aberystwyth academics’ findings were published in the journal Nature Communications Earth & Environment this month.

The study was led by former Aberystwyth PhD student and associate lecturer, Dr Ian Stevens, who is currently a postdoctoral researcher at Aarhus University.

Dr Stevens is working on the Deep Purple project and examining the physical and microbial processes which accelerate melting of the Greenland Ice Sheet.