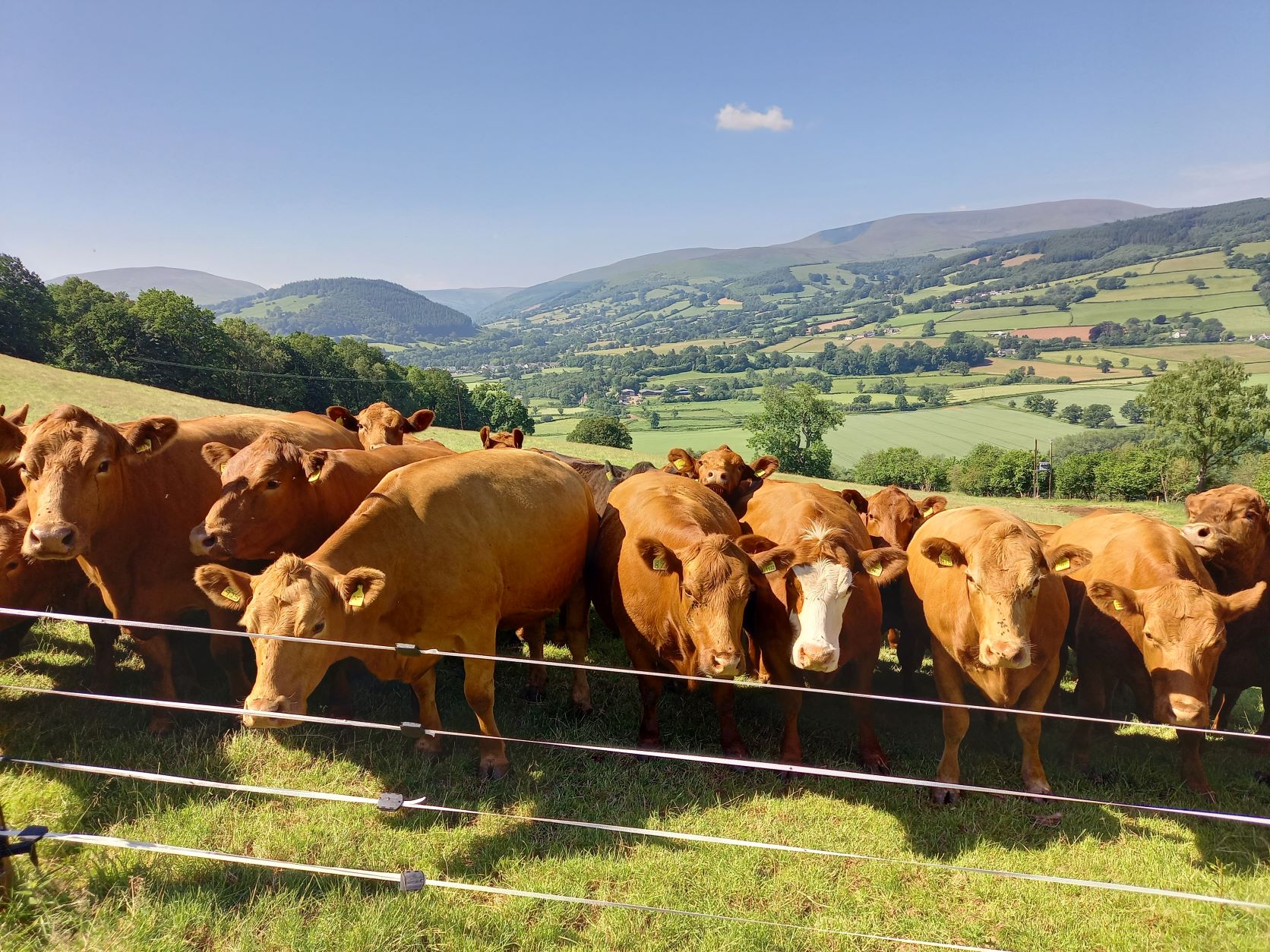 Cattle produced by the Roderick Family at Newton Farm, Brecon.  The Roderick family and their farm feature in a series of 3 short films produced for BeefQ highlighting how certain farm practices can influence beef eating quality.

The final report of a major four-year research project led by Aberystwyth University is recommending the introduction of a UK-wide grading system for beef to provide consumers with guaranteed and consistent beef eating quality.

The aim of the BeefQ project was to develop, test and demonstrate how a system predicting the eating quality of beef could work in the UK.

As a basis for predicting eating quality, the BeefQ project used the highly successful Meat Standards Australia (MSA) grading model which was introduced in Australia twenty-five years ago and which awards a three, four or five star rating to eating quality graded beef.

To validate the MSA module for use in the UK, the team carried out a survey of 2,090 carcasses covering almost 70 different breeds and crosses.

They also held 20 tasting sessions with 1,200 consumers in Wales and England to test their responses to different cuts and predicted eating quality of beef.

The report findings were announced at a special event held at the Royal Welsh Winter Fair showground in Llanelwedd on Tuesday 29 November 2022, in collaboration with key project partner Hybu Cig Cymru - the organisation responsible for the development, promotion and marketing of Welsh red meat.

BeefQ Project Manager Dr Pip Nicholas-Davies from the University’s Department of Life Sciences said: “Our research shows that introducing a clear set of standards across the United Kingdom could benefit both consumers and industry. This country is well known for the quality of its beef but a recognised grading system would offer additional choice, consistency and confidence to consumers while contributing to the long-term sustainability of beef producers and processors in a highly competitive market. We hope our findings will now be taken forward by industry and policy makers.”

“We’re pleased to be holding an event at the Winter Fair to mark 4 years’ work on the BeefQ project. To secure the best possible returns for farmers and processors in Wales, it’s essential to further build the reputation of PGI Welsh Beef as a world-class premium product. Undertaking this research will help the sector to give consumers confidence in the eating quality of Welsh Beef, alongside its strong credentials of sustainability and traceability.”