Ukraine war: why Russian soldiers’ mothers aren’t demonstrating the strong opposition they have in previous conflicts 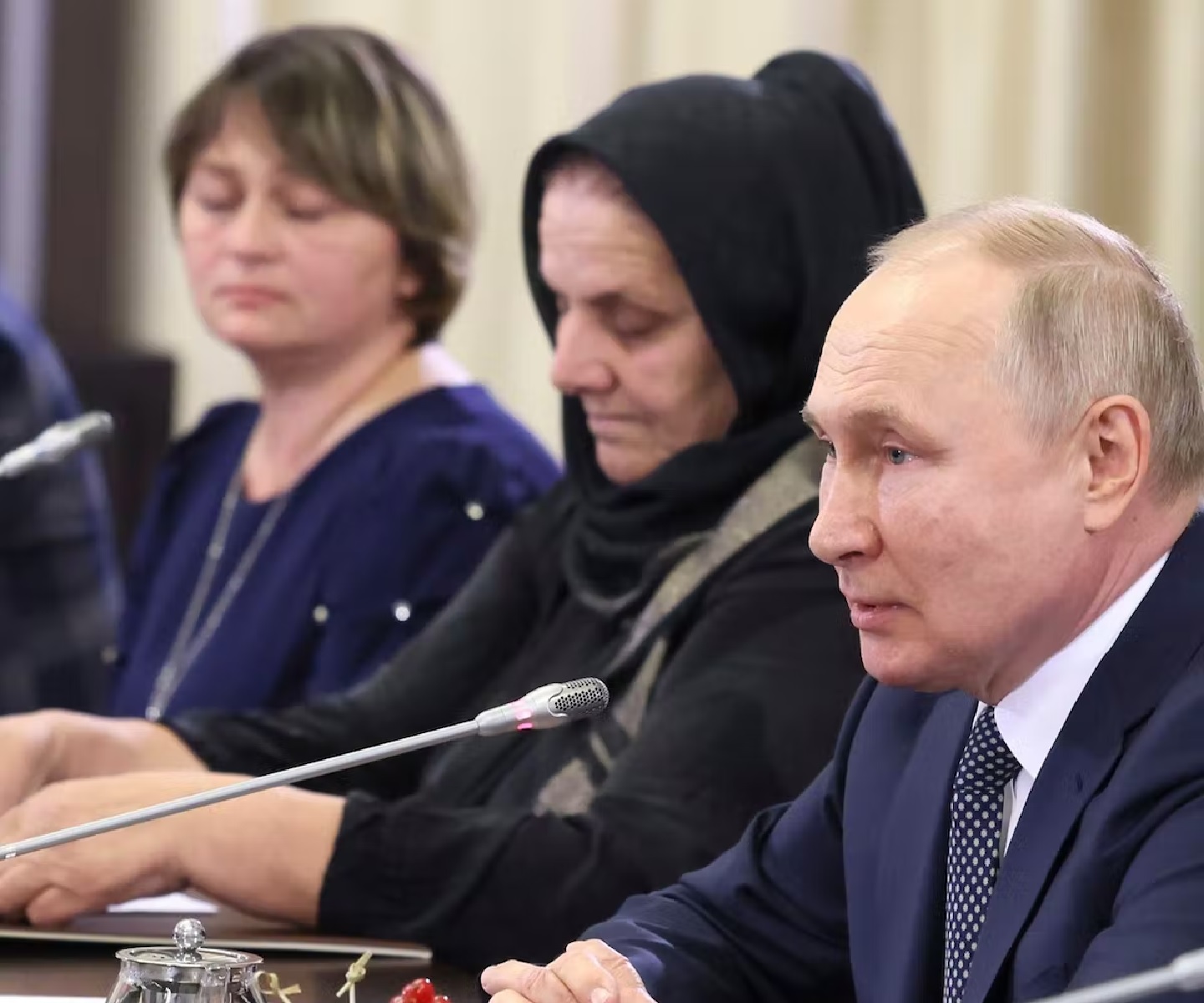 Vladimir Putin holds a face-to-face meeting with mothers of servicemen serving with the Russian army in Ukraine, at the Novo-Ogaryovo state residence on November 25 2022. Mikhail Metzel/Kremlin Pool/Alamy Live News

Writing in The Conversation, Dr Jenny Mathers from the Department of International Politics and Natasha Danilova from the University of Aberdeen, discuss the response of the mothers of Russia’s soldiers to the war in Ukraine.

Russia’s official response has been surprising. The ministry of defence took the unusual step of swiftly announcing the deaths of 63 (later revised to 89) soldiers – the largest number of casualties so far acknowledged in any incident since the start of Russia’s mass invasion of Ukraine in February 2022.

But just as surprising has been the lack of organised public opposition to this announcement of mass military deaths from the mothers of Russia’s soldiers fighting in Ukraine.

Our ongoing research project uses analysis of words used about the war on Russian news media and social media to examine gendered responses to the war in Ukraine. While our research is still at an early stage, we are finding that the responses of soldiers’ mothers are far from straightforward.

When Russia’s mass invasion of Ukraine began, many observers expected Russia’s soldiers’ mothers to lead grassroots opposition to the “special military operation”, and with good reason.

One of Russia’s best-known and most-respected civil society organisations, the Committee of Soldiers’ Mothers of Russia (CSMR) and its network of committees provided a focal point for opposition to Moscow’s unpopular wars in Afghanistan and Chechnya, particularly by defending the rights of conscripted soldiers.

The CSMR and committees across Russia provided free advice on legal ways to defer or evade conscription, and even took the ministry of defence to court to compel the state to fulfil its legal obligations to its own soldiers.

But this movement has changed a great deal since the 1990s. No longer “a coherent and unified force”, they have evolved into a loose network of organisations. Some committees express strong support for traditional values, patriotism and the military, while others campaign for progressive human rights and against militarism.

Many mothers initially appealed to their local committees for help in getting information about sons sent to Ukraine. As the war continued, however, soldiers’ mothers have not been using the committees to articulate their concerns and amplify their voices.

They have, instead, turned to social media, initially to search for posts that might provide them with information about their loved ones, and then to create digital communities as alternatives to the old-style committees of soldiers’ mothers.

Without the backing of the committees of soldiers’ mothers, with their valuable networks and experience, the mothers of Russia’s soldiers fighting in Ukraine are not able to speak with one voice. Instead, they organise on a much smaller scale, typically around units that their sons serve in, a particular military incident, or the regions where their sons were recruited from. Their messages are therefore fragmented and often inconsistent, although there are some themes.

They are focused, first and foremost, on the welfare of their sons, although the mothers’ concerns do not necessarily translate into straightforward opposition to the war itself.

Instead, mothers’ demands are often couched using the language of patriotism and are simultaneously supportive of the Kremlin and critical of Russia’s military leadership, for example by calling upon the state to prepare their sons more effectively for combat.

In many parts of Russia with high levels of socio-economic deprivation, the family’s economic survival is dependent upon the military service of their sons. The army offers employment and the opportunity for a respectable career.

For these mothers, a soldier son who is killed in combat is a double tragedy: the loss of the loved one as well as the loss of the salary that sustains life for others. It is no wonder that some of the mothers of Russia’s fallen soldiers call upon the state to provide them with financial compensation.

The “partial mobilisation” announced by Vladimir Putin in September has added a further layer of complexity, introducing a new category of soldiers’ mothers: mothers of men who might unwillingly become soldiers.

The reluctance of their men to be mobilised has placed these women in direct, if covert, opposition to the state. They have protested on the steps of military recruitment offices and helped men to escape over borders.

Given the very limited opposition shown by soldiers’ mothers to the war, the Russian state might be expected to pay little attention to this group. In fact, it is just the opposite.

The Russian state wants the approval of soldiers’ mothers and feels the need to respond to their concerns because, especially during wartime, they command a great deal of public respect and moral authority. At the same time, it simply does not trust them to spontaneously articulate the “correct” views.

The Kremlin’s solution is to create carefully staged performances that give the appearance of unity (see main photo). A prime example was Putin’s televised meeting in November with a group of women who may be soldiers’ mothers but who are far from ordinary.

All were carefully chosen, some for their connections to national or regional political elites, others for their membership of patriotic organisations that openly support the war.

Where does this leave the mothers of Russia’s soldiers? Our research is still ongoing, but we do not expect soldiers’ mothers to lead mass protests condemning Russia’s invasion of Ukraine. We do, however, see more subtle forms of resistance which, over time, are contributing to the erosion of Russian society’s support for the war in Ukraine.