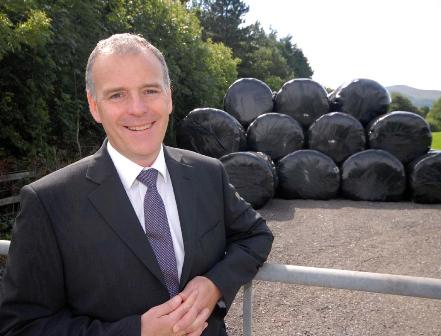 Gareth Edwards-Jones was born in 1962 and grew up on a farm in the Vale of Clwyd.  After gaining a First Class Honours degree in Biology from the University of Manchester (1984) and a PhD from the University of London (1988), he took up a position at the Scottish Agricultural College (SAC) in Edinburgh as a bio-economist.  Five years later, in 1995, he became Head of the Rural Resource Management Department at SAC.

Gareth was appointed Professor of Agriculture and Land Use Studies in the School of Agricultural and Forest Sciences (now the School of Environment, Natural Resources and Geography) in 1998.  Over the next 13 years he led the development of agriculture at Bangor, setting up the Centre for Hill and Upland Management (CHUM) and obtaining substantial external funding for capital, research and knowledge transfer projects at Henfaes, the School's lowland farm site.

Gareth's research interests were wide-ranging, covering agriculture-related topics from the agronomy of hemp and flax to the reduction of risk from E. coli in rural communities.  He was highly regarded as an expert on the environmental impacts of food production and had recently developed an interest in the global challenge of food security.  In recognition of his expertise, Gareth was a member of several important national committees and advisory groups, made numerous appearances on television and radio, wrote regular press contributions and, as a charismatic speaker, received far more invitations than he could possibly accept to give talks to academic, industry and community groups.  He was appointed the first Waitrose Chair in Sustainable Agriculture at Aberystwyth University in 2010.

Despite his research and other commitments Gareth remained an active and respected teacher, inspiring both the undergraduate students who attended his lectures and the many PhD students who worked with him on his research projects. An ardent supporter of Manchester United, he will long be remembered as an active 5-a-side football player, for his competitive approach to the game, his prolific goal scoring talent and his weekly opinions on team selections.

In late 2010 Gareth was diagnosed with cancer and he died all too soon afterwards, on 14 August 2011.  He is survived by his wife Emma and his children Gethin and Eleanor.  He will be missed by his colleagues, but remembered for his energy, enthusiasm and achievements during a career that was sadly shorter than it should have been.