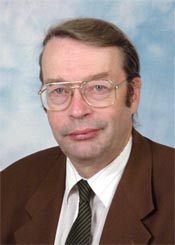 The name John Barrett will always be synonymous with the term parasite biochemistry, especially with advances in comparative metabolism and drug detoxification mechanisms.  His first of over two hundred research papers was published in the journal Nature in 1968 while he was based at the Molteno Institute of the University of Cambridge. He contributed to a number of book chapters in parasitology, and his book ‘The Biochemistry of Parasitic Helminths’, published in 1981, remains a reference text for parasitologists worldwide, and was used to help annotate the schistosome parasite genome in 2009.

Originally from Chippenham, John graduated from Cambridge in Zoology in 1965 and was awarded a PhD in 1968. It was during his research for the PhD at the Molteno Institute that his interest in the biochemistry of parasites blossomed and he laid the foundations of a distinguished research career. Apart from his obvious intellectual capacity, his hallmarks were kindness and a ready, but always gentle wit, attributes that were evident throughout his career.

The significance of his early work on metabolic pathways of parasites was quickly recognized. On leaving Cambridge he held a National Institute of Health research fellowship at the University of Massachusetts from 1968 to 1971 and was Browne Research Fellow at Queen’s College, Oxford University from 1971 to 1973. He was appointed lecturer, later senior lecturer, in parasitology at Aberystwyth in 1973.

Here he joined Dr F. G. Rees, later Professor F.G.Rees F.R.S., a founder member of the British Society of Parasitology, and along with Dr M. R. L. Johnston they laid the foundations for excellence in both teaching and research in parasitology in the Department of Zoology at Aberystwyth.

These were productive times for John Barrett. He quickly established a rapport with undergraduate students and was recognized as a stimulating lecturer at the forefront of his field. He was a dedicated research supervisor and throughout his career successfully obtained research council funding to maintain an impressive team of graduate students and postdoctoral fellows who were actively encouraged to publish group findings in a wide range of international biochemical journals. Many went on to establish successful careers as leading parasitologists.

John was awarded a DSc from the University of Wales in 1982 and appointed Head of Department and Professor of Zoology at Aberystwyth in 1983, a post he held until 1988 when the department merged with the Department of Botany & Microbiology to form the Institute of Biological Sciences. In 1991 he was elected Dean of Science and over the next three years was instrumental in steering the Faculty in its move to modularity and a two semester teaching year, a task that called on his patience and clear understanding of the needs of undergraduate training in science. Later, in 2000 Professor Barrett was appointed Pro Vice-Chancellor, a post he held until 2005.

Through his awareness and understanding of contemporary issues in higher education he was able to make a substantial contribution to the running of the University. Whether involved in student affairs or management and strategic planning, he was master of his brief and fully committed to the University. The value of his skills in management and administration were no more clearly evident than, when on the point of retirement, he was persuaded to take on the interim headship of the Department of Sport & Exercise Science during the search for a permanent head.

Throughout his career, John was supported by his wife Penny and together they were the most genial of hosts. Although very supportive of Penny’s equestrian activities he could not be persuaded to be an active participant and found his relaxation through gardening, where his skills were evident in the flower beds and a highly productive vegetable garden at his home in Llanfarian on the outskirts of Aberystwyth.

He is survived by his wife and two daughters, Sara and Kate.