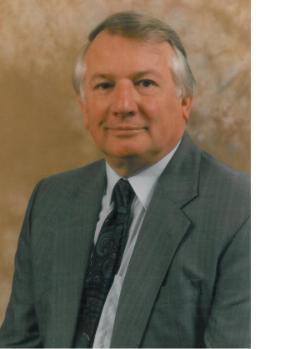 John Garnett is a landmark figure in the discipline of International Relations as well as in the history of its birthplace: the Department of International Politics at Aberystwyth. John was the ninth holder of the Woodrow Wilson Chair of International Politics (1981-1997) and in 1962 was the first lecturer to be appointed at a British university in the new subfield of Strategic Studies. He pioneered the teaching of that subject in the UK, developing undergraduate and postgraduate degree courses together with Laurence Martin, one of his predecessors as Woodrow Wilson Professor. John quickly gained a reputation as a leading scholar through his publications, particularly those on nuclear strategy. Intellectually he came from the Realist school of International Relations and his academic work was informed by his deep understanding of the history of political thought and political philosophy, as well as international history and international law.

Colleagues and students remember John as a popular and inspirational teacher with a real talent for making abstract theory both accessible and relevant to the real world of diplomacy, foreign policy and the conduct of war. Professor John Baylis, formerly of Aberystwyth and Swansea Universities, recalls: ‘I came to Aberystwyth in 1968 largely because of his reputation…He had that rare ability which allowed undergraduates, postgraduates, junior and senior officers, and diplomats at various levels, to get different insights from his lectures.’ Professor Sir Steve Smith, Vice-Chancellor of Exeter University, remembers teaching a new first year undergraduate course with John in the early 1990s: ‘I sat in his lectures every week, and I was incredibly impressed by the way in which he brought the subject to life. Students moved from the classroom to the MoD to the State Department and back to Realist theory in the space of every hour.’

Public service to the non-academic community was an important feature of John’s professional life and his expertise was much in demand. He was an academic consultant at the Joint Services Defence College, a member of the Council of the Royal United Services Institute, a member of the Foreign Office Advisory Panel on Arms Control and the British Representative on the United Nations Advisory Board on Disarmament.

John was Head of the Department of International Politics at Aberystwyth for more than a decade and was its public face for more than thirty years. He steered the department through a challenging period and was responsible for appointing academics who went on to become the next generation of leaders of the discipline. His sense of service extended well beyond the department and he spent several years in the role of Pro-Vice Chancellor of the University.

Many of us who worked with John benefitted from his kindness and friendship. As a brand new lecturer in my first post, I remember being touched that the department’s most senior professor and head would take the time to check that I was settling in and offer words of encouragement and reassurance. He provided support to colleagues who were going through difficult times and this was done quietly, without any fanfare. These personal qualities, together with his contributions to the academic discipline and his influence on generations of former students, will ensure that he will long be remembered by those who knew him.