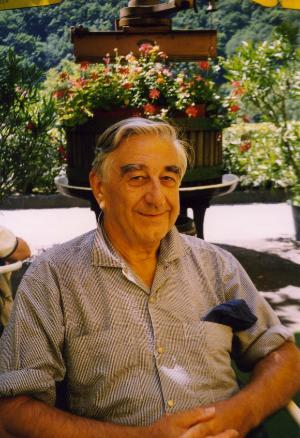 ‌‌Laurie Thompson, who has died aged 77, was an outstanding and prolific literary translator. He also had a distinguished academic career, and had a major impact on the promotion of Swedish language, literature and culture in the UK.

Laurie was born in York in 1938, and was always proud of his working class roots. His father was a typesetter and later a proofreader with the Yorkshire Evening Press, while his mother worked as a sweet packer at Rowntrees until she married. He attended Nunthorpe Grammar School, and was very active in St Lawrence’s Church choir in York; his love for music remained with him throughout his life. He was also a keen sportsman with a particular fondness for cricket. After his National Service, during which time he completed an intensive course in Russian and carried out Special Intelligence Duties at the Ministry of Defence in London, he went to the University of Manchester – the first member of his family to attend university. After graduating in German he took up a post as British Centre lektor in Umeå in northern Sweden, teaching English in schools and evening classes. He then became a lecturer in English at the University of Umeå.

The following year he moved to the University College of Wales in Aberystwyth as lecturer in German and Swedish. His experience in Umeå made him a brilliant language teacher, and his ability to bring literary texts to life and make them accessible to his students was second to none. He expected his undergraduates to work hard, but nobody worked harder than Laurie. Many a student handed in a piece of work at the end of the day with a sigh of relief, only to find it back in their pigeon hole first thing the following morning, accompanied by perceptive and helpful comments, and suggestions for a couple of other things he or she might like to be getting on with...

He gained a PhD in 1979; the subject of his thesis was the works of Swedish author Stig Dagerman.

In 1983 he became Head of Swedish at St David’s University College, Lampeter, and was awarded an Honorary Doctorate by the University of Linköping in 1986. He was Head of the School of Modern Languages at SDUC from 1991 to 1995. He took early retirement in 1997 because of the planned closure of the Swedish Unit, but continued as a part-time lecturer until 2000.

Meanwhile, however, Laurie had been developing one of his other great skills – translation. He was a founder member of SELTA, the Swedish-English Literary Translators’ Association; its aim was to support and promote translations from Swedish, and the organization has gone from strength to strength. Following the adoption of the journal Swedish Books by SELTA and its rebranding as Swedish Book Review, Laurie became its first editor, serving from 1983 until the end of 2002. The aim was to reach ‘those with a professional interest in Swedish literature... and an increasing number of ordinary people with an amateur interest in Swedish books’. It published a wide range of translations, articles, reviews, and encouraged debate on relevant issues. In the days before computers, email and digital printing, virtually everything had to be done by hand, and the lion’s share of that work was done by Laurie, alongside his demanding academic commitments. He was unfailingly encouraging to both new and more experienced translators, and there are many who owe him a huge debt of gratitude. Swedish Book Review has continued to flourish, and Laurie remained a regular contributor; the current edition features his translation of an extract from Aino Trosell’s short story collection Krimineller.

He was awarded the Royal Order of the Polar Star for services to Swedish literature and culture in 1992.

However, it is as the translator of contemporary novels that most fans of Scandi crime or Nordic noir will recognize Laurie’s name. He published well over fifty titles, including many of Henning Mankell’s Wallander novels, and books by Håkan Nesser, Åsa Larsson and Åke Edwardson, as well as Mikael Niemi – the list goes on. He liked nothing more than wrestling with Nesser’s clever word play, or Niemi’s tricky dialect. He had the ability to capture exactly the right tone and to get under the skin of a novel. He worked tirelessly until his death, and readers can look forward to new translations of  Nesser and Mankell later this year. In an ironic twist of fate, he also translated Mankell’s cancer diaries last year.

He travelled widely in Sweden, Germany and the USA; he particularly enjoyed experiencing the beauty and wildlife of South Africa, but he found great peace and tranquillity in his home in west Wales. He had little patience with ‘modern urban life’ and was never happier than when he was sitting in the garden with a glass of something chilled, surrounded by wild birds and his beloved cats, gazing out across the valley as the red kites soared high above on a warm summer’s day. The annual celebration of a Swedish-style Christmas on 24 December was one of the highlights of his year – with Morecambe & Wise bringing a little sunshine, of course.

Laurie will be remembered for his warmth and kindness, his generosity, his ability to inspire, encourage and support, his willingness to give sound, considered advice when asked, but above all for his sense of humour. He had a caustic wit, a love of irony, and an ability to see the funny side of most things. He was modest and self-deprecating, in spite of his impressive achievements.

One of Laurie’s favourite writers was Dylan Thomas, and following his cancer diagnosis in 2010, he often reiterated his determination not to ‘go gentle into that good night’. He fought every step of the way, but sadly the battle was lost on 8 June, when he was no longer able to rage against the dying of the light. He has, however, left an invaluable legacy, and the world is a much duller place without him.

The most important thing in Laurie’s life was his family; he is survived by his wife Birgitta, son Eric, daughter-in-law Debbie, and granddaughters Laura and Emily.