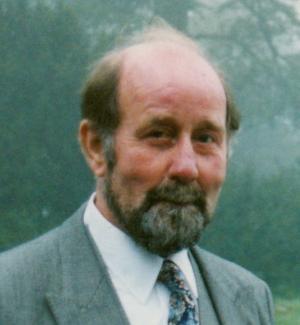 ‌The death has occurred, aged 91, of Michael MccGwire, who was a student in Aber between 1967-1970, on the staff in the International Politics Department between 1970-71, and an Honorary Professor in the 2000s. Mike had a remarkable life, as a man of action and as an outstanding analyst on strategic issues in the Cold War and beyond.

Michael Kane MccGwire was born in Madras in 1924. As an over-energetic 13-year old, he was sent to Dartmouth Royal Naval College, where he later graduated as top of his year, earning the much-coveted ‘King’s Dirk’. This was presented to him by King George VI, though he forgot to tell his parents about the event.

As a 17 year-old Midshipman, Mike went war in 1942 knowing that half the graduating class from the previous year had already lost their lives. In the next three years he took part in the legendary relief convoy to Malta, the North African, Salerno, Anzio, and Normandy landings, and then as First Lieutenant in highly-dangerous raids along the coasts of north-west Europe in an MTB Flotilla. He never missed a chance to tell people how lucky he had been.
At the time of Germany’s surrender, Mike’s ship was on its way to the Pacific, where the RN soon became involved in restoring order and attempting to re-establish empires (the Dutch and French, as well as the British). Back in the Mediterranean in 1947, his then generally conventional world-view received a shock as a result of his experience in the Palestine Patrol, where he saw wartime allies pulling in opposite directions, and refugees being brutally exploited for political purposes.

With the Cold War was hotting up, Mike volunteered to go to Cambridge University to learn Russian - his class included the defector George Blake. Now sharing the general opinion that the next major war would be against the Soviet Union, Mike opted to work at GCHQ where he organised the production of the RN’s first Russian naval dictionary. In1956 he worked as liaison officer on a Soviet destroyer accompanying the Soviet leader Nikita Khrushchev on a high profile visit to the UK, and in the following year took his growing family to Moscow, where he was Assistant Naval Attaché, a brief that included intelligence gathering (under constant surveillance) from Murmansk in the north to Odessa, Tbilisi and Baku in the south. These experiences led him to a more nuanced picture of Soviet realities, a less enthusiastic view of Western policy, and a more complex understanding of international politics.

During the next few years a variety of international staff posts followed, going beyond naval matters to issues of high policy. He participated in nuclear war gaming exercises, playing in the ‘Red’ team. His experiences led him to conclude that the strategy of ‘containment’ pursued by the United States since 1947 was deeply flawed, overmilitarised, and dangerous; and that British policy was increasingly backward-looking and insular. He became convinced of the need to change the world, and that his skills might be best deployed in the international rather than the national arena.

But he had one final post in the RN. In 1965 MccGwire was appointed head of the Soviet naval section of British intelligence (the first Russian speaker to hold it). His impact was decisive, carrying out major reforms in data-handling and analysis. When he retired in 1967 his successor wrote: ‘It is my sincere belief that he has succeeded in contributing something tangible to the security of the country and to the stability of the world in a way that is not given to many of us to do.’ Commander MccGwire was awarded an OBE for this in 1968.

Despite the upward trajectory of his career in the RN, Mike decided on a new path, though he was already in his forties and he and his wife Helen had five young children to support. His main ambition was to work for the United Nations Development Programme (UNDP), which was committed to eradicating poverty and reducing inequality in the Third World. To switch careers, Mike needed some educational credibility, and so enrolled for a degree in Economics and International Politics at the then University College of Wales, Aberystwyth. During his time as a student, his studies were regularly interrupted by calls to contribute to major debates about the increasingly prominent expansion of the Soviet Navy across the world. Nevertheless, he still found time to establish the student magazine Interstate, which still runs, organise sailing-courses on Nant-y-Moch, and inspire other students to think internationally and practically. Two in particular might be mentioned: Michael Clarke, who recently retired as Director of RUSI, and Ian Hopwood, who recently retired after senior positions in UNICEF in New York, and UNICEF Representative in a variety of African countries.

After a brief period on the staff in the International Politics Department, Mike moved to set up a new Maritime and Strategic Studies Centre in Canada. To his deep regret, he did not make it into UNDP because of the obstacle of already-filled national quotas. The international community was thereby deprived of someone who would have made an exceptional international civil servant, for he had earned the reputation of being a ‘natural’ leader since his Dartmouth days. Instead, Mike became increasingly prominent as one of the most acute analysts of Soviet strategy during key periods of the Cold War, providing an original and controversial explanation of the expansion of the Soviet navy, and producing two original books on Soviet defence policy.

At the height of the Reagan-Brezhnev ‘New Cold War’ after 1979, MccGwire became a public intellectual in Washington from his new base at the Brookings Institution, a long-established Washington think-tank. The highpoint was a debate with the Reaganite ‘Prince of Darkness’, Richard Perle, on US TV. On retirement from Brookings MccGwire went back to Cambridge University to work on global security problems. He concentrated on an issue that had long troubled him: nuclear deterrence. From 1960 onwards, when as a junior naval officer he had first questioned UK nuclear weapons policy, he became one of the most challenging and knowledgeable voices in debates about nuclear weapons, offering a range of seminal articles whose theme is summed up in the title of one of them: ‘Deterrence: the Problem not the Solution’ (1985). His nuclear work was often given a platform by the Royal Institute of International Affairs (‘Chatham House’) where he notably clashed with Sir Michael Quinlan, the guru of British government thinking about nuclear weapons. MccGwire opposed Trident renewal, and well into his 80s attempted to counter official thinking, for example by contributing his ‘Rush to Judgement’ evidence to the Defence Select Committee of the House of Commons in 2007.

In 1998 a book of essays was produced in MccGwire’s honour: Statecraft and Security: the Cold War and Beyond. The A-list of contributors were people who recognised his outstanding contribution to a wide variety of fields: they included sociologist Lord Giddens (former Director of LSE), Raymond Garthoff (major historian of Cold War Soviet foreign policy), and Michael Herman (former practitioner in UK intelligence, and leading scholar of intelligence studies). For the past nearly twenty years the royalties from this book have provided a fund for The Annual Michael MccGwire Prize for Mature Students in the Department of International Politics at Aberystwyth University.