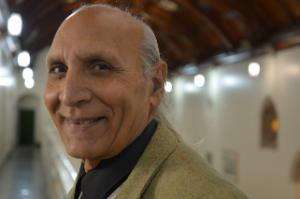 It is with sadness that we learnt of the death of Emeritus Professor Paul Avtar Singh Ghuman who passed away on Friday 12th August.

Professor Ghuman was a distinguished and steadfast member of the School of Education, actively contributing to research, teaching and administration for over three decades.

He joined the Education Department (as the School was then known) in 1971. He was deservedly awarded a personal chair in 1998 and was appointed Head of the School in 2000, a position which he held until his retirement in 2003.

It was as a researcher that Paul (as many of us knew him) achieved notable success, publishing regularly over the decades. His early interests centred on educational psychology, mainly concentrating on the children of immigrant families.

But his work included cultural issues and explored the experiences of immigrant children in the educational system and the wider society. Indeed, he was responsible for establishing the first taught undergraduate course in multicultural education in the UK.

He continued to research and publish after his retirement and in 2015 his work was recognized by an award by the British Psychological Society for promoting equality of opportunity. Paul was also a Fellow of the Royal Society of Arts and a fellow of the International Academy for Intercultural Research.

Paul was very fond of conversation on all topics, both serious and amusing. He would sometimes recall many of his early experiences, which included his family being in the population exchanges following the Partition of India in 1947 and his early life as an immigrant in the UK in the 1960s.

Paul enjoyed his own and other people’s anecdotes, but he was forthright in all exchanges and rarely held back. Always immaculately dressed and with a military-like bearing, Paul could be seen regularly walking in town and on the campus and all who came into contact with Paul would remember him.