On 20 January 2017, International Politics students and staff gathered in the Main Hall to watch Donald Trump being sworn in as President of the United States and to join in a discussion, led by two American members of academic staff Dr Warren Dockter and Dr Jenny Mathers, about the new administration.

Presidential inaugurations hold a special place in American political culture. In his opening remarks Warren Dockter explored the history behind traditions that have become part of the event, such as the parade down Pennsylvania Avenue (which dates from Jefferson’s inauguration in 1801) the inaugural address itself (pioneered by William McKinley in 1897). Warren also considered the importance of the peaceful transitions between outgoing and incoming administrations and noted that this had sometimes broken down, such as in 1869 when Andrew Johnson insisted on holding a Cabinet meeting even as his successor Ulysses S Grant was being sworn in, and when Franklin D Roosevelt refused to even meet with his successor Herbert Hoover.

The discussion that followed ranged widely, including the significance of Trump’s cabinet nominations, how his campaign rhetoric might be translated into policy and his turbulent relationship with the media. Trump’s likely foreign policy was the focus of considerable attention, and Jenny Mathers commented on the future of the US relationship with Russia, which has generated a great deal of attention, and is likely to be driven less by specific policy issues than by Trump’s more generalised desire to improve relations with Moscow.

Immediately after the live broadcast, staff and students discussed their responses to Trump’s inaugural speech, commenting on the dark, dystopian picture he painted of life in America. Rather than marking a break between the election campaign that was past and the administration that was just beginning, our instant analysis suggested that Trump continues to be in campaign mode and may need this method of communication to maintain his position as an outsider who must fight against the political system that he now is expected to lead. 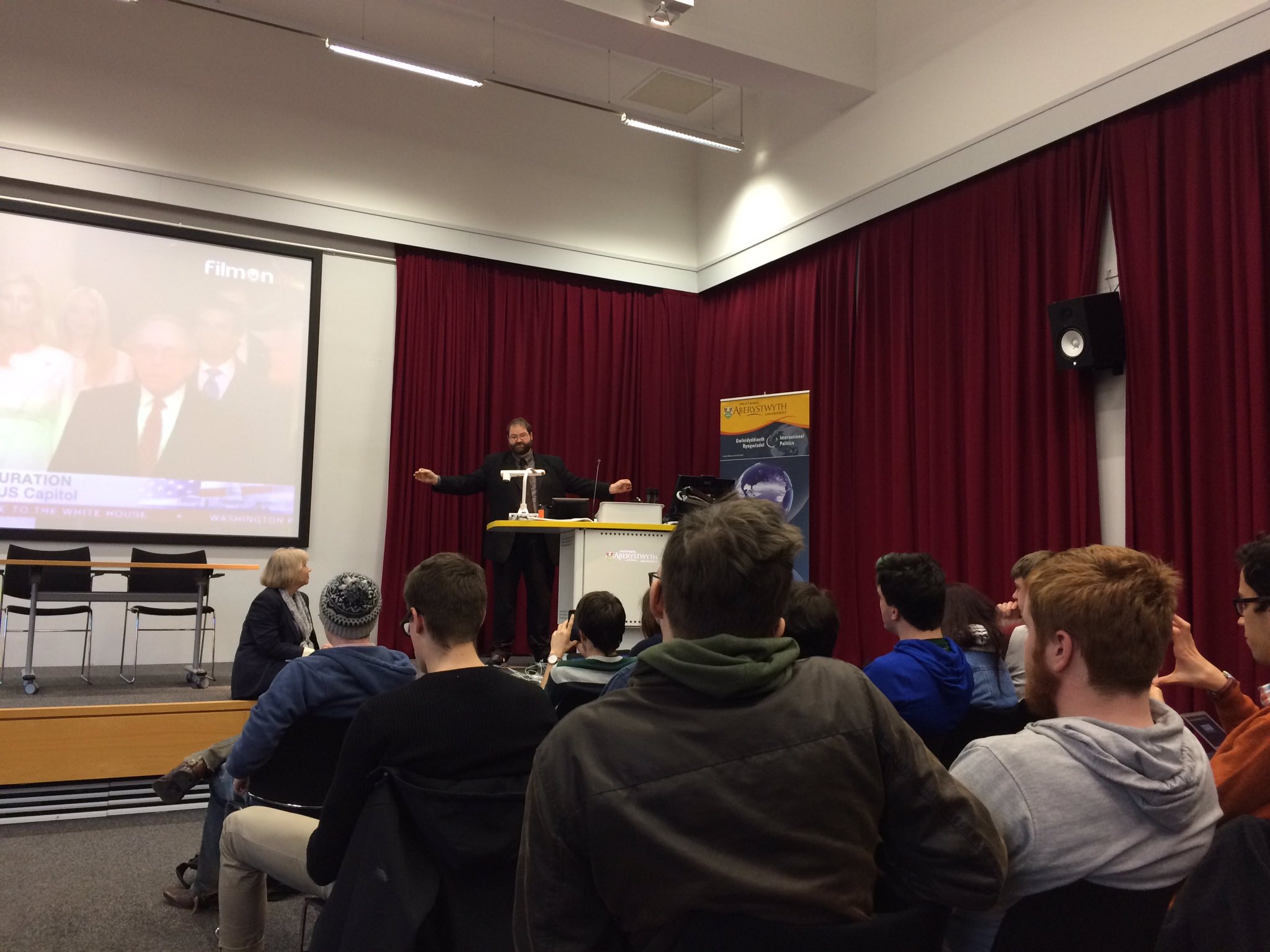