Barry Gilder, 'Intelligence from Conflict to Democracy: South Africa as a Case Study' 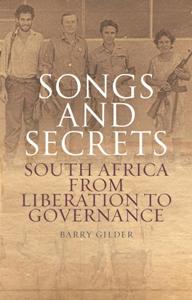 On 30 November 2012, the CIISS was happy to welcome Mr. Barry Gilder who presented his autobiography, 'Songs and Secrets'.

In 2003 he was appointed Director-General of the Department of Home Affairs. In 2005 he was appointed Coordinator for Intelligence where he served until his retirement from government at the end of 2007. Since then he has done some consulting work and has been working on a book on the experience of the transition from liberation movement to government.

He was appointed Director Operations of Mapungubwe Institute in March 2010.