Information Services celebrated World Book Night on 23rd April in the Hugh Owen, Thomas Parry and the Physical Sciences Libraries with a hugely successful haiku competition. Entrants were treated to free cake and biscuits at our stalls, and the haikus were judged by IS staff members Simon French and Ywain Tomos. 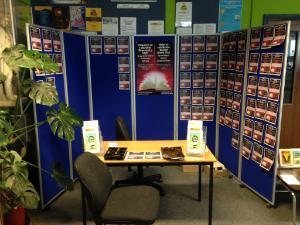 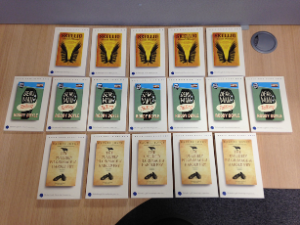 And the winners are...

Thank you very much to all who took part in our World Book Night celebrations this year. We received over ninety entries, and were delighted by the quality, inventiveness, and humour displayed. The winners of the competition, each receiving a set of three books and a £10 student union voucher, are as follows:

The judge for the English language entries, Simon French, had this to say:

'As someone not given to hyperbole, I would describe the haiku competition that we ran for World Book Night on the 23rd April as an outstanding success! From across our three libraries, and via Twitter, we received a total of 89 entries in five different languages (Welsh, English, French, Korean and Latin).

I’m guessing that chocolate cake in return for a haiku may have acted as an inducement but even with this in mind, there was a great deal of enthusiasm for the competition.'

Thanks to everyone who submitted haiku (each will receive a book) - all entries listed below: