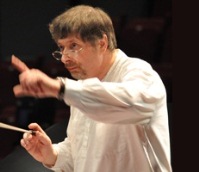 Aberystwyth University Director of Music, Dr David Russell Hulme, has brought to life a duet from Gilbert and Sullivan’s HMS Pinafore that has been silent since 1878.

Cut before the first performance and then lost, Dr Hulme has worked from rediscovered but incomplete orchestral parts to reconstruct the vocal melody and full score. The result will be performed for the first time by the resident professional company at the Buxton International Gilbert and Sullivan Festival this August.

Dr Hulme said: "Reconstructing the singers' melody is not simply a matter of making up something to fit the accompaniment. You need to get inside the composer's methods and read the clues in the surviving material - the notes that are not there as well as those that are. It's rather like being a detective, piecing together forensic evidence and other clues to discover what happened in the past."

David is well-known for his musical sleuthing, tracking down and bringing to life lost or partly-lost scores. His reconstructed orchestration of Edward German’s Marche Solennelle, recorded by the BBC Concert Orchestra, has just been released by Dutton and another Gilbert and Sullivan reconstruction is awaiting broadcast on BBC Radio 2’s Friday Night is Music Night.

A regular contributor to the BBC Proms programmes, he will be providing notes for this year’s performance of The Yeomen of the Guard, conducted by Jane Glover. He is also working on a commission from world-famous clarinettist Emma Johnson to arrange Edward German’s clarinet and piano works for orchestra and solo clarinet.