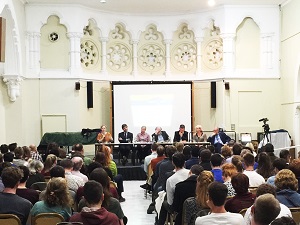 Aberystwyth University’s Department of International Politics has produced a podcast following its high-profile debate on the implications of Brexit.

More than 200 people came to hear the roundtable discussion held in the Old College on Thursday 29 September 2016.

The discussion was chaired by Professor Milja Kurki, Director of Research and Deputy Head of Department at Aberystwyth University’s International Politics Department. 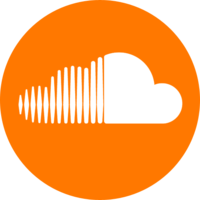 Professor Richard Beardsworth, Head of Aberystwyth’s Department of International Politics said: “There was standing room only in the Old Hall for this event which shows there is a real appetite in the Aberystwyth area for opportunities to debate current political topics. As a Department, we have a role to play in fostering the exchange of views and contributing our voice to the public sphere. This roundtable was the first in a series of post-Brexit discussions we have planned on the theme of negotiating political communities and we will announce details of our next event shortly.”

In a separate development, the Chancellor of Aberystwyth University Sir Emyr Jones Parry has been invited to be a member of the Advisory Group set up to provide advice to the Welsh Government on the challenges and opportunities arising from the UK's withdrawal from the EU.

"The decision to leave the European Union raises the most  complex challenges which have faced the United Kingdom in generations," said Sir Emyr, who is a former Head of the Foreign and Commonwealth Office's European Community Department.

"Resolution will involve many protracted negotiations and subsequent ratifications. Few policy areas will be unaffected. Higher education will be particularly affected, both in income and by free movement. The decision of the Welsh Government to set up an advisory group is welcome and will permit relevant expertise to be fed in to the decision making process."