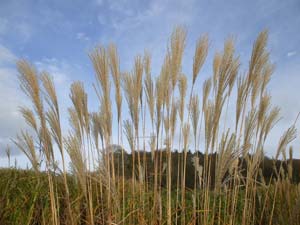 Scientists at the Institute of Biological Environmental and Rural Sciences (IBERS) at Aberystwyth University are to receive funding from the UK-Brazil funding initiative for a project led by the University of Bath (UK) and the Universidade Estadual de Campinas (Brazil) to develop a more cost-effective process for the production of biofuels and chemicals from plant material.

This four-year project has been awarded by the Biotechnology and Biological Sciences Research Council (BBSRC) and the São Paulo Research Foundation (FAPESP).

Dr Joe Gallagher, who leads the IBERS team said: “This is an exciting opportunity that brings together expertise and facilities from both the UK and Brazil to address the major challenge of climate change mitigation through the sustainable production of biofuels and chemicals from plant based non-food feedstocks.

Steve Visscher, BBSRC deputy chief executive – international, said: “This joint call, led by FAPESP, demonstrates the strength of the BBSRC-FAPESP relationship and builds upon long-standing collaborations between UK and Brazilian scientists. This investment demonstrates BBSRC’s continued commitment to Bioenergy as one of our strategic priorities, and the benefits of working with global partners to address its challenges.”

Brito Cruz, Scientific Director, São Paulo Research Foundation said the project addresses “one of the most important challenges in bioenergy production today, namely the use of lignocellulosic material to produce valuable chemicals and liquid fuel.”