Grasping the concept of colour 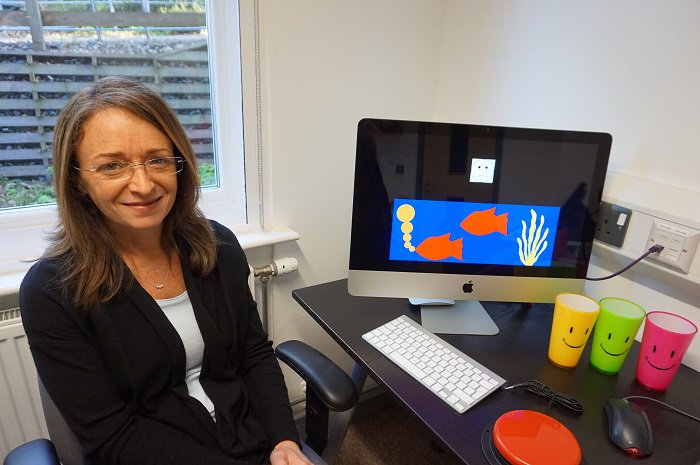 Children developing colour concepts have ‘blindness to background’ as they struggle to identify colour existing independently of objects, new research has revealed.

Experts at Aberystwyth University and Newcastle University have looked at the way pre-school children identify colours.

A research study conducted by Dr Catherine O’Hanlon, Lecturer in Developmental and Neurodevelopmental Psychology at Aberystwyth University, is shortly to be published in the scientific journal Developmental Science.

Despite colour being an important aspect of human visual experience, it often takes toddlers many months of teaching and reinforcing before they learn to apply colour words correctly and consistently.

“When it comes to colour, two to four year old children really struggle” explains Dr O’Hanlon from the University’s Department of Psychology. “The words are learned relatively late and the concepts developed even later.”

Dr O’Hanlon explains: “Our study took a novel approach to investigate whether toddlers only think about colour as being ‘part of an object’, and struggle to conceptualise colour as existing independently of objects.”

The research study involved showing children aged between two and twelve years a selection of simplistic pictures on a touch screen monitor, and asking them to point to a particular colour.  In each case that colour was either a foreground object, the background of the image, or was absent altogether.  Eye movement patterns were recorded as participants scanned the image.

The researchers found that young children were fast and accurate at pointing to foreground objects of that particular colour, but when the colour was the image’s background, younger children indicated that the colour was not present.

The study identified an inbuilt tendency to focus on objects and, what the researchers have termed, a ‘blindness to background’.  This is a striking phenomenon which has not previously been reported, and the researchers believe that this natural bias may slow the acquisition of colour words and the development of colour concepts in toddlers.

Interestingly, the research found that although the young children focused on foreground objects when the linguistic cue was a colour adjective, the blindness to background effect disappeared with the use of nouns.  So, for example, if the child was shown a picture of an aquarium and asked to point to ‘water’ instead of ‘blue’, they quickly shifted their attention to the background and pointed at it.

The research found that sometime between the age of four and five years old, the blindness to background effect is overcome.