Computers from Aberystwyth find new life in a Nigerian college 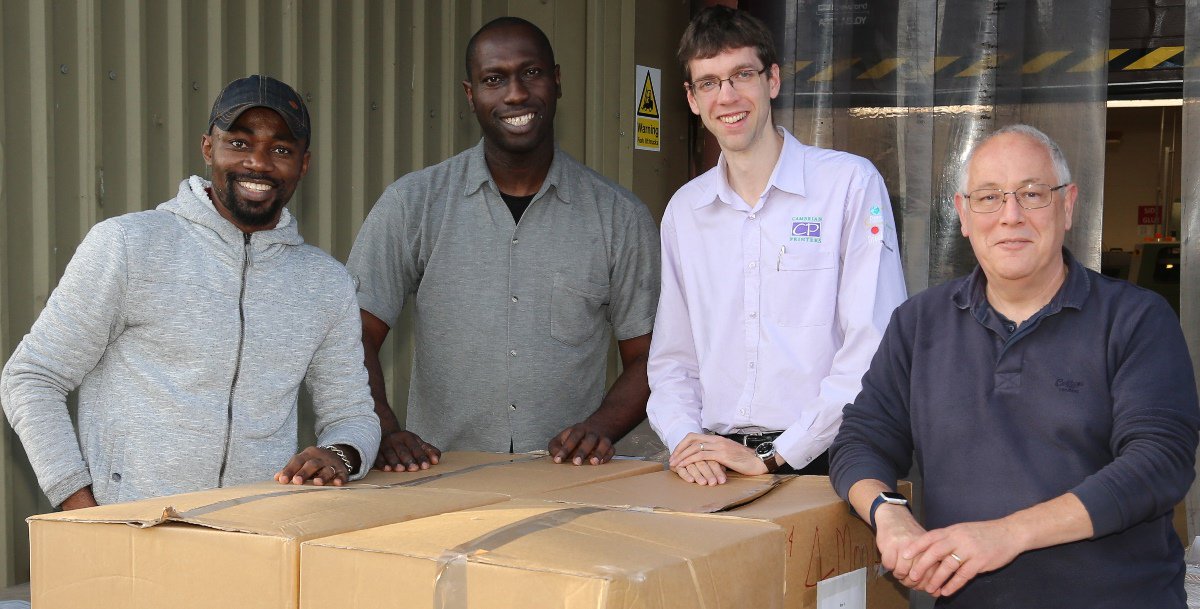 Computers from Aberystwyth University have found a new lease of life in Africa.

Staff at the Federal College of Animal Health and Production Technology in the Nigerian city of Jos, were facing the prospect of expanding their recently launched computer degree without enough computers for their students.

Their plight was brought to the attention of the Department of Computer Science at Aberystwyth by PhD student Edore Akpokodje.

Edore was head of the Nigerian college’s Computing department before coming to study in Wales.

As a result, 60 reconditioned computers powerful enough to run the software needed on the course have been shipped to Nigeria's commercial capital Lagos.

They are due to arrive there on Saturday 3 December 2016.

From Lagos they will be taken to Jos and installed in a new computer laboratory at the Federal College of Animal Health and Production Technology.

After being reconditioned, the computers were taken from Aberystwyth’s Computer Science Department to Cambrian Printers in Llanbadarn Fawr whose staff packed them ready for export, free of charge.

Professor Chris Price said: “We are delighted to be able to help our friends at the Federal College of Animal Health and Production Technology in Jos. It is great to see these computers being reused and put to good educational use, rather than recycled, as would have been the case here in Aberystwyth.

“I am grateful to colleagues here at Aberystwyth for making this possible and to Cambrian Printers who helped us pack everything for the journey,” added Professor Price.

“This donation of computers by the Aberystwyth University Computer Science department which was facilitated by Professor Chris Price has come as a very big relief to my College back in Nigeria,” said Edore.

“We were faced with the prospect of not having enough facilities for the newly mounted program. It will go a long way in strengthening our infrastructural base and I hope that this will be the beginning of a long and fruitful collaboration between our two higher institutions.

“I sincerely thank Dave Price (Director of Infrastructure, IMPACS), Sandy Spence and some of my PhD colleagues at Aber CompSci for all their help," added Edore.

As part of his PhD, Edore is working with Professor Price on the use of mobile phones in Africa to help farmers improve the quality of agricultural crops.

Edore and Professor Price will travel to Nigeria in January 2017 as part of their research, and are also planning to visit the new facilities at the Federal College of Animal Health and Production Technology during their time there.

The Federal College of Animal Health and Production Technology, Vom, Jos was established in 1941 and is the first higher institution in West Africa to produce graduate Veterinary Surgeons.

It presently has two campuses and offers nine academic programs with a population of over a thousand students.