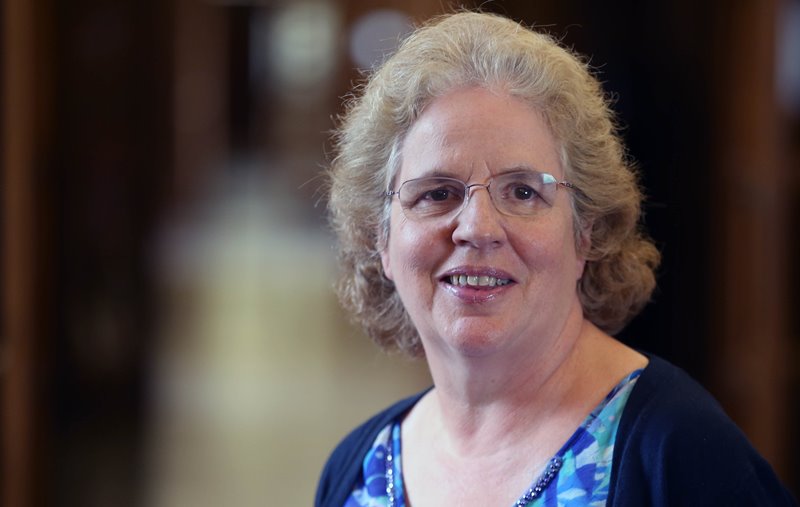 Professor Elizabeth Treasure has been appointed Vice-Chancellor of Aberystwyth University.

Professor Treasure is currently Deputy Vice-Chancellor at Cardiff University where she has responsibility for key areas including projects in strategic planning, resources and sustainable development as well as staffing and estates.

The announcement was made today (Thursday 15 December 2016) following a recruitment process led by the Chancellor and Chair of the University’s Council, Sir Emyr Jones Parry.

"I congratulate Professor Treasure on her appointment as the next Vice-Chancellor of Aberystwyth University,” said Sir Emyr Jones Parry.

“She impressed the selection panel with her strategic vision for the future of the institution, her intellect and her integrity. At a challenging time for the higher education sector, I am confident that Professor Treasure will lead this very special University to new levels of success.”

Professor Treasure holds a BDS in Dental Surgery and a PhD from the University of Birmingham.

Following a range of clinical roles in the National Health Service between 1980 and 1990, Professor Treasure moved to New Zealand where she concurrently held the roles of Public Health Dentist and Lecturer, then Senior Lecturer, at the University of Otago.

In 1995, Professor Treasure was appointed Senior Lecturer and Consultant in Dental Public Health at University of Wales College of Medicine, achieving promotion to Professor in 2000 and being appointed Dean and General Manager at the Dental School and Hospital in 2006.

She was awarded the British Dental Association's John Tomes Medal for scientific eminence and outstanding service to the profession in 2006 and a FDSRCPS (special) in 2011.

In 2010, Professor Treasure became the first woman to be appointed Deputy Vice-Chancellor at Cardiff University.

She is also currently an Independent Member (University) for the Cardiff and Vale University Health Board; a member of the Finance Committee of UCAS and the Health and Safety Committee of the Universities and Colleges Employers’ Association (UCEA); a trustee of the Penarth and District Lesotho Trust, and a Council Member of the Cathedral School, Llandaff.

“It is both an honour and a privilege to be appointed Vice-Chancellor of Aberystwyth University,” said Professor Elizabeth Treasure.

“Aberystwyth University has a long and proud tradition of excellence in teaching, research and student experience. It is my aim to build on these strong foundations, working with both the public and business sectors to help drive forward the economic and educational impact of the institution.”

“I am very aware of Aberystwyth’s significant contribution to the development of Welsh-medium teaching in the higher education sector and to the cultural life of Wales as a nation. As the next Vice-Chancellor, it is my firm intention to learn the language as a matter of priority to the standard specified in the job description so that I can embrace all aspects of Aber life.”

Professor Treasure is expected to take up the post in April 2017 and until then, Professor John Grattan will continue as Acting Vice-Chancellor.

“As a University, we owe a debt of gratitude to Professor Grattan for his commitment in steering the institution through this period of transition,” said Sir Emyr Jones Parry.

“As Pro Vice Chancellor with responsibility for the student experience since 2012 and then as Acting Vice-Chancellor since February this year, Professor Grattan has played a key role in improving Aberystwyth University’s position in the league tables – including our best performance to date in the National Student Survey in August 2016.”