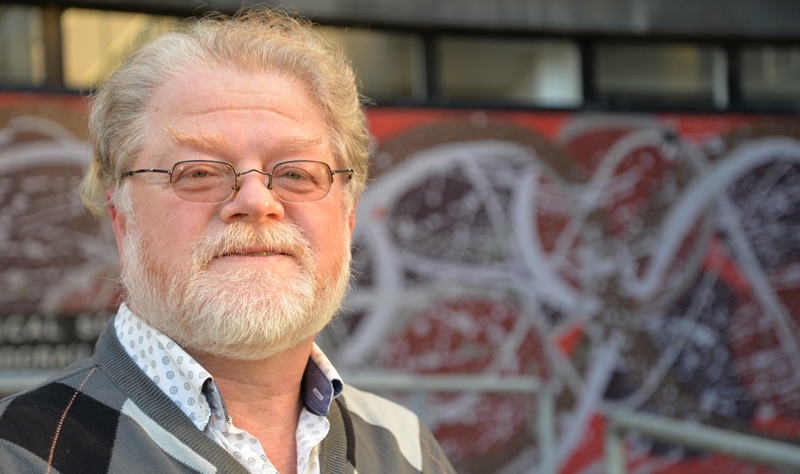 The work of an Aberystwyth University Mathematics Professor has been recognised by the Royal Society.

Professor Gennady Mishuris, who is Professor of Mathematical Modelling at the University’s Department of Mathematics, has been awarded the Royal Society’s Wolfson Research Merit Award.

The award provides up to five years’ funding to support cutting-edge research in the UK.

Originally from the Soviet Union and then Poland, Professor Mishuris has a PhD from Leningrad State University (now St Petersburg State University) and a Doctor of Science degree from Cracow University of Technology.

He joins a list of celebrated researchers who have been recognised by the Royal Society.

Professor Mishuris has previously been awarded a Marie Curie Fellowship, a Leverhulme Trust Visiting Research Fellowship and an Alexander von Humboldt Fellowship, and his work has been recognised by the Polish Ministry of Education for Scientific Research.

In 2014 he was made a Fellow the Learned Society of Wales.

Professor Mishuris’ most recent work has led to significant advances in the diagnosis of osteo-arthritis - a condition that affects around a third of people aged 45 and over in the UK.

He has also made a significant breakthrough in the mathematical and numerical modelling of hydraulic fracture, which is the propagation of fluid-driven cracks in solid material.

Hydraulic fracture can be encountered in many natural processes, such as subglacial drainage of water and volcanoes.

Its understanding is crucial in preserving the safety of dams, geological waste repositories, carbon capture and storage installations.

More recently, it has come to public prominence as energy companies have employed ‘fracking’ to exploit hitherto untapped oil and gas reserves.

Professor Mishuris said: “News of the award was a big surprise and I am extremely flattered by the recognition of the Royal Society. I couldn’t have done it without the support of my colleagues at Aberystwyth University and hope that this award will enable us to continue with our research and progress.”

Following the announcement, Head of Mathematics Professor Simon Cox said: “The appointment of Professor Mishuris has proven to be a great success for Aberystwyth. During his time with us, he has secured nine EU projects with a total investment that exceeds €10M. That he has been honoured as a Fellow of the Learned Society of Wales, as a Belvedere Professor (awarded by the President of Poland), and now a Royal Society Wolfson Research Merit Award holder, emphasises the quality of his work.”

“His group at Aberystwyth University has been instrumental in creating within the Mathematics department a rich, diverse, environment for world-class mathematical research and international collaboration”, added Professor Cox.

As a result of this award, Professor Mishuris will now be working on analysis of dynamic fracture of metamaterials.

These are complex structures that can be used to create cloaking devices or redirect waves of various nature and energy, and could potentially be applied to protect buildings from the effects of earthquakes.