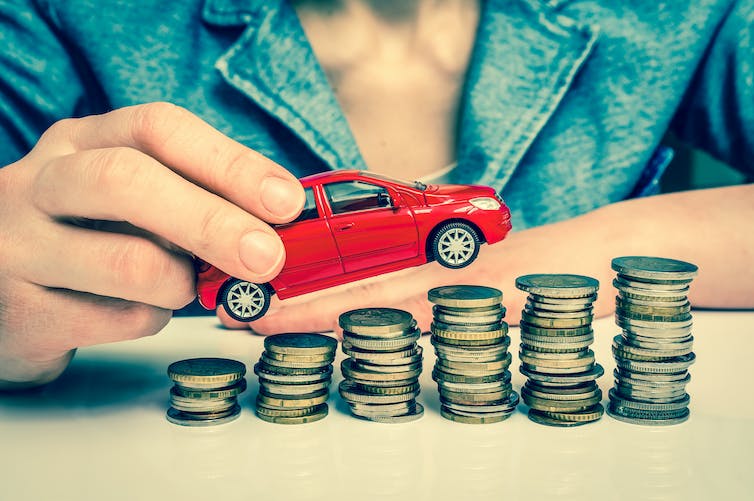 A recent call from MPs to put a 25p levy on disposable coffee cups, and bans on plastic products cropping up across the country, show that the UK is getting serious about tackling collective individual behaviour which threatens the environment.

Large-scale programmes aimed at changing people’s behaviour are rare – but they do happen. Take Britain’s various carrier bag charges, for example, which led to plastic bag use in England falling by 80% in just one year. But while these initiatives are definitely needed, we need to look at other, broader, solutions too. That’s why, in October 2017, the Welsh Assembly supported a feasibility study to look at piloting an environmental behavioural policy across Wales: personal carbon accounts.

Personal carbon accounts are a very simple idea: each month the government adds free carbon points to each person’s carbon account. The number you get is typically calculated using factors such as car usage and the type of house you live in. Every time petrol, diesel, electricity, gas or heating oil is purchased, a carbon debit card is used and the account balance reduced.

There is no limit to the amount of fuel a person can buy, but if the points run out, the price of the fuel would be increased according to the price of extra points. So if you start with 100 points and use them all up, you would automatically buy say, five extra points, when filling up the car to use on that purchase. On the other hand, if you only used 85 of your 100 points, the extra 15 points could be sold on to other account holders.

It seems like an easy-to-use initiative that could yield results. Yet in 2008 a previous government idea to use carbon allowances was dropped – so what is to say it will work 10 years on? To explain the logic behind the account, we need to look at the very nature of human behaviour and why initiatives such as the carrier bag charge worked so well to change our minds.

Broadly speaking there are three types of social conforming behaviours (“norms”), which when aligned and triggered can change behaviours permanently. The first is descriptive norms: we do things because others do them. Closely linked to these are injunctive norms. These are actions taken because we believe they are publicly approved as “the right thing to do”. And finally there are personal norms – what we believe in as a result of our upbringing, education or experiences. If policymakers can align these three norms and find a trigger, then people’s habits can be overridden and real changes made. 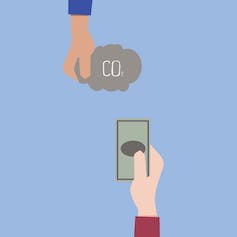 Looking at the plastic bag charge, research shows that most people’s personal norms consider waste to be bad. So they will save bags if the two public approval norms can be stimulated. The publicity campaign introducing the charge stressed the harm that plastic bags can do to animals as well as the visual impact of litter. This primed people to appreciate that avoiding plastic bag use was the “right thing to do” as well as being publicly approved.

There only remained one aspect to establish: subtly persuading individuals that most people bring their own bags to stores. Making this standard practice socially reinforces individual actions, becomes habit-forming and is likely to be sustained. The introduction of the 5p charge and the awkward conversation with the shop assistant about paying for bags triggers a loss-aversion process, which subliminally reinforces that buying plastic bags is neither normal nor “the right thing to do”. The pieces of the puzzle were assembled and the result has been terrific.

So how can we use the success of this one initiative to drive a new carbon scheme? Two main types of emissions-reducing carbon pricing schemes have been proposed internationally: carbon taxes and personal carbon accounts. Carbon taxes raise fuel prices to depress consumption and are straightforward. However research shows that people soon forget the reasoning behind higher fuel prices and the tax is mentally absorbed in the price of the fuel – making behaviour changes highly unlikely.

Personal carbon accounts, on the other hand, employ personal norms (we inherently dislike waste), as well as injunctive norms – we know that saving energy reduces pollution as well as being the “right thing to do”. And it involves everyone. Others are perceived to be managing their energy consumption, increasing the likelihood we will too.

The trigger is to avoid paying for more points. As with plastic bags, the intention is not to penalise households severely for excess consumption, but to use the growing understanding of behavioural patterns to change individual habits for the benefit of us all.

Users will mentally separate fuel from other spending and consume the monthly “free” points – which reduce over time – more carefully. It will bring carbon pollution to the forefront of people’s minds, and the framework makes it likely that the population will demand steady changes to regulations to aid them staying within the points allowance, facilitating greater energy saving.

It’s simple and can be effective, besides being another initiative that Wales can prove works for Britain. It was the first nation to introduce a carrier bag charge – and has statutory targets that have made it the second-best household recycler in the world behind Germany. If a pilot scheme proves that personal carbon accounts can be as effective as they should be, it could be only a matter of time before they are rolled out across the country.