Aberystwyth scientists tackle one of the world’s deadliest diseases 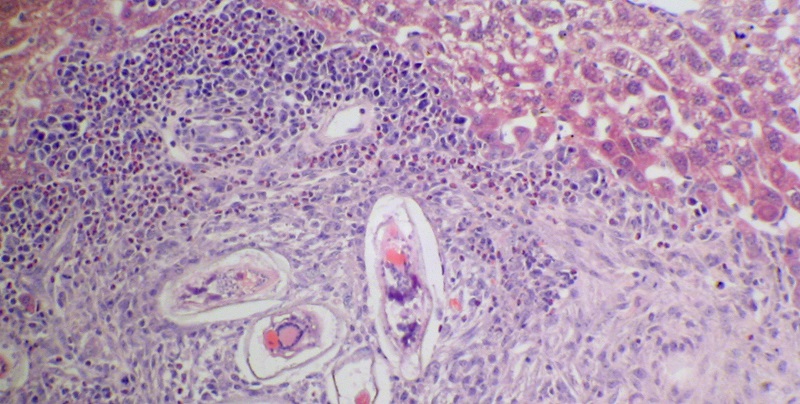 Advances by researchers at Aberystwyth University in the understanding of one of the world’s deadliest diseases have the potential to bring relief to thousands of sufferers around the world.

Schistosomiasis, also known as bilharzia, affects over 200 million people world-wide, and causes hundreds of thousands of premature deaths every year.

Caused by a parasitic flatworm found in snails in shallow freshwater, 85% of all cases are found in Sub-Saharan Africa.

People are infected during routine agricultural, domestic, occupational and recreational activities, which expose them to infested water.

Second only to malaria on the scale of devastating parasitic diseases, recent evidence suggests that the disease is moving into parts of Europe with cases reported on the Mediterranean island of Corsica.

Scientists at Aberystwyth University are studying the biology of the schistosome, the flatworm parasite which causes the disease.

Led by Professor Karl Hoffmann at the University’s Institute of Biological, Environmental and Rural Sciences, the team are looking for targets that may lead to the development new treatments.

Writing in the science journal PLoS Pathogens, Professor Hoffmann and colleagues report on a series of experiments that focus on the activity of proteins that are influential in the parasite’s ability to reproduce, once it has infected a person.

Professor Hoffmann said: “Not so long ago, human diseases caused by parasitic worms were thought to be confined to resource poor communities throughout Africa, Asia and South America. However, in this age of global travel and altering climate, parasitic worms are slowly, but surely, moving into parts of Europe and North America. The long term consequences of increased parasitic worm distributions are difficult to predict, but the harm that infection causes highlights the need for developing control strategies that can mitigate this 21st century threat to global health.

“We have spent the last two decades studying schistosome biology in order to identify parasite processes and targets that may lead to the development of new drugs or other treatments.

“Schistosomiasis is currently treated with Praziquantel, a highly effective drug developed in the 1970s, but there is no vaccine. The effectiveness of Praziquantel has meant that drug development has been complacent over the past 20 to 30 years and new treatments are required in case the parasite develops resistance to current treatments.”

The paper Methyl-CpG-binding (SmMBD2/3) and chromobox (SmCBX) proteins are required for neoblast proliferation and oviposition in the parasitic blood fluke Schistosoma mansoni was published on Thursday 28 June 2018 in the journal PloS Pathogens.

Professor Hoffman has also written about the challenges of tacking schistosomiasis in The Conversation: Parasitic flatworms affect millions in developing countries, but new research offers hope.