How humour can change your relationship 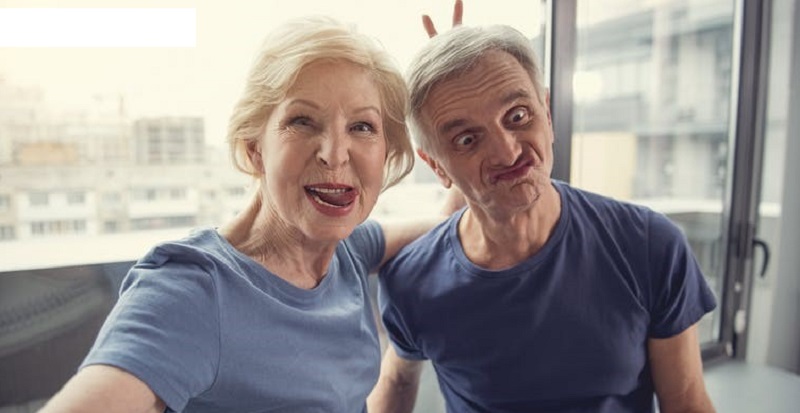 Writing in The Conversation, Lecturer in Psychology Dr Gil Greengross, discusses the role that humour plays in relationships:

A sense of humour is an attractive trait. There is abundant cross cultural evidence that shows that being funny makes you more desirable as a mate, especially if you are a man. But once the initial flirting is over, and you are in a romantic relationship, how large a role does humour play?

For dating couples, use of positive humour (for example, using humour to cheer up your date) can positively contribute to relationship satisfaction. The use of aggressive humour, on the other hand (teasing and making fun of your partner) has the opposite effect. These feelings can fluctuate on a day-to-day basis depending on each partner’s use of humour.

For long-term relationships, such as in marriages, couples generally share a similar sense of humour – although similarities in sense of humour are not associated with greater marital satisfaction, nor with longer marriages. Perhaps not surprisingly, the research that resulted in this finding also found that couples with fewer children laugh more, compared to couples with a larger number of children.

In another study, conducted with 3,000 married couples from five countries, both husbands and wives were found to be happier with a humorous partner, but this trait was reported to be more important for the marital satisfaction of the wives than the husbands. Interestingly, both husbands and wives thought that the husband was humourous more often. Regardless, married couples overwhelmingly say that humour has a positive impact on their marriages.

But what happens when things aren’t going so well? Humour is a great ice breaker and a social lubricant, but can it also help resolve conflict in marriages? In one study, researchers observed 60 newlywed couples when they discussed a problem in their marriage. They coded how much humour was used in the conversation. The couples also completed a measure of life stress. What researchers found when they followed up 18 months later was quite surprising. In couples that reported high stress, the more the husband used humour, the greater the chance the couple would separate or divorce.

By contrast, in a similar study with 130 married couples, a wife’s use of humour predicted greater marital stability over six years, but only if the humour led to a decrease in their husband’s heart rate. In other words, if the humour calms the husbands, then it might be beneficial to their marriages.

These two studies show the disparate function of humour for men and women. For men, humour might serve as a way to distract from dealing with problems in the relationship, perhaps in an attempt to reduce their own anxiety. Women, on the other hand, may use humour to create a more relaxed atmosphere that can facilitate reconciliation.

Laughing at you, not with you

In recent years, there has been much research on the topics of gelotophobia (the fear of being laughed at), gelotophilia (the joy of being laughed at), and katagelasticism (the joy of laughing at others). One study with a sample of 154 heterosexual young couples, who had been together an average of six years, examined whether any of these dispositions had a bearing on relationship satisfaction. You might expect that a person who likes being laughed at would be a good match with a partner that likes laughing at others, and this is indeed what the researchers found, though the correlation was not very strong. Overall, partners in romantic relationships tended to have similar preferences – they both liked being laughed at or to laugh at others at similar levels.

Looking at relationship satisfaction, people who scored high on gelotophobia reported the lowest satisfaction in their relationships, and felt less physically attractive, and less sexually satisfied, compared to low gelotophobians. This makes sense, as being in an intimate relationship requires opening up and being more vulnerable, something that may feel uncomfortable for a person fearing being judged and laughed at.

An interesting finding was that for men, having a gelotophobic partner reduced their own sexual satisfaction in relationships, probably because their partner’s insecurities make them less appealing. In contrast, women who loved being laughed at (gelotophilians) were more attracted to and enjoyed higher sexual satisfaction with their partner. No such effect was found with men. Also interesting was the finding that joy of laughing at others did not correlate with relationship satisfaction.

Looking deeper into the issue of sexual satisfaction, women appear to have the edge. Women who have humorous partners, enjoy more and stronger orgasms, compared to women who have less funny partners. Women with funnier partners also initiated sex more often and had more sex in general (indeed, for very good reasons). Such effects have not been found in women with higher humour production (the ability to come up with funny ideas on the spot) perhaps because it requires less effort to satisfy the sexual desire of men.

This result may highlight sex differences in light of sexual selection, where higher reproduction costs for women (being pregnant, breastfeeding, shorter reproductive window), make them choosier than men. In contrast, men with good senses of humour may signal their intelligence, creativity, warmth, and how friendly they are – traits that are important in any relationship, especially romantic ones, and are more valuable for women.