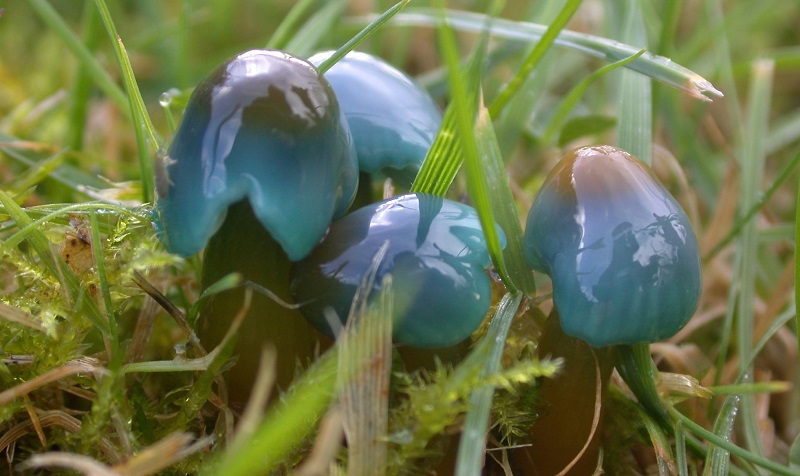 One of the Waxcap species detected by the eDNA technique

Rare species of fungi detected by a new environmental DNA technique developed at Aberystwyth University has led to the designation of a new Site of Special Scientific Interest (SSSI) near Birmingham.

In a world first, the Leasowes Country Park in Halesowen was denoted an SSSI on 7 February 2019 after scientists at Aberystwyth University used the innovative method to detect the presence of an unusually high diversity of waxcaps.

Developed by Dr Gareth Griffith, Reader in Mycology at the Institute of Biological, Environmental and Rural Sciences at Aberystwyth, the eDNA technique can reveal the existence of these colourful fungi at any time of year, even in the absence of any mushroom being formed. 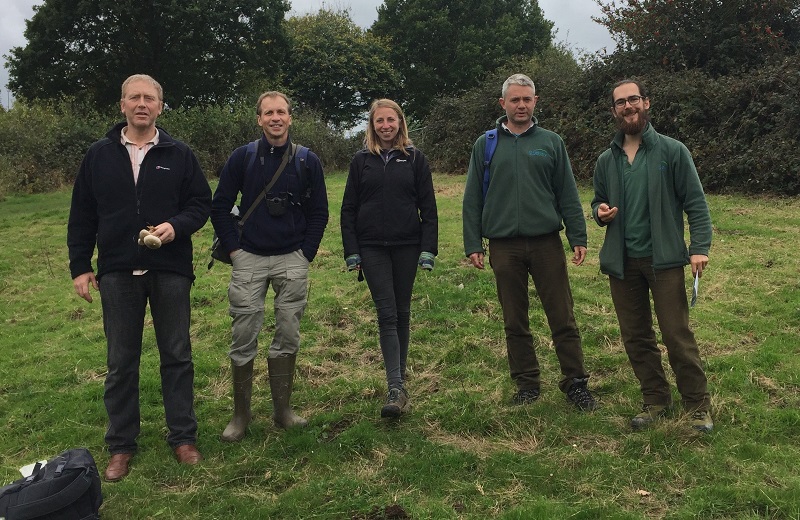 Dr Griffith was invited to deploy his new e-DNA method on the site by Aberystwyth graduate and Head Warden of the Leasowes, Antony Ravenscroft.

Dr Griffith said: “I was really pleased that Antony asked me to help explore what waxcaps could be found at The Leasowes using our eDNA method. It’s a great example of universities engaging with citizen scientists and I hope we get the opportunity to deploy the method at other wildlife sites.”

The recording of waxcaps at the site was initiated in 1994 by retired biology lecture Nick Williams.

By 2014, 23 species had been recorded, suggesting that the site might qualify for notification as an SSSI.

An initial survey using the eDNA technique by Dr Griffith discovered the presence of a further six species not previously seen fruiting as well as a particularly rare green earthtongue, part of the Microglossum olivaceum species complex.

Guided by Dr Griffith’s findings, Nick Williams and colleagues were able to survey the site in a more focused manner.

By 2016, they had discovered not only fruitbodies of M. olivaceumagg. but also a further three additional waxcap species, including the citrine waxcap, Hygrocybe citrinovirens which is listed as ‘Vulnerable’ on the International Union for Conservation of Nature (IUCN) Red List of Threatened Species.

The additional species were instrumental in pushing the species count “over the line” to 28, and leading to the site’s designation.

A later eDNA survey by Dr Griffith in 2017 of areas of The Leasowes currently in use as part of a golf course revealed additional waxcap species, justifying the inclusion of the whole site in the SSSI.

There are plans now to modify the management of the golf course areas to be conducive to the growth of waxcaps and in due course that fruiting of these additional species will be detected.

Katie Lloyd of Natural England, who is also an Aberystwyth graduate, is the adviser for the site and prepared all the notification documents.

Katie said: “This is a really exciting development; it’s only the third SSSI in England to be notified based on its grassland fungi, and it’s right here in the Borough of Dudley.”

To have an area of such nature conservation importance in such a densely populated area is most unexpected.

The West Midlands holds the second largest conurbation in the UK after London with a population of 2.6 million and the site is only a few miles away from the cradle of the global Industrial Revolution catalysed by James Watt and Matthew Boulton.

Halesowen itself was heavily industrialised with 130 working coal mines a century ago.

Natural England have worked with Dudley Council on several of their reserves for many decades and this designation has secured another nationally important site within the borough.

Emma Johnson, West Midlands Area Manager for Natural England, and also an Aberystwyth University graduate, said: “England’s Sites of Special Scientific Interest are essential to look after the very best examples of our precious natural heritage and wildlife for generations to come. We are delighted to designate the rare species-rich meadows and grassland fungi at The Leasowes”.

“It is a great example of how urban sites can hold nationally significant habitats, providing a wonderful place for both people and nature. The designation is a timely recognition of all of the management and conservation work that has gone into the site by wardens, volunteers and community groups over many years. We see the designation as an important step in making sure the place is enjoyed and thrives well into the future.”