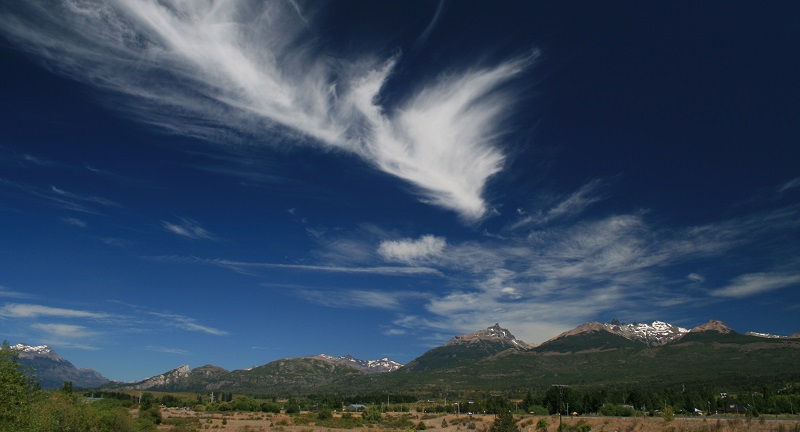 Argentinian Patagonia where Professor Stephen Tooth and Dr Hywel Griffiths will research into rivers, wetlands and human-landscape interactions with support from the British Council.

Two geographers from Aberystwyth University will travel to Argentinian Patagonia in March 2019 to build closer research links with the region.

During their trip, they will hold a series of workshops and talks for academics, government officials, university and higher education students, and a local Welsh Association.

The focus of their visit will be the Spanish and Welsh-speaking areas of the eastern part of Argentinian Patagonia, including the Universidad Nacional de la Patagonia’s campuses in Trelew and Puerto Madryn. The university also has campuses in Esquel to the west and Comodoro Rivadavia to the south.

The trip will draw on Professor Tooth and Dr Griffith’s research into rivers, wetlands and human-landscape interactions in Africa, Australia and the Americas, as well as in Wales.

Professor Stephen Tooth said: “The aim of this visit is to build an academic network for sharing knowledge and skills, and to collaboratively apply our research to tackle global challenges such as improving water security and managing flood risks. We also hope to further strengthen long-standing cultural links between Wales and Argentinian Patagonia, and are grateful to the British Council for their support in making this happen.”

Dr Hywel Griffiths said: “Stephen and I are both involved in research examining how climate change and land use pressures are threatening the future of rivers and wetlands. Some of our work is carried out in the Welsh uplands and although these areas are climatically quite different to Patagonia, there are distinct similarities in some of the challenges faced. Further collaboration could benefit both countries.”

Mary Godward, Country Director of the British Council in Argentina, said: "The British Council Higher Education Links programme is aimed at universities, both in Argentina and the UK, that seek to build long-term partnerships between both countries. The programme provides seed funding for universities to undertake joint research projects with a social impact. On this occasion, we are delighted to support the development of a research link between Aberystwyth University and the Universidad Nacional de la Patagonia, building on the many historical and cultural connections that already exist between Wales and Patagonia. This project is also an excellent example of a research collaboration focused on tackling important global challenges."

Professor Tooth is also the Chair of The Aberystwyth and Esquel People in Partnership Association, a twinning committee which maintains links between the two towns and which celebrates its tenth birthday in 2019.

To mark the anniversary, there will be be a free showing of the film ‘Patagonia’ starring Matthew Rhys at 7pm on 27 February 2019 at Ceredigion Museum, with an introduction by Professor Tooth.