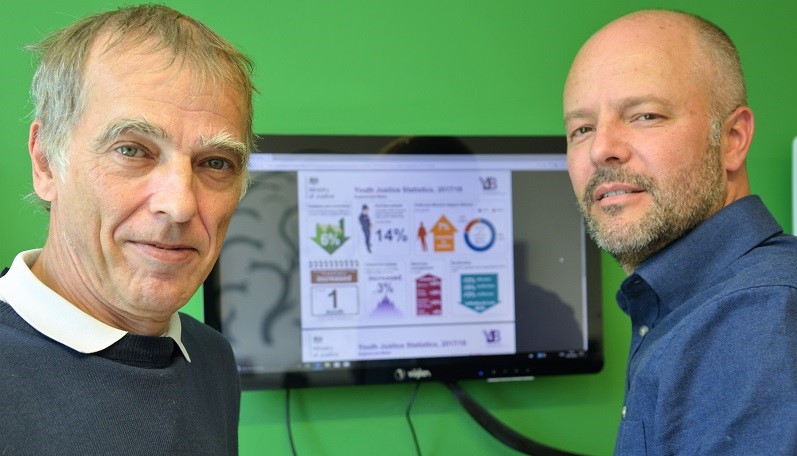 New research suggests that early intervention work with young people, schools and parents is leading to a reduction in crime rates.

The decline in youth offending since 2005 has been the subject of a joint study by Dr Gareth Norris from the Department of Psychology at Aberystwyth University and Dr Gwyn Griffith, Head of Youth Justice at Ceredigion County Council.

In an article published in the latest edition of the academic journal Crime, Law and Social Change, Dr Norris and Dr Griffith argue that reductions in crime rates for England and Wales since 2005 are largely due to a drop in offending by young people.

They say multi-agency interventions targeted at young people who were at risk of starting to offend are diverting them away from a life of crime.

A Senior Lecturer in Psychology at Aberystwyth University, Dr Norris has been working closely with Ceredigion County Council and the Home Office on two pioneering early intervention projects.

The first project in 2017-18 was aimed at limiting young people’s involvement in serious and organised crime (SOC).

The latest pioneering project ran from September 2018 - April 2019 and looked at interventions with younger children aged between 10-12 years who were at risk of being drawn into serious and organised crime.

Speaking about the two projects, Dr Norris said: “Our research clearly shows that early intervention works – despite a levelling off in the last decade or so in the adult figures, reductions in offending by young people has been the primary driver of continuing reductions recorded in overall crime rates for England and Wales from 2005 onwards. Young people are observing less crime generally and this is feeding forward into a reduction in those who go on to adopt criminal attitudes. However, we must be mindful that many young people are vulnerable and can be at risk of exploitation by criminal gangs in relation, for example, to county-lines drug supply.”

Dr Gwyn Griffith, Head of the Ceredigion Youth Justice and Prevention Service said: “Over the last 30 years there has been a growing understanding of the reasons why some young people are drawn into crime, and multi-disciplinary teams have been very active in identifying and providing support to young people who are “at risk” of being drawn into serious offending. This activity may have contributed significantly to a substantive reduction in youth crime across England and Wales since 2005.

“Furthermore, this reduction in young people offending has led to fewer young people growing up to become persistent adult offenders and overall crime rates across England and Wales have reduced as a direct consequence. The youth of today are often seen as being more dangerous and criminal that the youth of yesterday. However, an objective consideration of the facts demonstrates that in fact the opposite may be true, and Ceredigion County Council is delighted to be working with Aberystwyth University to support the safety and well-being of young people in our area.”

Dr Norris has also sat on a number of advisory panels on youth offending and serious organised crime for the Home Office and South Wales Police.

Explaining the crime drop: contributions to declining crime rates from youth cohorts since 2005 is published online by Crime, Law and Social Change.

Explaining the crime drop: contributions to declining crime rates from youth cohorts since 2005