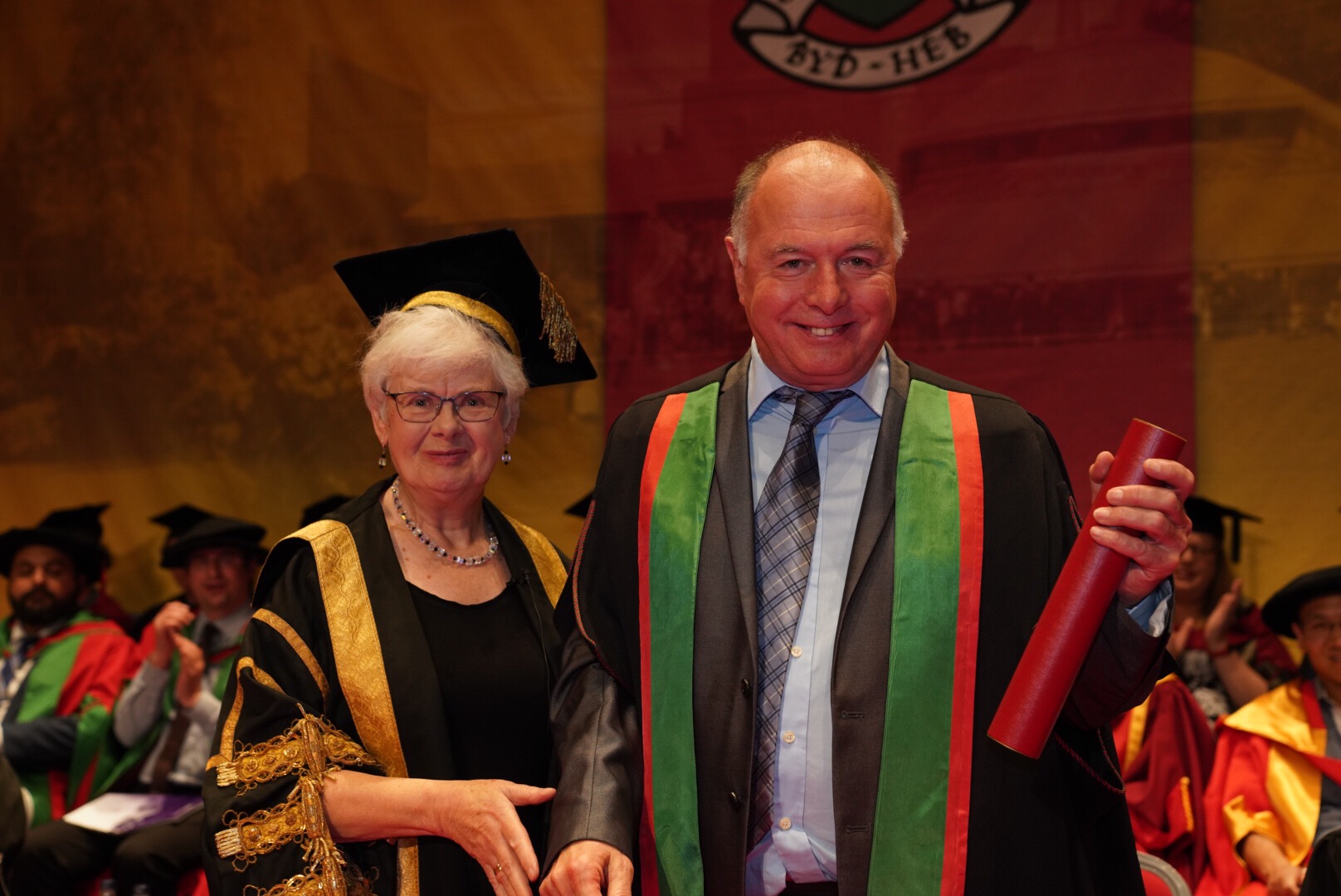 A peripatetic music teacher who worked for Ceredigion Music Service for 35 years has been presented as an Honorary Fellow of Aberystwyth University.

Originally from Treherbert in the Rhondda Valley, Alan Phillips began his music career playing brass with the local Treherbert Band whilst at school.

After leaving school he became a bricklayer - a skill which took him all over the UK and to Europe. Then, at the age of 23 he embarked on a Music degree at Aberystwyth, graduating in 1981.

After gaining a Post Graduate Certificate in Education from Cardiff, a chance encounter with some of his Aberystwyth friends led him to apply for the vacant brass peripatetic post in Ceredigion, to which he was duly appointed.

Over a 35 year career working for Ceredigion Music Service, Alan started the Aberystwyth Town Youth Band, and took numerous groups of young musicians to competitions at home and abroad.

Alan was presented as Honorary Fellow during the first of the University’s 2019 graduation ceremonies on Tuesday 16 July by Dr Rhodri Llwyd Morgan, Director of Welsh Language and External Engagement.

Pro-Chancellor, Vice-Chancellor, graduates and supporters.  It is an honour to present Alan Phillips as a Fellow of Aberystwyth University.

We are honouring Alan today because of his huge contribution as a peripatetic music teacher here in Ceredigion and for his tireless efforts in encouraging and inspiring young people locally to take an interest in music and helping them to develop their skills and confidence as a result.

Alan was brought up in the Rhondda Valley in South Wales.  He played brass with the local Treherbert Band.  He took up bricklaying for a few years but music remained his true calling and he graduated with a Music degree from Aberystwyth in 1981.  He qualified as a teacher thereafter before taking up the post of Peripatetic Brass Teacher in Ceredigion, a position he filled for thirty five years before calling it a day last year.

Many of you out there will know the dangers of the humble recorder in the wrong hands, or the aural trauma inflicted by a violin in the hands of the beginner. Or the doleful one-note parping of the novice trombonist. Not good.  And we’ve suffered as a family too.  We have not one Euphoniumist in our house but two.  Thankfully, miraculously even, under the guidance of dedicated and outstanding teachers, progress is made and you soon find yourself in Junior and Youth Band concerts nodding along to the James Bond refrain or silently whistling The Simpsons theme tune almost in a state of disbelief.

Alan is one of those outstanding teachers.

He has nurtured, motivated and inspired many hundreds of players during his career and a recurring theme among the people who know him well is that – no matter what your background or how much musical talent you may possess – Alan will get the very best out of everyone.  He helps each and every pupil to reach their full potential.

He has also guided many to aspire to the highest standards – a good number of his students, too many to mention, have gone on to professional careers – and the Aberystwyth Youth Band which, yes, Alan founded, has performed and competed nationally and internationally.  In their age category (16 and under) the Youth Band under Alan have even been crowned British Champions as well as coming a close second and third on several other occasions.

The people who know him appreciate very well that Alan puts the same effort into everything he does with music – from the junior school bands that compete in the Urdd Eisteddfod prelims or who go with him to ALL the local Care Homes in the area to perform on a regular basis.  Alan even takes a youth band with him into the local hospital to perform on Christmas Day – that he does this for other people’s enjoyment and that he inspires generations of young people to give up part of this special day to come with him says it all.

For your very special contribution Alan, you are thoroughly deserving of this recognition.

Pro Chancellor, it is my pleasure to present Alan Phillips to you as a Fellow of Aberystwyth University. 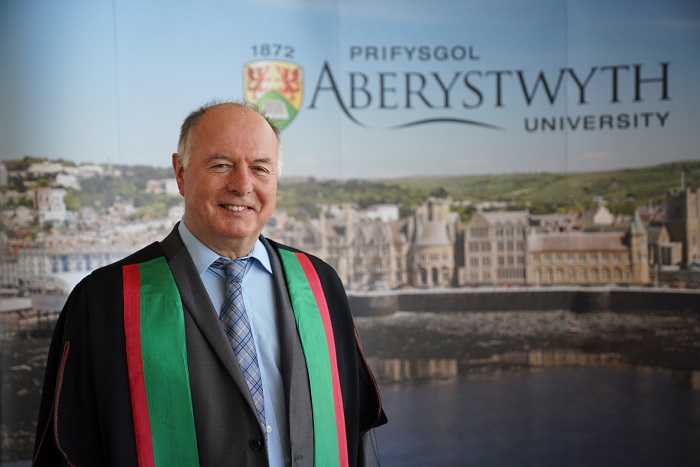 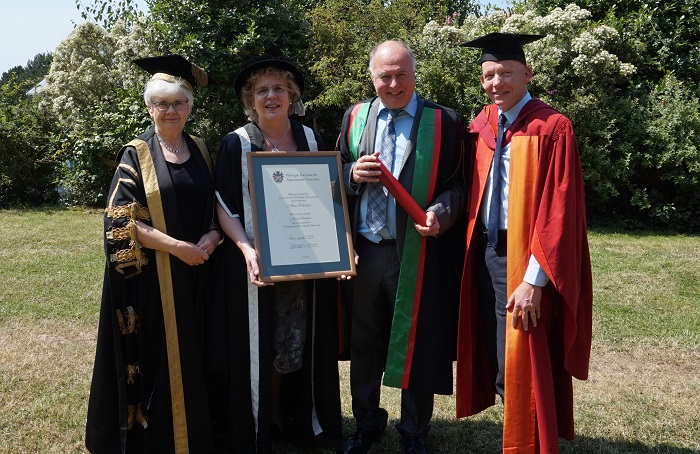