Are men really funnier than women? 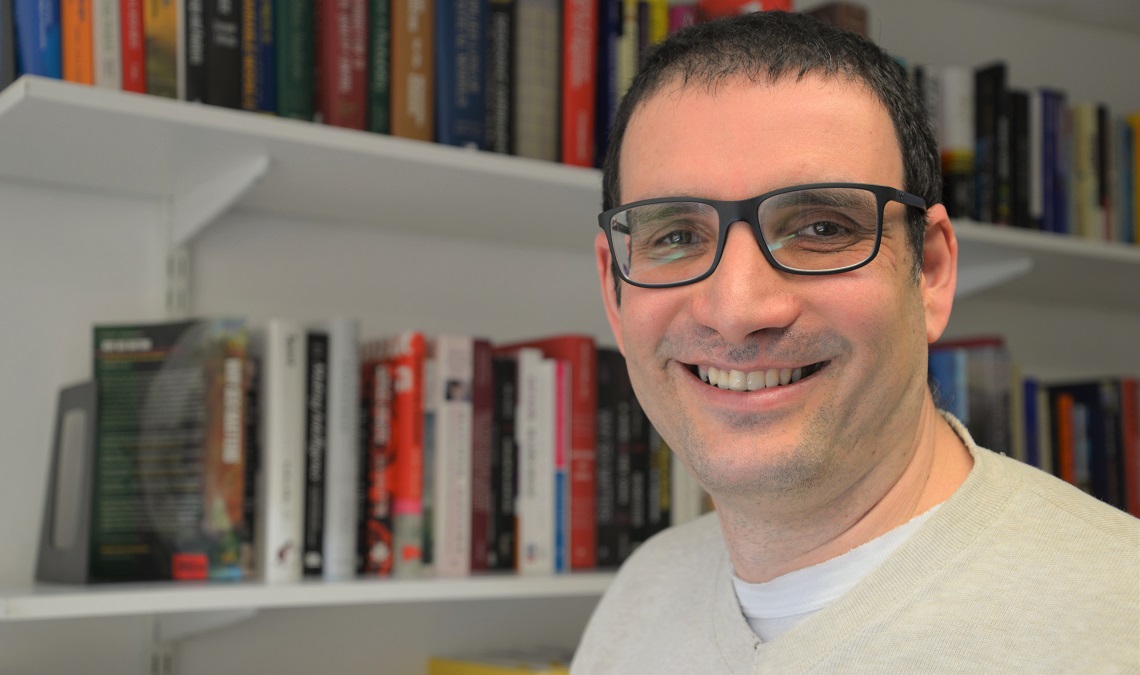 Evolutionary Psychologist Dr Gil Greengross is an expert on the psychology of humour.

Researchers at Aberystwyth University and the University of North Carolina have been putting the commonly held view that men are funnier than women to the test.

Evolutionary Psychologist Dr Gil Greengross from the Department of Psychology at Aberystwyth and Professor Paul Silvia and Dr Emily Nusbaum from the University of North Carolina at Greensboro, have undertaken the first ever systematic review comparing men's and women's ability to produce humour.

They systematically reviewed studies worldwide that looked at sex differences in humour ability, and used meta-analysis to calculate the difference.

They also looked at possible cultural and evolutionary explanations to explain the variance.

Their findings, published in the Journal of Research in Personality, show that on average men have higher humour production ability than women.

Dr Greengross said: “Humour is a complex phenomenon that involves social, emotional, physiological, cognitive, cultural and evolutionary influences, to name a few. One important aspect is the ability to make others laugh.

The research team focused on studies where men's and women's humour ability was evaluated objectively. For example, a study where subjects were provided with a cartoon and were asked to write a funny caption to accompany it.

These captions were then rated by independent judges for funniness, without knowing anything about the person who had written the caption, including their sex.

The researchers then calculated sex differences on the combined sample and found that 63% of men score above the mean humour ability of women, meaning that men were, overall, rated funnier than women.

They then looked for a long list of possible confounding variables that might explain the difference - the countries where the data come from, the sex of the authors doing the research, age of participants, whether there were more men or women judging the humour—none of it made a difference in their analysis.

“Why would men have higher humour ability than women on average? It is possible that the view that women are less funny is so pervasive that societal forces discourage girls and women from developing and expressing their humour, making a woman less likely to be perceived as funny. There is, however, minimal evidence to support the view that our society suppresses women from producing and exhibiting humour.

“On the other hand, the evidence does suggest that humour plays a major role in mating, with a strong evolutionary basis. Humour is strongly correlated with intelligence, which explains why women value men with a great sense of humour, as intelligence was crucial for survival throughout our evolutionary history when we mostly lived in hunter-gatherer groups.”

“Men, on the other hand, prefer women who laugh at their humour. That means that over our evolutionary history, men likely had to compete harder with other men to impress women with their sense of humour. Plenty of evidence supports this view, showing how important it is for women to find a man with a great sense of humour, while men generally do not place a high value on women's humour production ability.”

Sex differences in humor production ability: A meta-analysis is published by the Journal of Research in Personality.

A blog published by Dr Gil Greengross Are Men Really Funnier Than Women? Is published online in Psychology Today.

Journal of Research in Personality
Sex differences in humor production ability: A meta-analysis

Are Men Really Funnier Than Women?