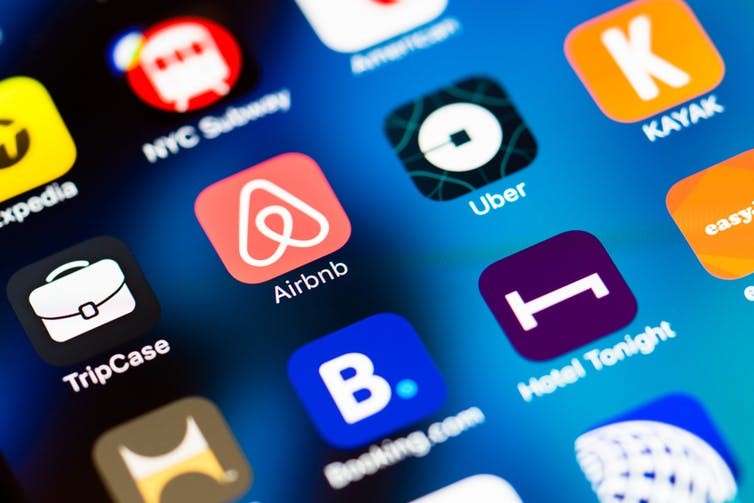 Writing in The Conversation, Reader in Law Dr David Poyton discusses how digital platforms have revolutionised the services we use, but the EU needs to reconsider its approach if digital platforms are to thrive:

Digital platforms such as Uber and Airbnb have revolutionised the services we use. But progress rarely comes without a price and a certain amount of controversy.

Recently, both companies found themselves (separately) in the highest court of the EU, with cases considering the union’s core principle of freedom of movement.

The central question at stake was which laws these digital businesses should obey. Should they be subject to the different laws of each member state? Or could they benefit from free movement principles and be required only to obey the laws of the state where they are established?

The significance is considerable. Being subject to the laws of 28 different countries could mean substantial additional administrative and legal costs. More importantly, the outcome may affect the regulatory approach to “new economy” businesses in the future.

The key legal issue for the court was whether the platforms should be classified as “information society services” (ISS) – the EU’s term for an electronic service delivered at a distance. A company defined as an ISS enjoys the benefits of free movement.

In its December 2019 judgment, the European Court of Justice concluded that Airbnb and Uber should be treated differently.

The ECJ previously concluded that Uber was not an ISS. This was (partly) because Uber directly offers a transport service, and without the Uber app, the drivers would not be able to offer that service. The court also concluded that Uber has “decisive influence” over the economically significant aspects of the service. That is, they dictate the price.

By contrast, the court decided that Airbnb is an ISS and is entitled to the benefits of free movement. This was partly because Airbnb did not directly offer users accommodation services, and that hosts could offer their accommodation services independently of the platform (using their own websites, for example). Also, Airbnb was not considered to exercise “decisive influence” over the economically significant aspects of the service. It is up to Airbnb hosts to set prices.

But there are major problems with this reasoning. First, the basis for differentiating these two platforms is difficult to reconcile with the practical realities of the business models they adopt.

Second, the underlying rationale appears to indicate that platforms should limit their influence over the activities of users if they wish to benefit from free movement provisions. This is not what regulators – or the public – need.

The ECJ differentiated the platforms on two grounds – the ability of users to successfully operate without the app, and the exercise of “decisive influence” over the service provision.

The rulings acknowledge that drivers could continue to operate without the Uber app (as independent cab drivers), but suggest it would be more difficult and less successful. By contrast, short-term accommodation hosts could readily provide their services independently of the Airbnb platform.

As business ideas, both vehicle hire and accommodation letting have been around for some time. But in both models a new digital platform has revolutionised their scale and success. The “economic interest” in both cases actually lies in the efficiency and popularity of the platform – not whether the users of the platform could operate independently of it.

With Uber, the “decisive influence” that the platform exercised was considered capable of making the physical service (being driven somewhere) inseparable from the electronic. The fact that Uber controlled pricing, collected payment, and set standards for vehicle quality and driver conduct supported the conclusion that the Uber app was an integral part of the service.

With Airbnb, the ECJ concluded that the platform does not exercise the same control and influence over the services being offered. They do not dictate the “location or standards” of the accommodation, and although they collect payment in a similar way to Uber and offer a “Smart Pricing” tool, Airbnb does not set fees.

But this conclusion overlooks a fundamental point. The value to suppliers lies in the platform itself – the usability and market reach of Airbnb and Uber. Both enjoy a position of influence over their end-service suppliers because without them, success would diminish considerably.

The solution provided by the platform reflects the best solution to achieve the end goal – a competitive product.

Perhaps more significantly, the approach adopted by the ECJ in these cases risks incentivising platforms to adopt a more “hands off” approach to the end service, so their influence appears less decisive. This could make regulating the digital economy more difficult because the most efficient form of regulation would place responsibility and accountability for standards on the platforms themselves.

With dated EU provisions and further regulatory guidance still some way off, the ECJ decisions have resulted in a rather unsatisfactory situation when it comes to the ability of platforms to capitalise on free-movement principles. The judgements may also encourage legal advisers to tell their clients that less influence over end users is a better approach.

Capitalising on technological developments and innovative ways of doing business should be a priority for any state, region or city. In order to succeed, a clear, favourable and efficient regulatory environment is needed.

This can only be achieved if the platforms themselves are given the responsibility of ensuring that standards are maintained by the end users. Their influence must be more decisive, not less.