Hemp growing trial for potential use in Welsh agriculture 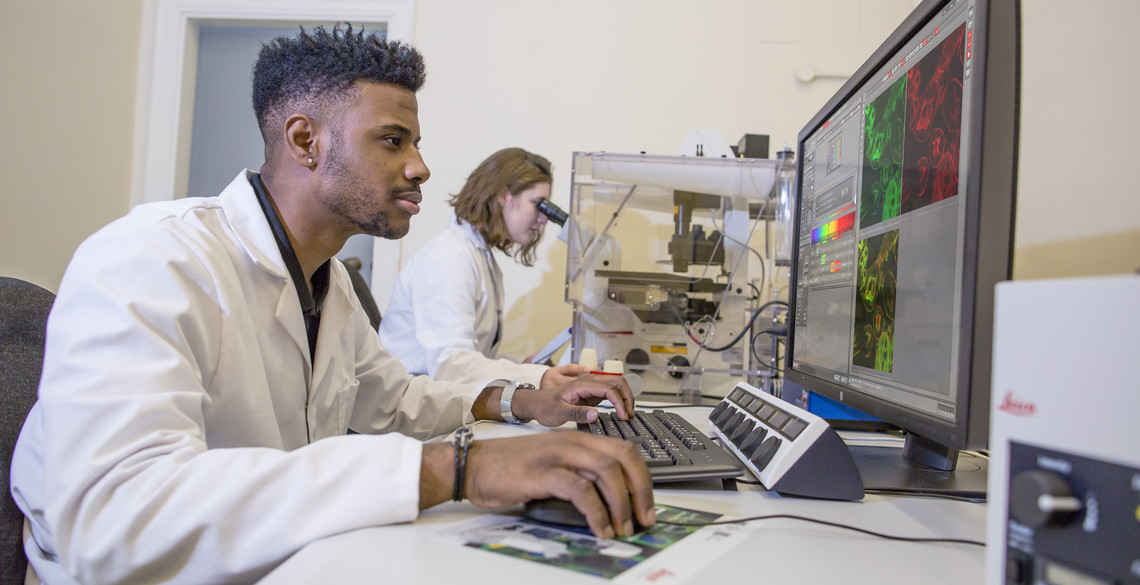 New research on the potential of growing hemp seed and fibre on Welsh farms for industrial purposes is underway at Aberystwyth University.

The preliminary study is looking at how a range of varieties perform under local conditions to test the viability of this crop for agriculture in west Wales.

Industrial hemp seeds provide protein and oil and its fibre has many applications ranging from paper, cloth, parts for the automotive industry, hempcrete for the construction industry, briquettes for fuel, and animal bedding.  Despite a common misunderstanding the industrial hemps grown in the UK are all varieties with negligible levels of the psychoactive substance THC.

With Welsh Government funding, trial plots of 8 different varieties of hemp are being planted by researchers at Aberystwyth University’s Institute of Biological, Environmental and Rural Sciences (IBERS).

Dr Ana Winters is leading the project at IBERS and said:

“The hemp varieties we are growing are part of a project exploring the potential role for this crop in Welsh agriculture. This seed and fibre crop trial is intended for industrial purposes. It has good environmental credentials being a deep rooting plant which is good for soil structure with a low requirement for pesticides and herbicides.”

Varieties of cannabis grown as hemp can be mistaken for the drug cannabis, but there are significant differences: the industrial hemp varieties grown in the UK today have negligible levels of psychoactive substance.

This industrial hemp crop is grown under Home Office licence. There is a long-standing light touch licensing process, specifically designed for cultivation of hemp for seed and fibre for industrial purposes.

Dr Ana Winters said: “The support framework provided via the Home Office licence is key to generating a meaningful trial, as it enables the research team at IBERS in Aberystwyth to trial the growth and viability of industrial hemp for seed and fibre over three growing seasons.”

Hemp is one of the oldest domesticated crops in the world. It originated in central Asia and traces of hemp fabric dating back to 8000BC have been found in the middle east. Historically used to make paper and cloth, and because of its high resistance to salt water it was the material of choice for sails, ropes and rigging for ships.

In 1533 Henry VIII made it compulsory for all UK farmers to grow hemp to enable expansion of the navy. Hemp saw a decline in popularity in the 20th century due to the invention of alternative materials, and concerns about its narcotic properties. It enjoyed a temporary revival during WW2 but it was only in the 1990s with the development of new varieties that hemp was once again considered as a useful agricultural crop.

Dr Ana Winters concludes: “We believe that hemp can become an important crop again and be used to provide a range of sustainable products. Our immediate aim is to identify those varieties suited for growing in Wales now but also to consider how varieties can be improved in the future.”