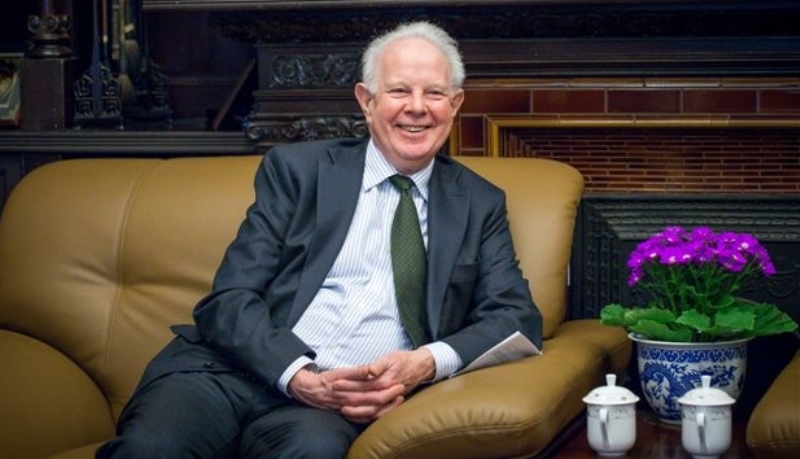 The Chancellor, fellows and alumni of Aberystwyth University are among those joining the National Eisteddfod’s Gorsedd of the Bards, it has been announced.

The list of honours has been published by the National Eisteddfod ahead of the festival being held in Tregaron in Ceredigion next year.

Amongst the recipients is the Chancellor of Aberystwyth University, Lord Thomas of Cwmgiedd, who has been honoured for his contribution to the Welsh language in the justice system. He was a High Court Judge and Presiding Judge of the Welsh Circuit prior to his promotion to the Court of Appeal, and Lord Chief Justice of England and Wales. He ruled in a number of cases concerning the constitution of Wales, emphasising the importance of the Senedd as the democratic voice of the people of Wales.

Speaking about his honour, Lord Thomas of Cwmgiedd, Chancellor of Aberystwyth University commented:

“It’s an enormous honour to join the Gorsedd. As the Chancellor of Aberystwyth University, it’s especially pleasing to join this prestigious body in Ceredigion, a county that is very close to my heart.

“It’s an incredible privilege, and I hope it is a sign of the increasing importance of the Welsh language in the field of law and the administration of justice. It will be lovely to share the experience with so many Aberystwyth alumni and staff, who have also been honoured, when we have the opportunity to meet at the Eisteddfod next year. This is a testament to their values and the University’s commitment to Wales and the Welsh language.”

“On behalf of Aberystwyth University I would like to congratulate all the Aberystwyth alumni and members of staff who are on the Gorsedd honours list for the National Eisteddfod. It’s great to see so many academics, both former students and staff, being recognised for their tireless work. This is well-deserved recognition for their special contribution to their communities, the nation and the Welsh language, something which is very close to our heart here in the University. This is one of the greatest national honours that one can receive, and we look forward to celebrating with them and taking pride in their success in Tregaron next year.”

The honours, presented annually, are an opportunity to recognise individuals from all parts of the country for their achievements and their commitment to Wales, the Welsh language and to their local communities across the whole of Wales.

In line with the Gorsedd of Bards’ arrangements for honouring new members, all new members are admitted at the same level, irrespective of whether they are honoured with Blue or Green robes.