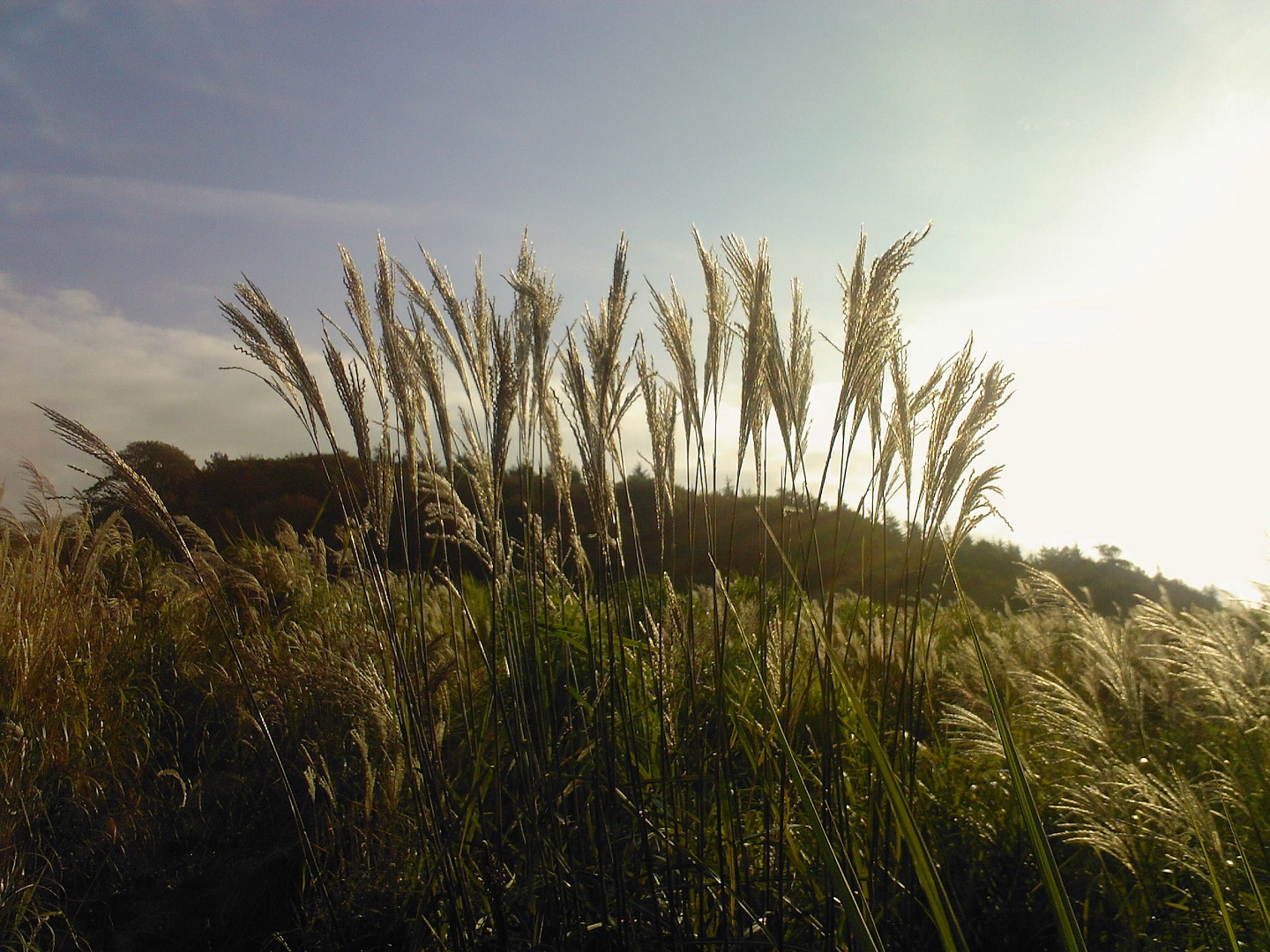 New sources of biomass energy will be unlocked thanks to a world-first sequencing of a plant’s genome by an international team of scientists, including researchers from Aberystwyth University.

The international collaboration has sequenced the genome of the Miscanthus grass, expediting its development as a source of low carbon electricity generation.

Biomass crops grow quickly by sucking carbon dioxide out of the air and fixing it into sugars that can be used as fuel or converted to chemicals.

Miscanthus, also known as Asian elephant grass, is a perennial plant that can be grown in Northern Europe. It has multiple end uses, with the main use in the UK currently being combustion for low carbon electricity generation. It does not require fertiliser, and has wider environmental benefits, such as of improving soil structure, increasing soil carbon and decreasing flood risk.

Currently a single hybrid type is grown, but efforts are underway to produce varieties with increased yield, that are adapted to future climates, and suited to different energy and industrial uses. A major limiting factor to Miscanthus improvement is the large complex genome, but now for the first time an international consortium of scientists, including researchers at Aberystwyth University, have sequenced the genome.

The research findings have been published in the journal Nature Communications. Dr Kerrie Farrar from Aberystwyth University, one of the research paper’s authors, commented:

“Miscanthus is closely related to other species such as sorghum, sugarcane and maize. Although plant genomes are often extremely complicated, we understand the function of many of the genes in other plant species. So when different plants use similar genetic tactics to each other, we can use this information to help understand how less well studied species work, and this makes the job of breeding new varieties much easier.

“This is particularly important in a large perennial crop such as Miscanthus. Rather than waiting for a plant to reach maturity before its physical characteristics become apparent, we can identify promising offspring based on the genes they inherited from their parents.
“Unlocking the secrets of the genome means that we can accelerate the development of new varieties with enhanced productivity that will contribute to tackling climate change.”

As well as Aberystwyth University, research institutes from around the world contributed to the research, including universities in the USA, Japan, China, Ireland and Korea.

Professor Iain Donnison the Head of the Institute of Biological, Environmental and Rural Sciences (IBERS) at Aberystwyth University added:
“It is great to see this international collaboration coming to fruition. This success in sequencing the Miscanthus genome is a vital step forward in tackling climate change. These crops are already cutting carbon emissions as an energy source in several countries. These new findings can only build on that progress as governments around the world seek to meet net zero targets.”

The Institute of Biological, Environmental and Rural Sciences (IBERS) at Aberystwyth University is the leading UK institution in the development of Miscanthus for bioenergy. Their research work is funded by The Biotechnology and Biological Research Council (BBSRC).

Professor Melanie Welham, Executive Chair of the Biotechnology and Biological Sciences Research Council (BBSRC) added:
“Sequencing the complex genome of miscanthus is a great achievement. This advance demonstrates the power of international research collaboration in the pursuit of low-carbon energy solutions. By contributing funding to projects such as this, BBSRC demonstrates just how research can result in breakthroughs that can benefit society and the economy.”

An example of plants using similar genetic tactics to each other is highlighted in another US collaboration research breakthrough at Aberystwyth University. Here, a genomic region was identified that is highly conserved in several bioenergy grasses, and contains genes known to be involved in controlling flowering time in other species. Explaining her findings published in the journal GCB Bioenergy, Dr Elaine Jensen commented:

"Many energy grass species are diverse, and therefore a great resource for breeding new varieties suited to different environments and uses. However, producing seed requires synchronized flowering. Flowering time is complex, and controlled by a number of genes. This finding demonstrates that similar mechanisms of controlling flowering seem to exist in different perennial grasses, and provides a potential tool to speed up the breeding of new varieties. This is really important as we seek to reduce our dependence on fossil fuels and increase the availability of sustainable, carbon neutral energy sources."

Links to the papers: