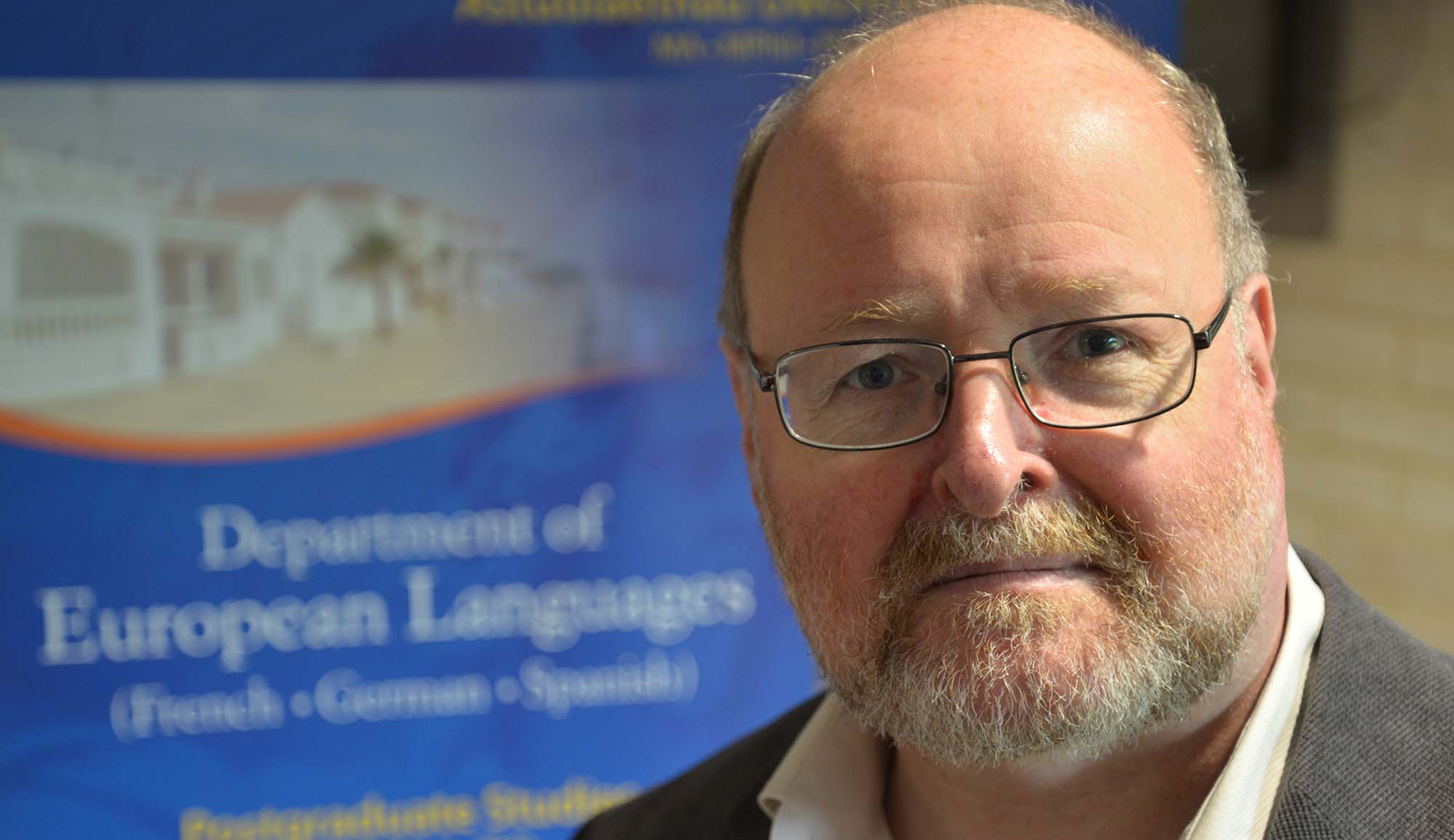 Editing texts written in the Anglo-Norman language will be the focus of this year’s David Trotter Memorial Lecture.

Hosted by the Department of Modern Languages at Aberystwyth University, this year’s lecture will be delivered by Professor Daron Burrows of Oxford University on Thursday 28 October 2021 at 6pm.  The lecture will take place online, making it accessible to a wider audience.

His lecture,‘On Editing Anglo-Norman Texts: The Verse Psalter, for example’, will demonstrate his profound expertise in editing medieval texts written in the Anglo-Norman language – the variant of French that was used in medieval Britain and that pervaded so much of British culture.

Dr Gabor Gelleri, of the Department of Modern Languages at Aberystwyth University said: “The David Trotter Memorial Lecture is one of the highlights of every academic year within the Department of Modern Languages. It was introduced in 2016 to honour the work and the legacy of Professor David Trotter, former Head of the department, a world-leading scholar on the history and regional varieties of French, and the creator of the Anglo-Norman Dictionary team in the department.

“This year, we are delighted to welcome a prominent specialist of Anglo-Norman literature and philology, Professor Daron Burrows of Oxford, who will be sharing with us his experience editing of the rhymed Anglo-Norman Psalter. Past talks in the same series are available at the Anglo-Norman Hub: https://anglo-norman.net/memorial-lecture-introduction.”

Professor David Trotter was a leading international authority on French language and lexicography, a former president of the Société de Linguistique Romane and a corresponding member of the Paris-based Académie des Inscriptions et Belles-Lettres. A graduate of Queen’s College Oxford, he joined Aberystwyth University in 1993 and was Professor of French and Head of the Department of Modern Languages for over two decades. He was Chief Editor of the Anglo-Norman Dictionary between 2002 and 2015.

The David Trotter Memorial Lecture 2021, ‘On Editing Anglo-Norman Texts: The Verse Psalter, for example’ takes place online at 6pm on Thursday 28 October.  The lecture is open to all interested members of the public, students and staff, who are asked to e-mail modernlangs@aber.ac.uk in order to receive a Microsoft Teams invitation.