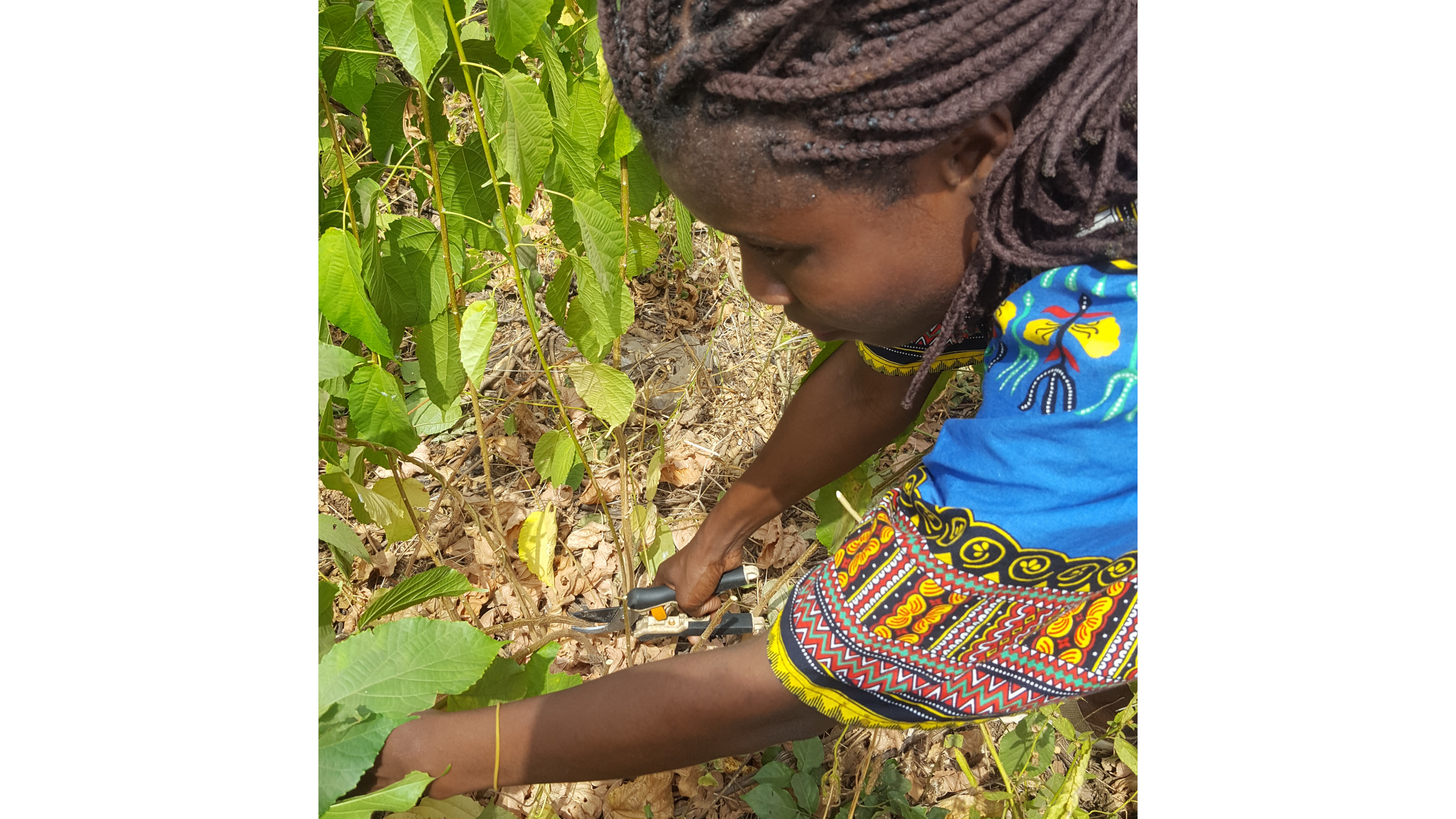 A chemical found in a leaf used to make a traditional African remedy is an effective treatment for a genetic disease affecting millions of people around the world, according to Aberystwyth University research.

Common in areas of west Africa and made with leaves from the Christmas Bush plant (Alchornea cordifolia), a drink known as ‘blood tonic’ is used by sufferers of sickle cell anaemia, a genetic disease that causes changes in the oxygen carrying protein in human red blood cells.

The research findings, published in the Journal for Clinical Research, identify a key chemical from the Christmas Bush’s leaves that can reverse red blood cell sickling.

Over twenty million people across the world are affected - including countries in West Africa, the Caribbean, South America and India - with estimated rates of mortality at 15.3% for infants and 43.3% for those under the age of 10.

In Nigeria alone, around 150,000 children are born with sickle cell anaemia each year, with half of them likely to die before their 10th birthday.

Juice extracted from Christmas Bush leaves is used to make ‘blood tonic’, a remedy to treat the symptoms of sickle cell anaemia.

However, the effectiveness of the leaf’s chemical had not been established until the publication of the results of this research by scientists in Wales, China and Nigeria.

Molecular biologist, Dr Olayemi Adeniyi, who herself suffers from sickle cell anemia, was one of the researchers at Aberystwyth University who made the discovery.

“This disease is a very heavy burden for people in many countries around the world, including Nigeria, and I hope this paper will give people confidence that there is a way to manage it. Until now there has been no scientific proof of the plant’s effectiveness.

“The research is particularly important because so many people affected by sickle cell disease live below the poverty line and have no access to medicine. The plant grows in bushes and is relatively easy to grow on fertile land - all you need are seeds.

“It’s crucial that people in the countries affected, Africa in particular, hear that this plant’s benefits have now been scientifically proven. Our findings show that this is a treatment that has firm scientific foundations, not just psychological ones.”

As well as demonstrating that the leaves of the Christmas Bush may be a good way of managing the disease, the research opens up the possibility of developing drugs or enhancing the treatment’s potency in the future.

The research project was conducted and financed by Aberystwyth University, the China Academy of Chinese Medical Sciences, the Nigerian Government’s TETFund, and the Life Sciences Research Network Wales.

It is also part of a wider co-operation agreement between Nigeria’s Federal Polytechnic of Ado Ekiti and Aberystwyth University.

“Our work has established that the chemical in the Christmas Bush leaves is effective in reducing the symptoms of sickle cell anaemia. It is part of wider research testing the efficacy of traditional remedies.  We in Aberystwyth are working with the Arteminsin Research Centre in Beijing and examining how medicinal herbs could be new sources of drugs.  Our project with the Federal Polytechnic of Ado Ekiti in Nigeria on the Christmas Bush has been part of this. This international partnership shows how collaborative work is meeting important clinical needs.”